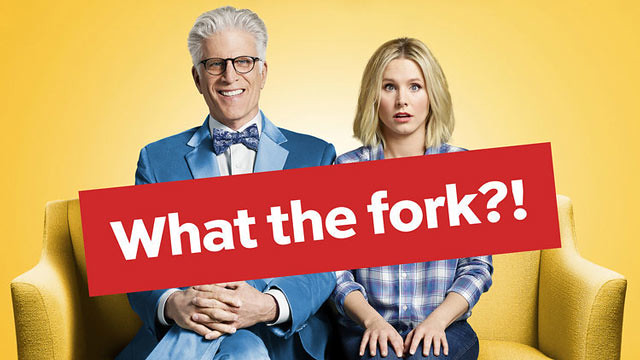 A new thing I have decided to try and do this year is to give monthly entertainment recommendations, both because I have a lot of love for television shows/ movies/ books I consume, and also in a bid to force myself into a more disciplined balanced life (with work and a decent amount of hopefully enriching media consumption). Lets see how long I stick to this, but this month, here I am with The Good Place.

I first heard of The Good Place whilst I was in LA. We were at Universal Studios Hollywood, which is a wholly mediocre theme park remedied mainly by the fact that they had an hour long ‘ride’ called The World-Famous Studio Tour, where you go on this cart and they bring you around 13 blocks of the historic studio lots (which are still being used today!) and show you the behind the scenes movie magic stuff. It’s super super cool, and when we were on the tour the guide excitedly told us to be quiet at some parts because a show was being filmed live in one of the lots. That show was The Good Place.

So when I saw the show on Netflix, I thought – eh, why not? BEST. DECISION. EVER. The show stars Kristen Bell, who I first fell in love with during her Veronica Mars era, and who later on went to act in many movies you’ve probably seen – forgetting sarah marshall, you again, bad moms, and arguably her most prolific roles – the voice of Gossip Girl and Princess Anna in Frozen. Kristen Bell is basically extremely likeable, though I think she gets pretty b-grade roles, so I’m really excited that she’s the star of such a great series again!

The premise of The Good Place is fresh – Eleanor, played by Kristen Bell, wakes up in the afterlife and is told to relax, for she is finally in The Good Place. The Bad Place is for everyone who doesn’t live the absolute best and moral lives, which means all the famous philosophers and artists are there, ha ha. The heavenly architect, Michael, congratulates Eleanor on living this amazing life of community work and dedication to charity, and shows her to her new house which comes with her soul mate (matched by the heavenly computer system) attached. Welcome to perfection, she’s told. Here’s where you’re spending eternity, hope youre ready to be mega happy forever! 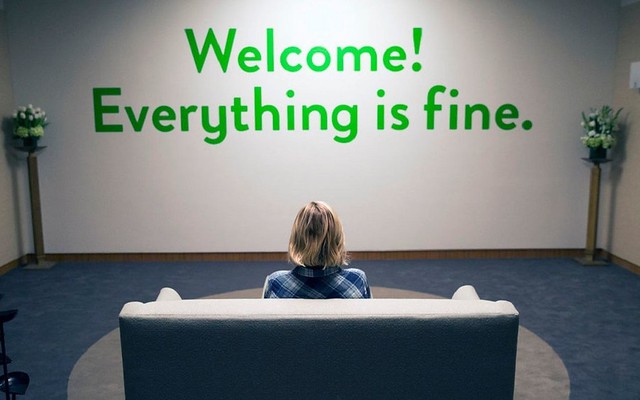 Except there’s a mix up, and she’s actually a really annoying and awful person. In her words, she’s a “medium person”, someone who wasnt great but wasnt terrible either, and she deserves to go to a medium place, like Cincinnati. However, she’s out of luck – it’s either perfection or eternal damnation, and she really doesn’t want to be tortured forever. So she begs her soulmate, the pitiable but insanely endearing Chidi, who was a moral philosophy lecturer while he was alive, to teach her how to be good. Thus begins the season of her trying to earn her right to live in The Good Place and hide the fact that she’s a mistake from the rest of the neighbourhood. 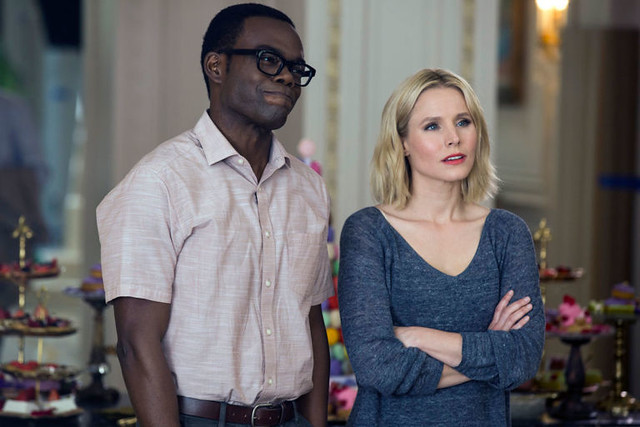 That’s basically the premise of the show. It’s created by Mike Schur, who co-created Parks and Recreation and Brooklyn Nine-Nine, which should give you a sense of how funny and smart the writing is going to be like. The show is so fresh and irreverent that it truly makes the afterlife sound ridiculously fun, and the way it ignores storytelling convention (you think the show is about one thing, but actually, its like about five zillion other things, and also, oh, we forgot the first thing already) is incredible. It has a stellar ensemble cast. And it’s just so funny.

My favourite thing about the show, though, is Janet, the Siri-like Artificial Intelligence Assistant played by the excellent D’Arcy Carden. I firmly believe that she is the best damned thing about the show, because how can any show make us feel so strongly for an artificial assistant?? I came back home and was very nice to my Google Home after that. Hey Google, will you please wake me up at eight? and all that. 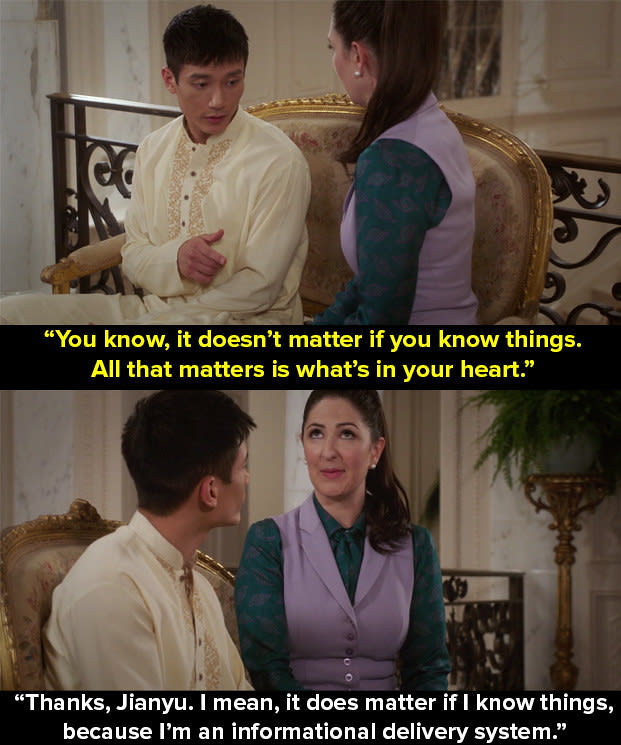 Her comic timing is great too

Janet for the win!

In an age where the sitcom genre is getting a bit repetitive, The Good Place is really a fantastically devilish intervention. And the best part? The show really holds up to a second rewatching, where new meaning is brought to the same scenes we know and love. Amazing. I 10/10 recommend this.