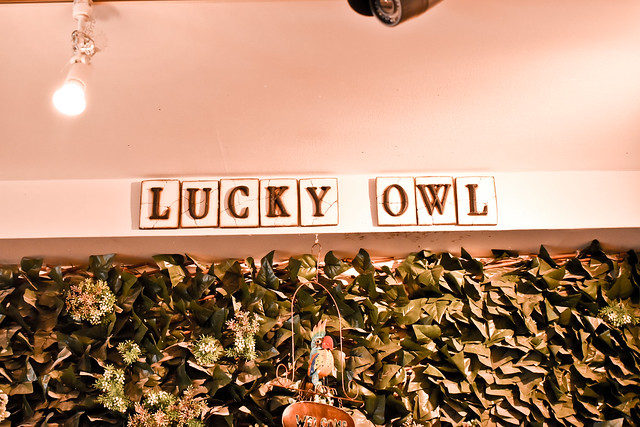 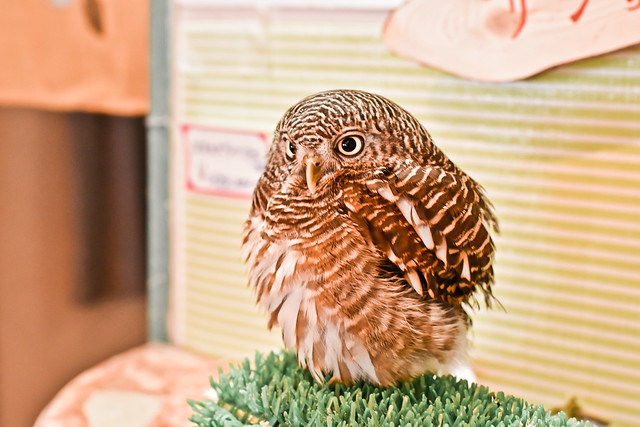 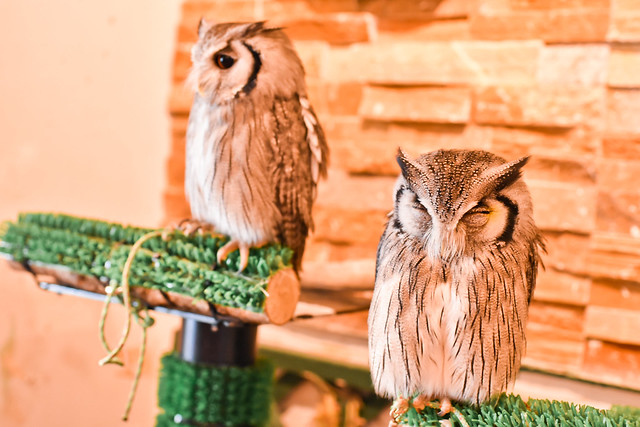 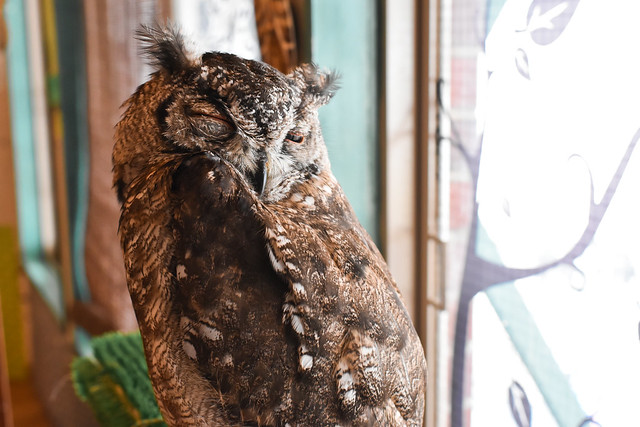 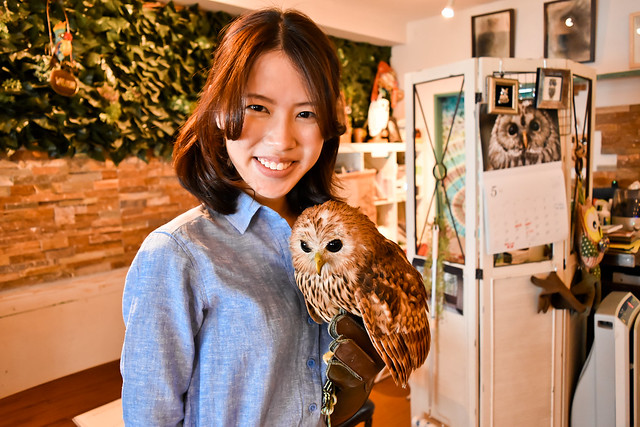 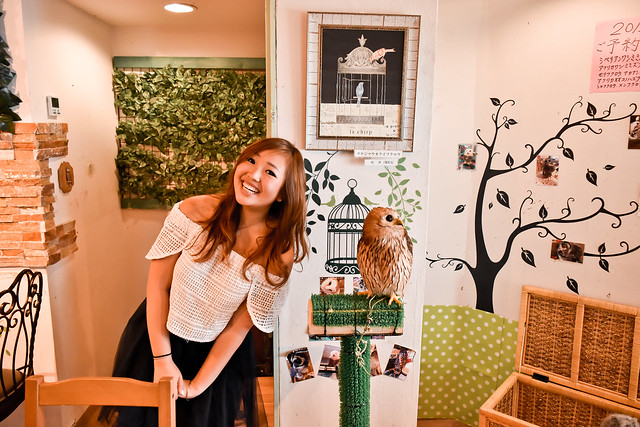 Me trying to sneak a pic with a rather unimpressed owl

Osaka, Japan.
All photos taken with the Nikon D5500
The one regret I had from my time in Tokyo was being unable to hit up an owl cafe. A classic example of too much to do, too little time. It was something at the top of my bucket list this time in Osaka, and the cherry on top of the pie: there was one was right down the street from our airbnb apartment in Osaka!

Fab. So we made plans to head to Lucky Owl first thing in the morning, a result of our experience fighting for attention with all the other cooing customers in various cat cafes a year before in Seoul. We needn’t have worried – we were the first people in. That’s what we forgot I think – the quintessential difference between Tokyo, Seoul, and Osaka, cityscapes ultimately running on differently paced schedules. The cafe itself opened at 10, but we were the only people in there for the entirety of our hour there. 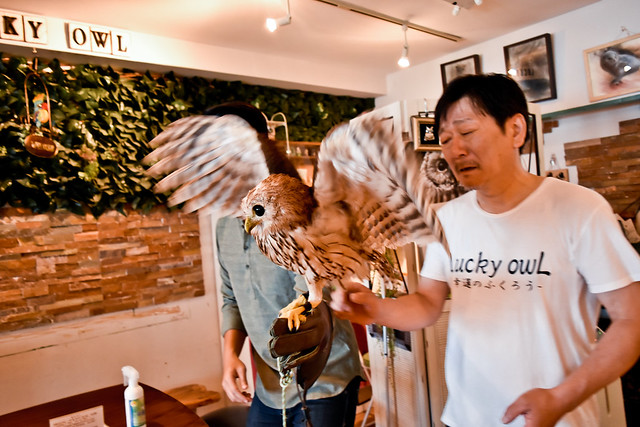 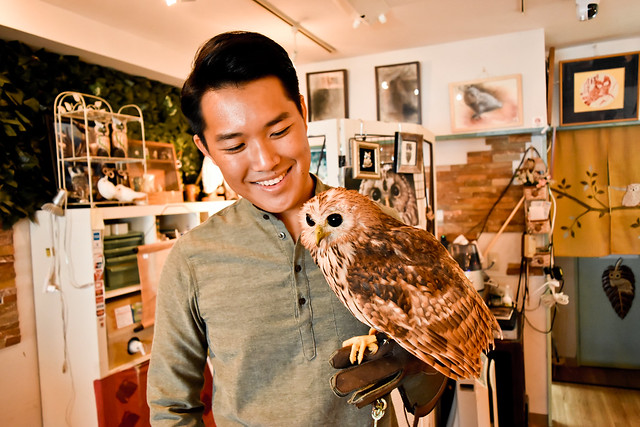 You walk up the stairs and open the door to a gentle fluffing of wings and a roomful of curious eyes turned to fix on you. It’ll cost you 1000yen for a drink and an hour in the cafe. For us, the drinks were mostly abandoned to condensation and ignored in favour of the fluffy owls – there really is no point pretending you’re there to have a drink, because you’re not. From experience, drinks at these cafes tend to be terrible anyway, and these were no different. 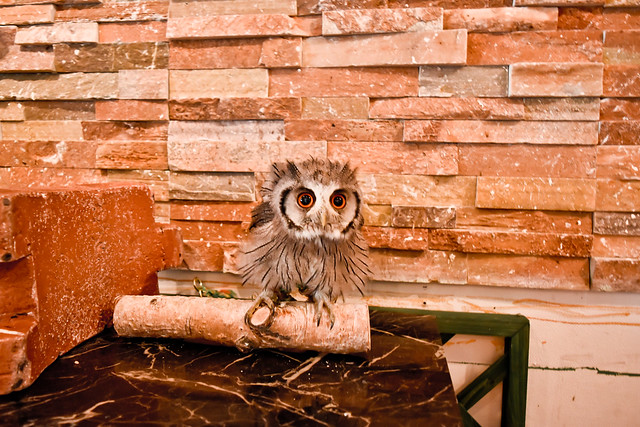 There are a variety of owl breeds hosted in Lucky Owl. I say hosted because apparently the place doubles as a boarding house for privately owned owls when their owners go on holiday, which means that the place must be pretty trusted within the Japanese community, for people to be ok leaving their beloved pets there. No? Either way, you know that the owls here are very fussed over and loved – the 1000 yen you pay doesn’t hold much water with the owners in terms of handling the owls. They’re very strict with which owls you can touch, and how. 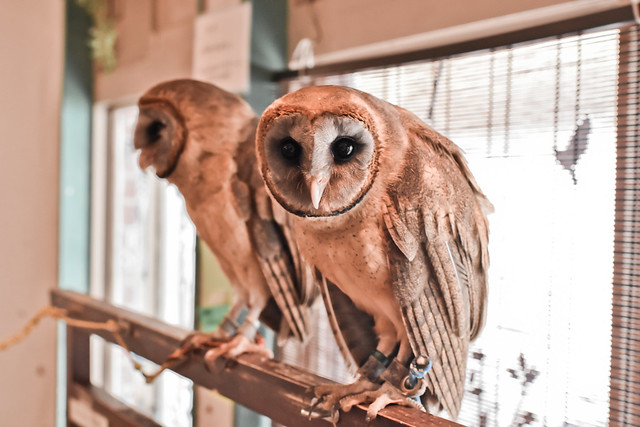 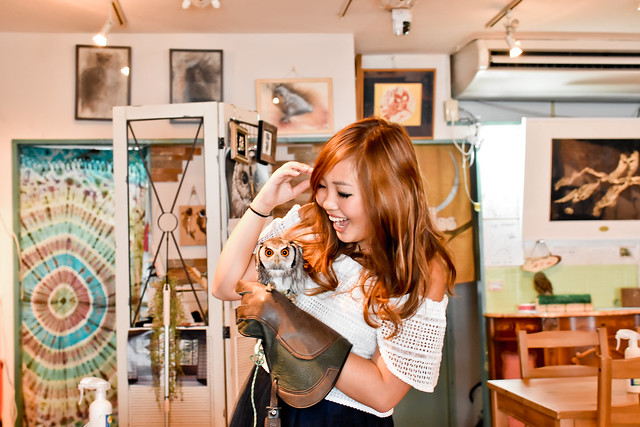 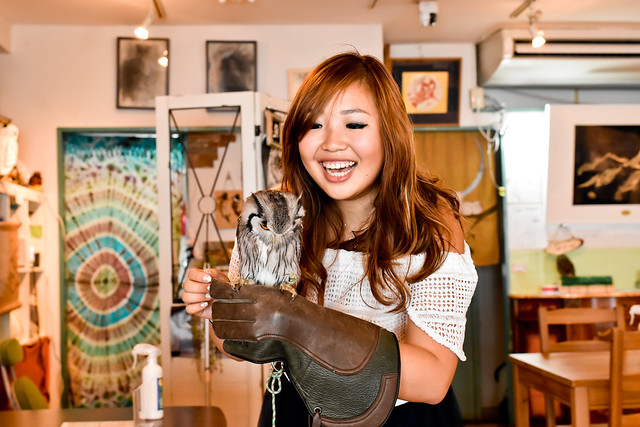 The level of strictness means no pictures with owls on your head or shoulder – only on your arm – which is ok with me, because that shows how serious the owners are with prioritising the owl’s comfort levels. The owners dont speak much english, but you can tell that they adore their fluffy friends. It radiates out of them. 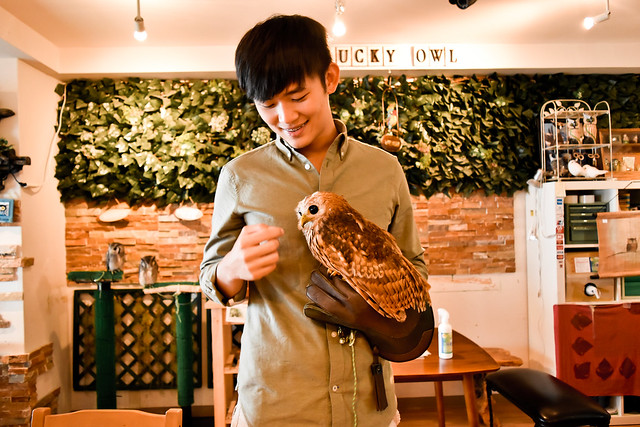 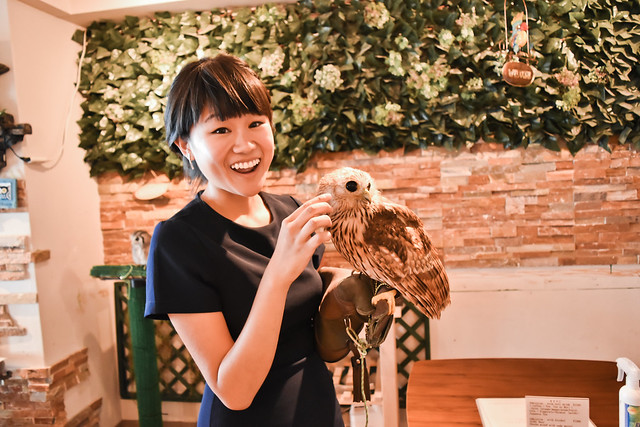 A great two hours. Owl definitely recommend this place to anyone looking to have a hoot. Sorry – couldn’t resist making a bad pun or two..