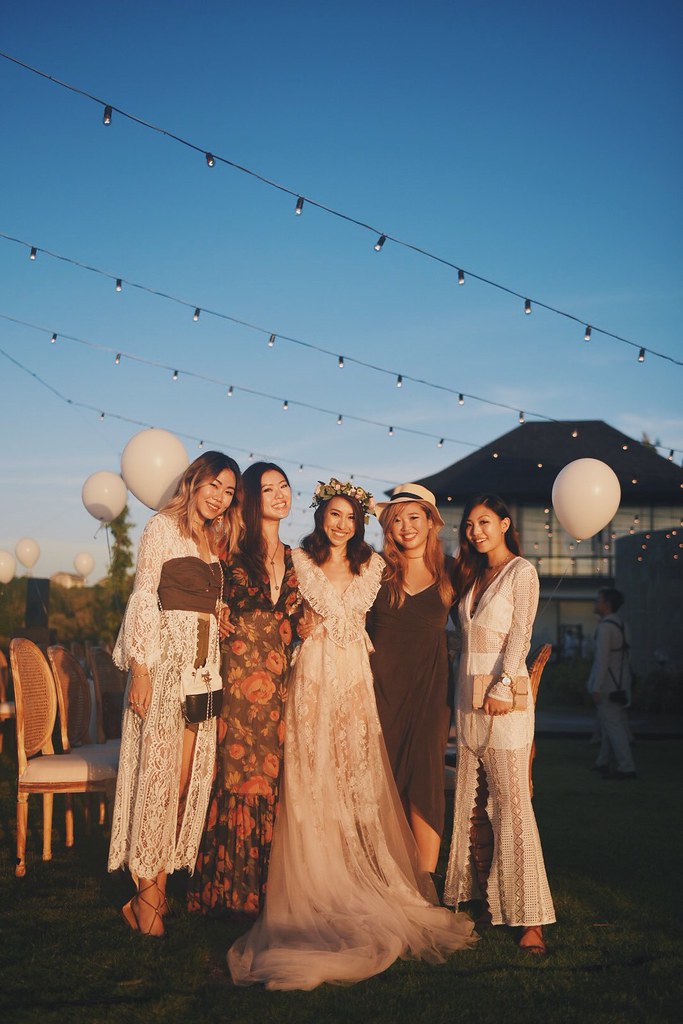 So I was in Bali in end-April for Mel’s engagement party, which I keep accidentally saying is her wedding. The thing about Singaporean weddings, I think, is that they’re such a huge affair that it becomes pretty hard to have quality time with the bride and groom, and it is based on this rationale that Mel decided to throw a much smaller scale engagement party for family and close friends. 🙂

My first time attending a destination wedding – sorry, engagement party/ wedding related activity – and so I was visibly excited at everything going down!! The party was held on this cliffside villa, and it felt like everything was coming together just for this one night – the most perfect sunset of our entire trip we witnessed there, and not gonna lie, it felt like it happened specifically for her engagement. It also rained half the nights we were in Bali, but the weather was perfect that night. 🙂 🙂 🙂 All the smiley faces because what the hell it was amazing!

Here’s my date for the night: 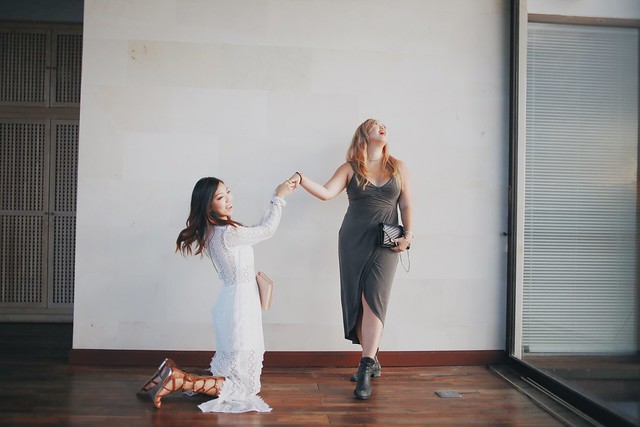 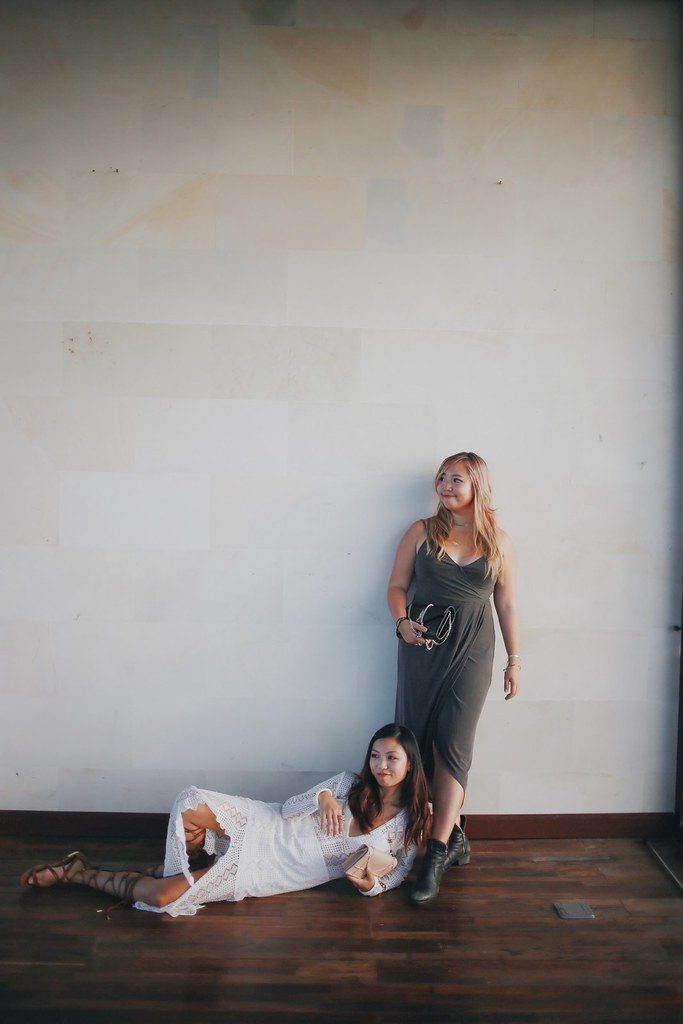 Amanda wong everybody. Don’t know why she pretends she’s so normal on her instagram when actually she’s the craziest of the lot.

Anyway we kind of hung around upstairs waiting for the party to officially start. We were kinda early cos we expected the Bali jam to be insane but traffic was surprisingly smooth sailing (see above re: perfect conditions). So we arrived when the bridal party and co were still getting ready. When everything was done we headed down to the grassy area where the outdoor party was and basically screamed when she came out because LOOK AT THIS! 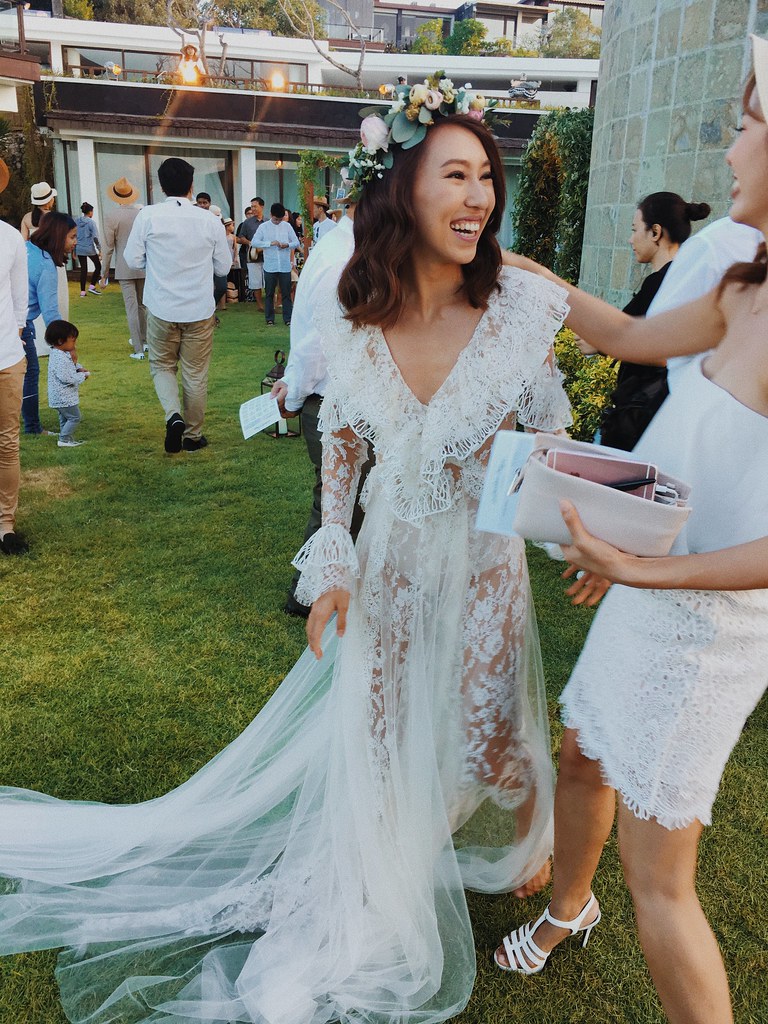 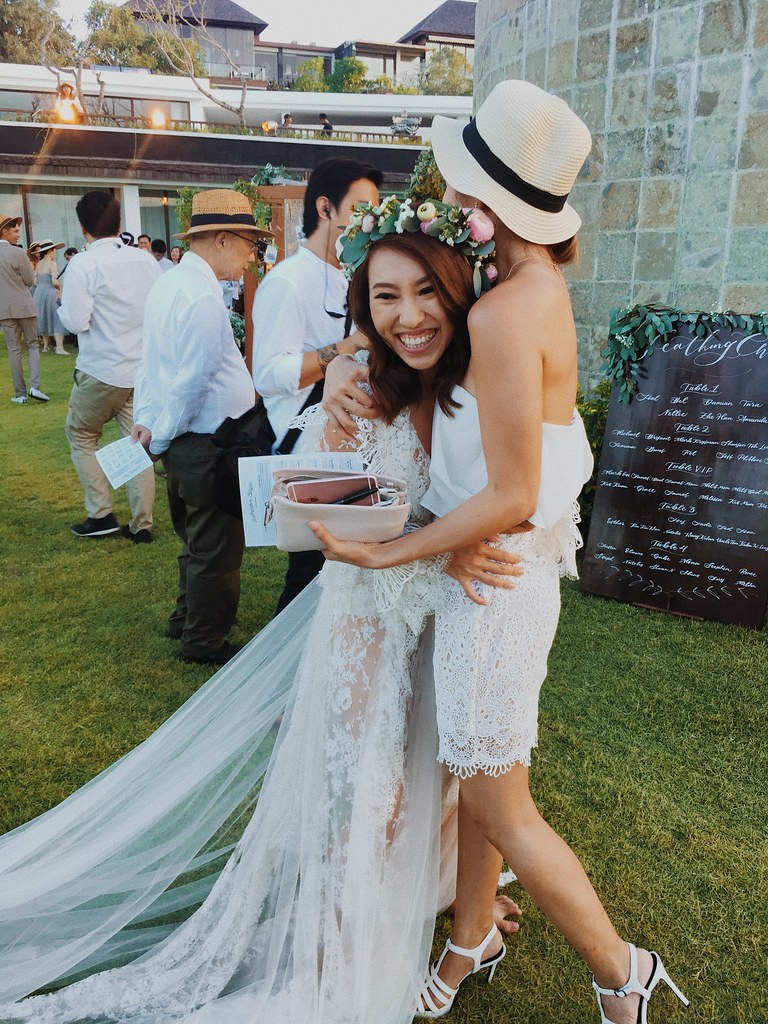 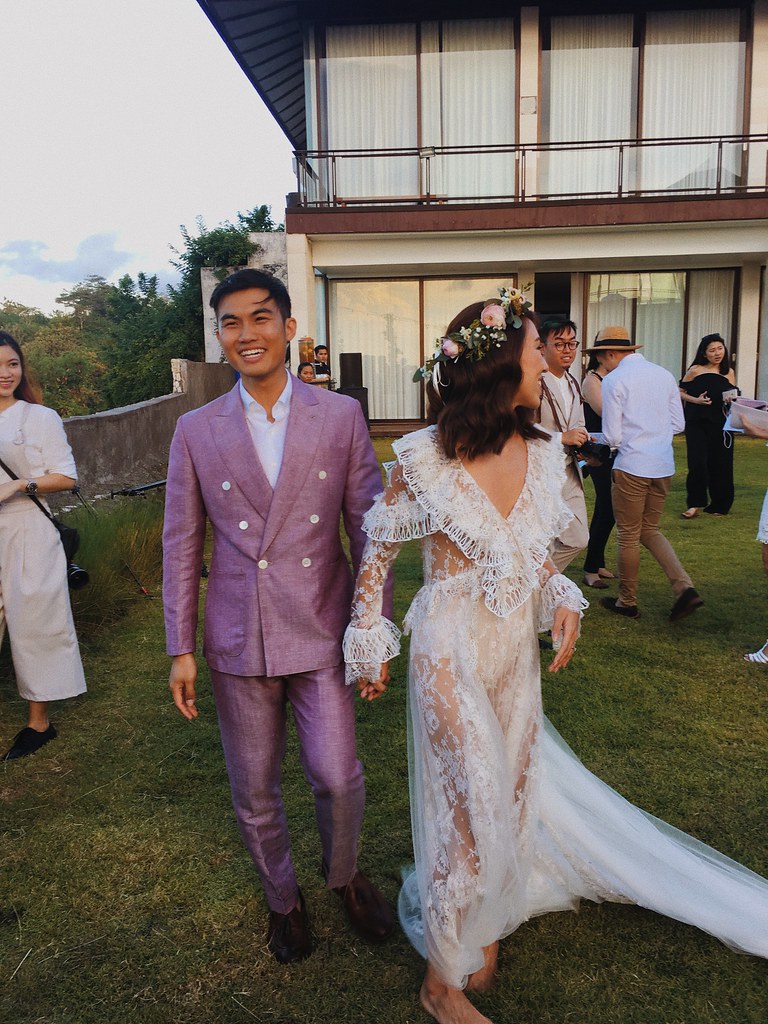 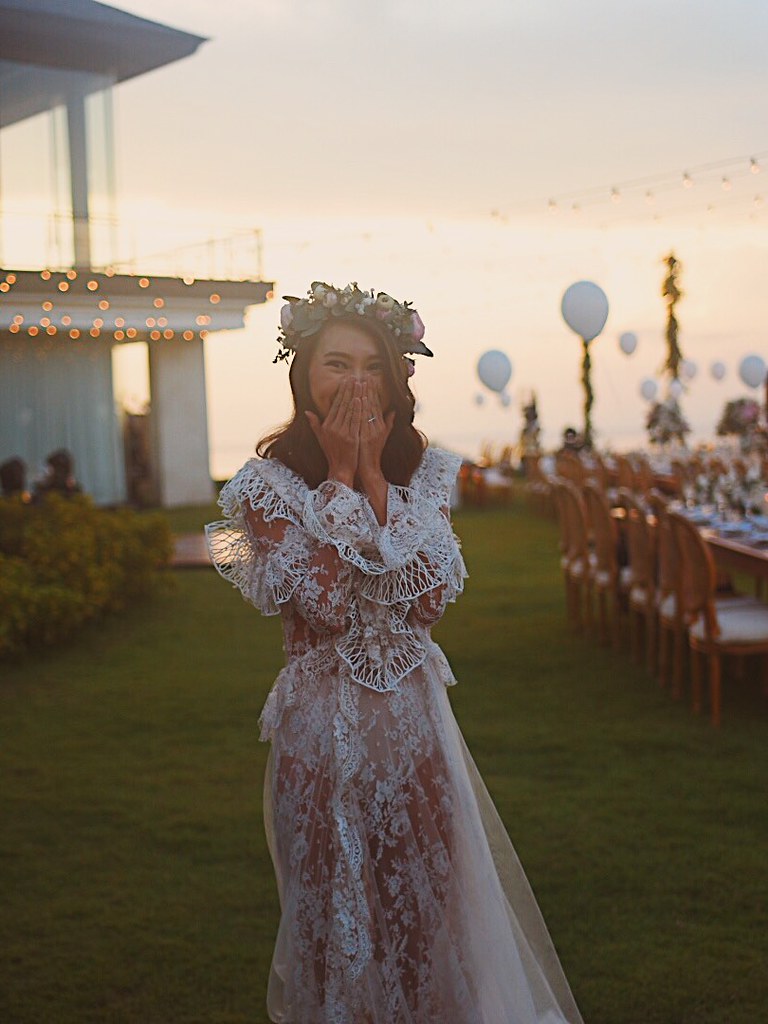 I’ve known Mel for about four years now and I’ve legit never seen her so radiant – she was literally beaming. There was this once I did a bridal themed shoot for a local designer, about two years ago, and when I sent the photo to a friend of mine he replied and said that he nearly cried when he saw it.

You crazy ah cry for what it’s just a shoot I’m not really getting married.
DON’T KNOW LAH its very touching okay??
What???
Very touching to see a friend in a wedding gown what NO MEH
You’re mad. Next time dont show you already.

BUT NOW I TOTALLY GET IT. I nearly teared up when I saw Mel walk out! But of course I didn’t because then everyone would laugh at me. I cried later on, when they were doing the speech, and when the sun had set so no one could see me weeping like a lame person. HAHA. 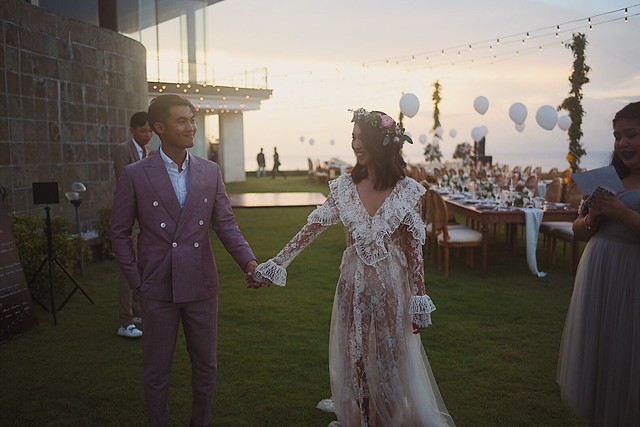 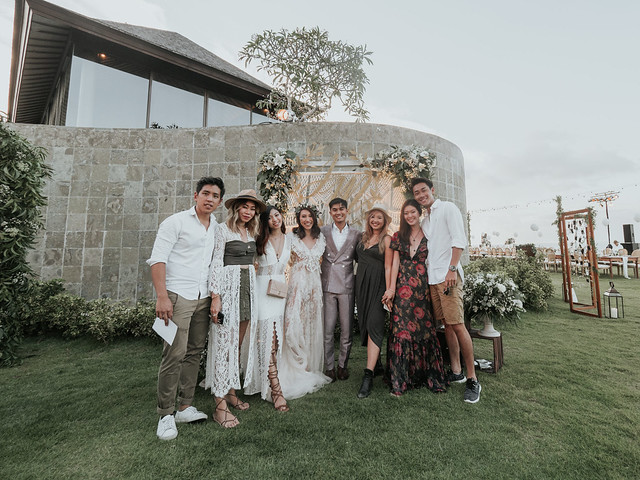 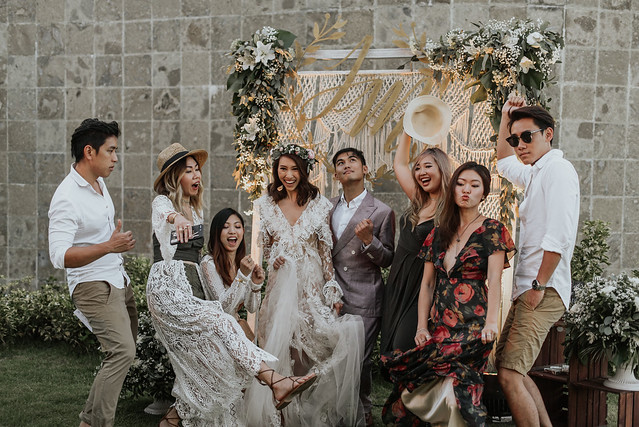 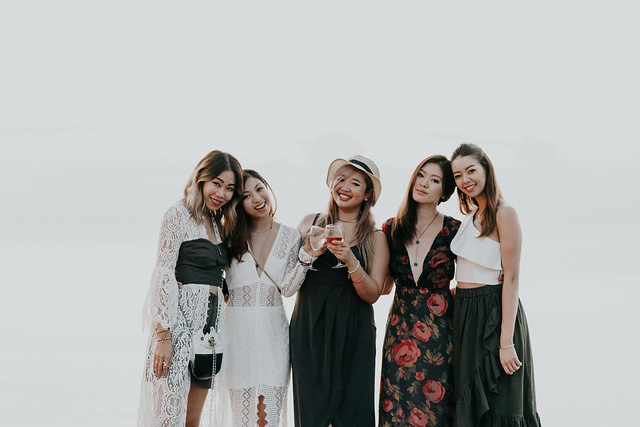 With Tara who flew in from Aussie for the wedding!

How much u wanna bet flower crowns are going to be the new bridal trend from here on? Hahaha! Anyway. So we were taking a picture together and hugs were being exchanged and in between photos I found myself alone with James, the man of the hour, who I quite like but don’t know as well as Mel because I kind of know him through her. But he is mega sweet and also possibly the happiest guy on earth and the new hero of all nice guys in the world because he has definitively proved that yes, nice guys finish last, as in, the last one because there will be no more guys after him since he’s marrying the girl!! This is something I joke about a lot with him, but it was not really the occasion to be joking around I suppose so when I found us two standing there I couldnt help but blurt out how happy I was for him.

You know, I said, I dont think I’ve told you this but when I congratulated Mel after you proposed to her, she said she was so happy and it was all she’s ever wanted ..

And he looked like he was about to tear up right there and then. Don’t make me cry! he said, and I was like, damn. Nearly. So close. 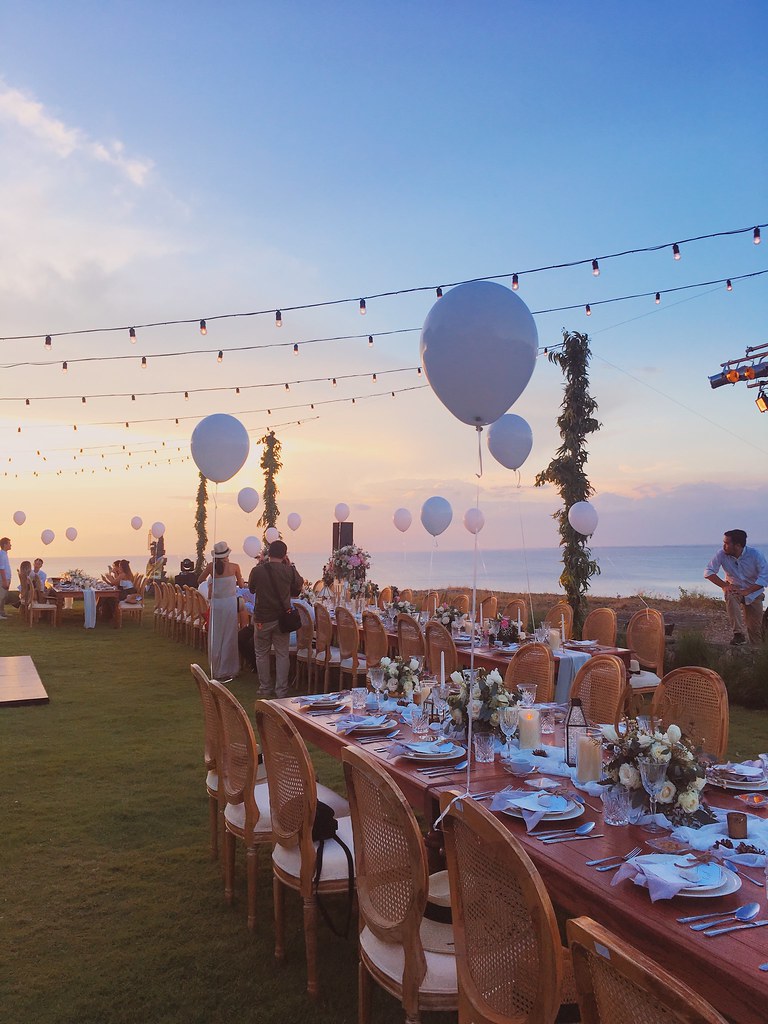 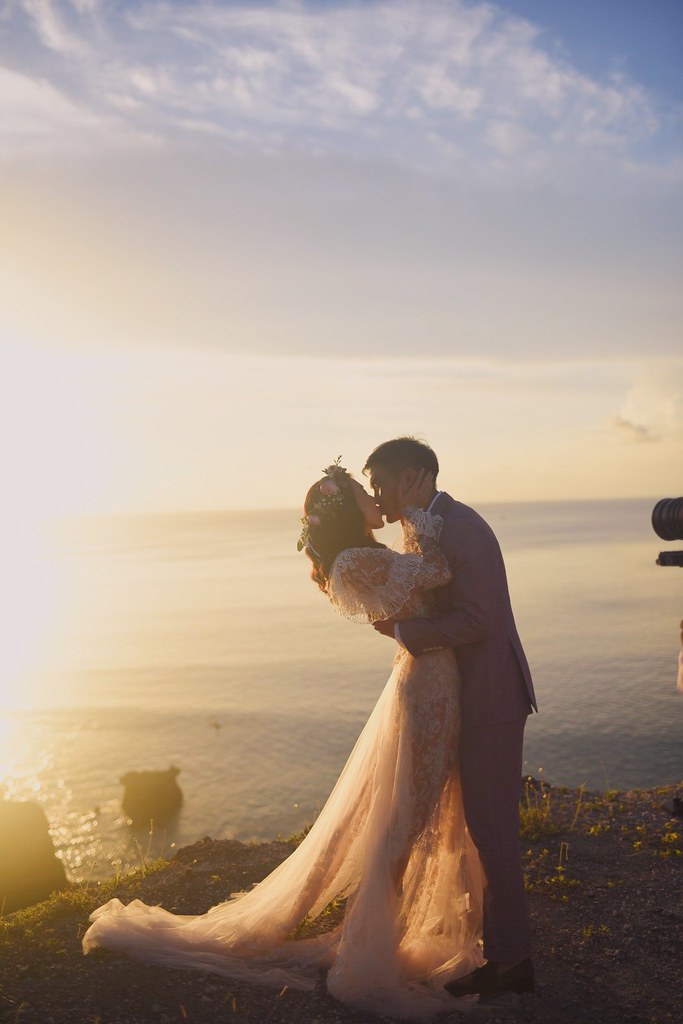 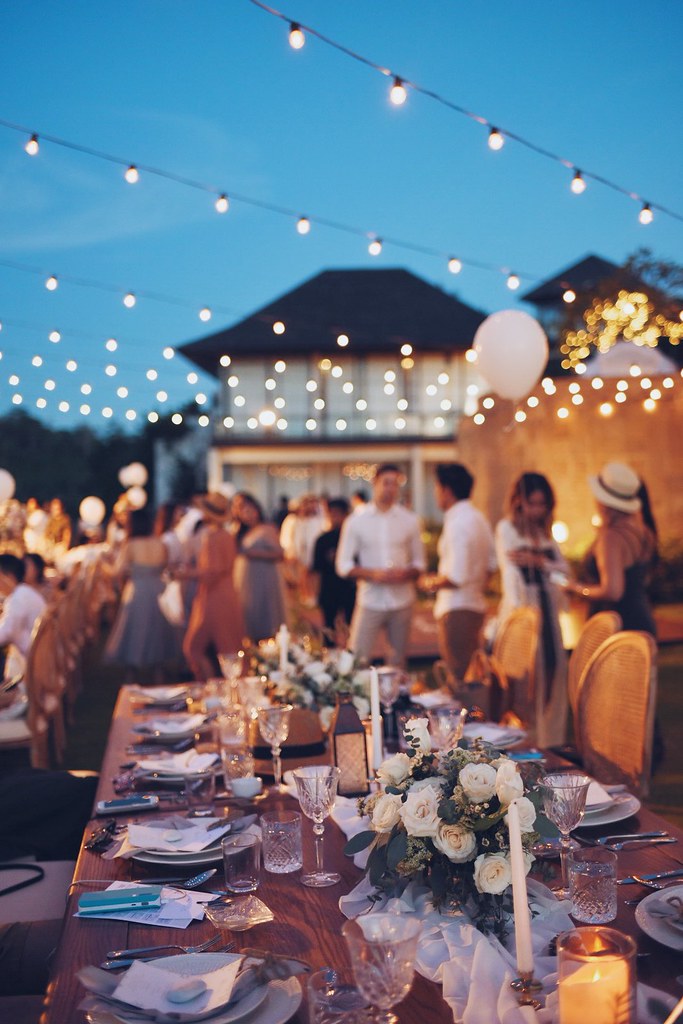 I wanna freak out a bit over the table setting also because I felt like I was legit living in a pinterest board just for one night. These outdoor weddings have never been very possible in Singapore (or perhaps Ive just never been invited to one?!) because of how humid it is, but in the dry crispness of other countries these fairytale like weddings seem totally achievable. Bali isn’t exactly cooling, but they held the party on a cliff so the constant sea breeze was something of a plus. All of us were soaked through by the end of the night regardless, but that was more because of all the wedding dancing than anything else. This was also one of the first times I’ve seen a real benefit in getting a wedding planner because it takes the burden off worrying about the big day and you can just sit back and actually enjoy the day, and let someone else worry about what could go wrong! HAHA. Mel’s wedding planner was from The Bride Story, judging from how well everything went, I think they did a pretty swell job. 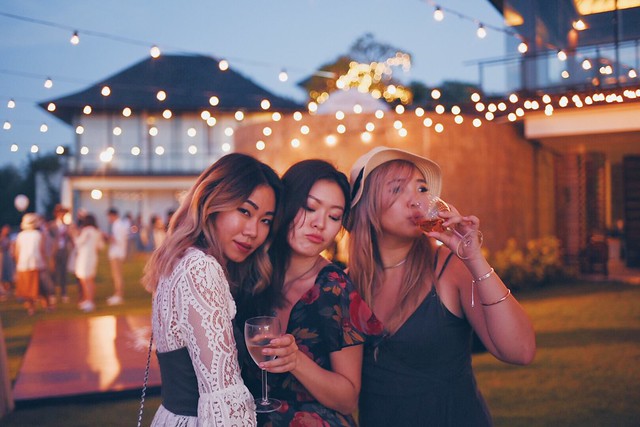 I’m like mega blonde here cos I went swimming in the sea and it washed all my color out. Haha! Oh yeah and wearing a hat cos they gave out His and Hers straw hats as party favors as we walked in. A pretty cute touch! 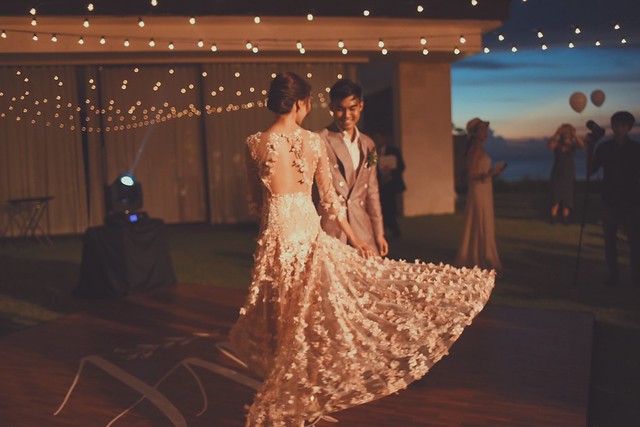 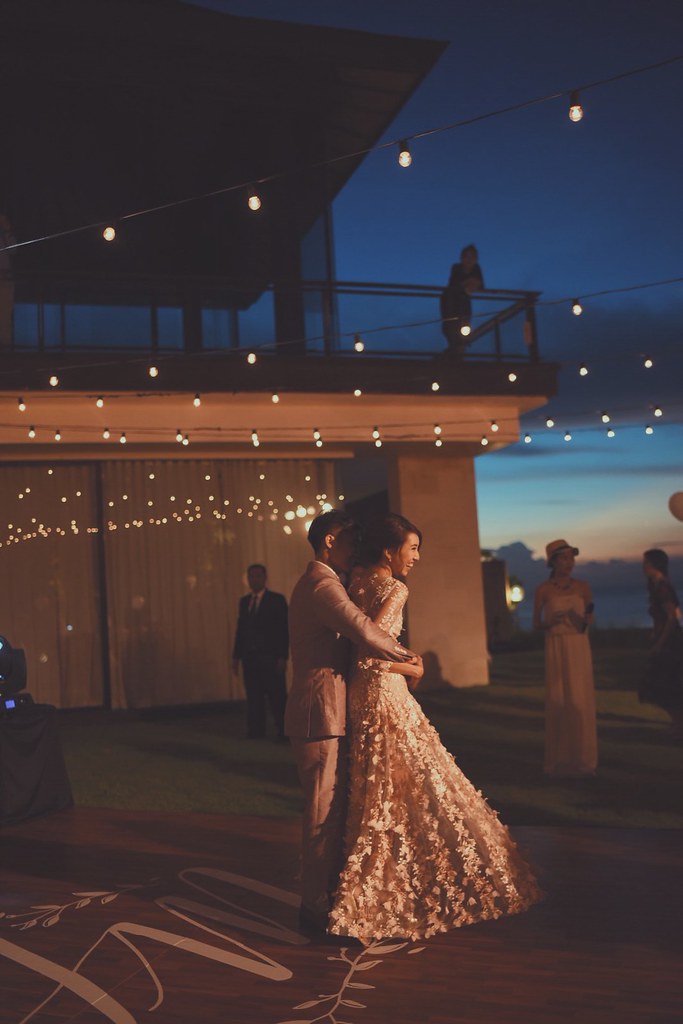 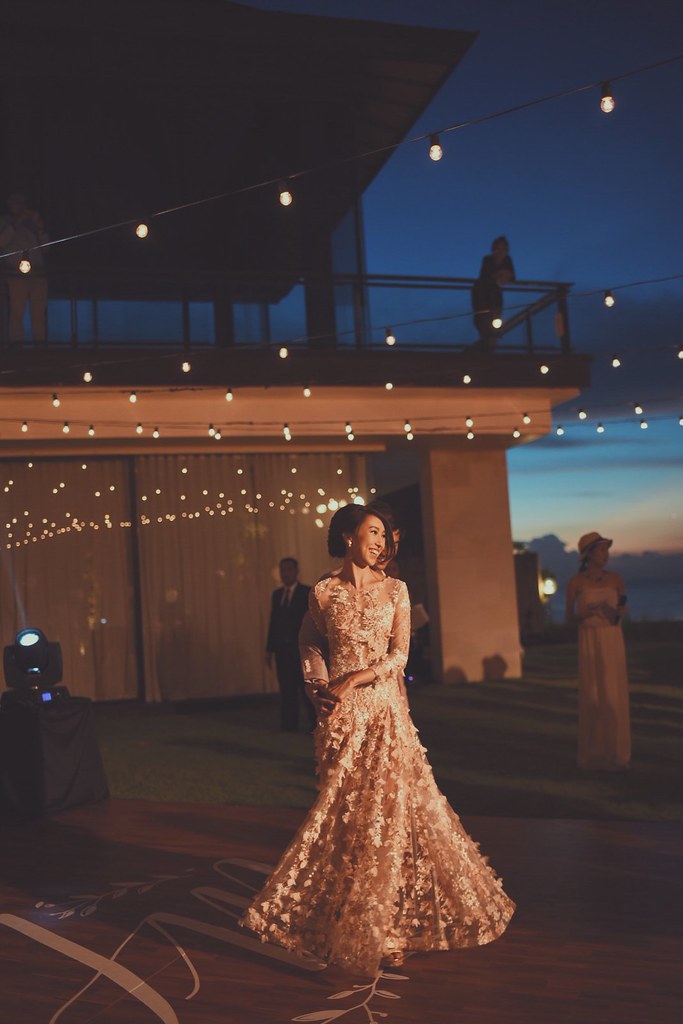 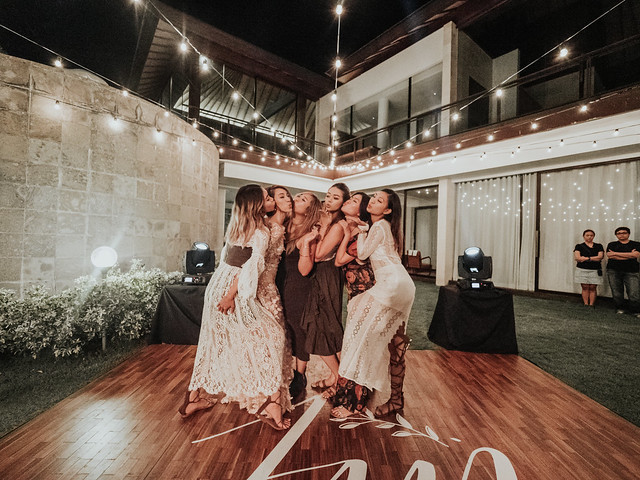 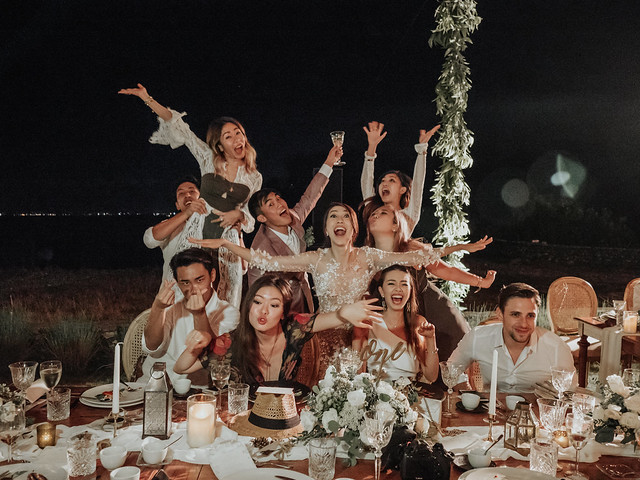 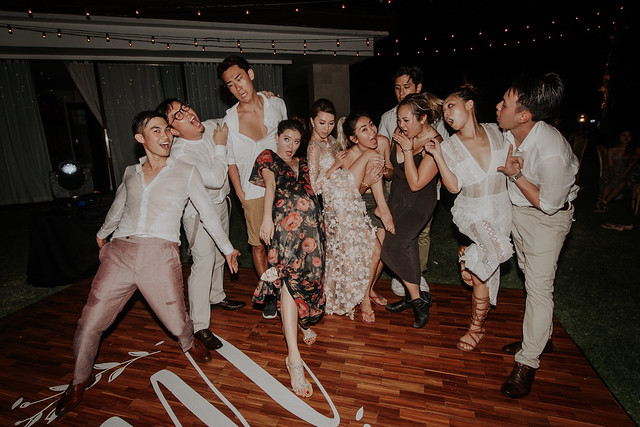 Here you can see how the night got progressively more ratchet. HAHAHAHA. Because she kept the party small – about fifty people – everyone was jumping around and dancing after dinner, and eventually half of us ended up in the pool. It was mega fun!!!! But I think no one had as much fun as the couple themselves – Mel was practically delirious from happiness at the end, she was hugging everyone and making declarations of love. Aint those the best nights. x

So happy for you Mel. Many blessed years to come. x