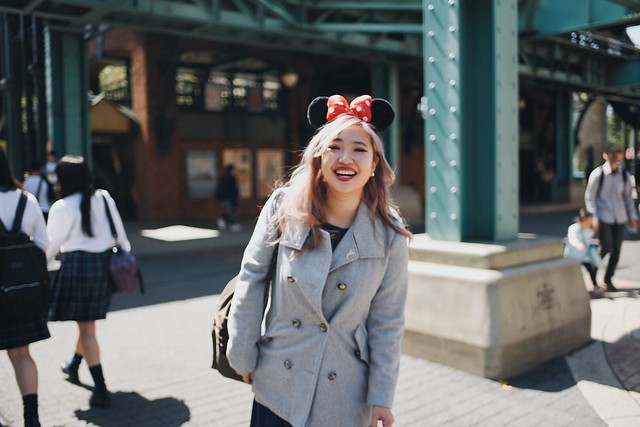 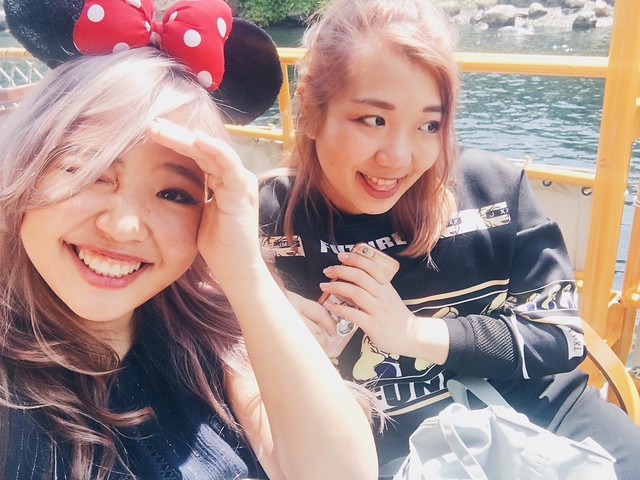 Konnichiwa and all that. Hello from DisneySea, the most alternatively happy place on earth (the happiest being disneyland), best theme park in the world, the place where wardrobes are taken seriously and intensely. I suspect this is more a Japan thing than a Disney thing, because the past three times I’ve been to theme parks in Japan (tokyo disneysea, osaka USJ, tokyo disneyland, and this is my fourth time), the cosplaying going on has been a real and legit thing.

Last October, when I was in Tokyo Disneyland with my boyfriend and friends (anniversary trip, how has three years passed us by so quickly?), one thing that quickly stood out to us was the consideration with which each person dressed – disney-bounding with their favourite characters, matching with their friends, so on and so forth. I myself went as Tiger Lily, with my motley cast from Peter Pan (Shane as capt Hook, Martin as the eponymous Peter Pan, Warren as a lost boy). But we had nothing, I tell you, nothing on the kids.

So this trip, here we go. My schizo alter ego as a street/fashion photographer (read: nonexistent) photographed the best dressed kids of DisneySea. 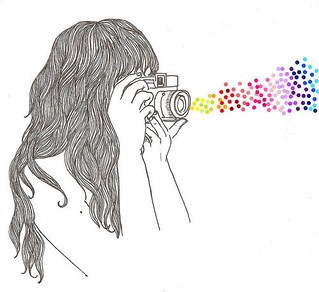 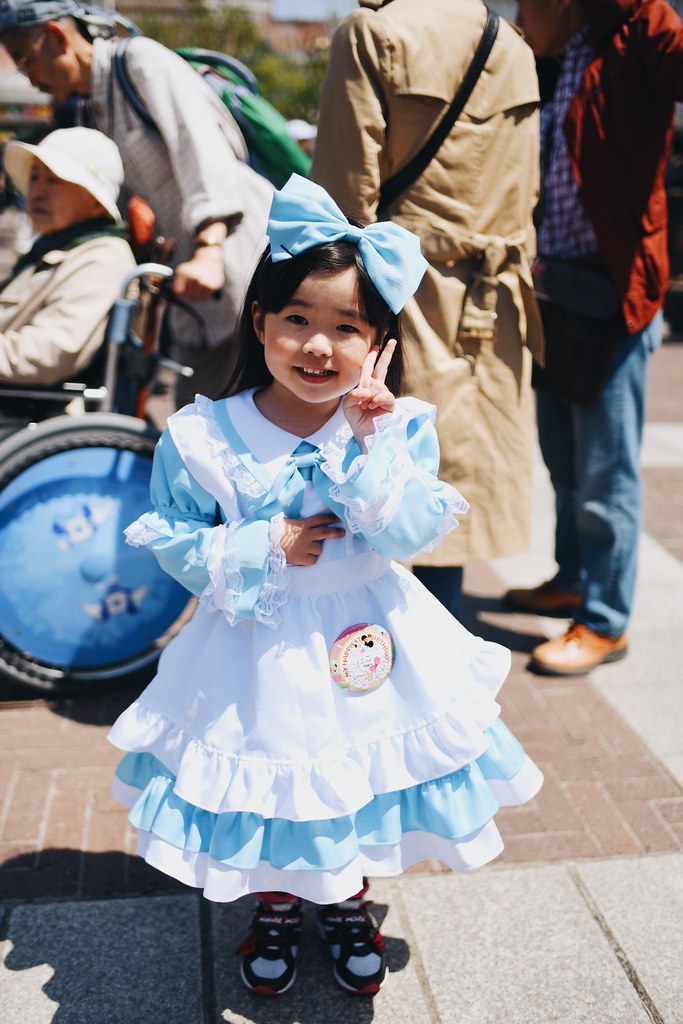 Alice from Alice in Wonderland. Freakin love this costume – and it seemed many people did too. The Alice character was very popular this time round is what I’m saying. And it helps that this kid is pretty cute too. 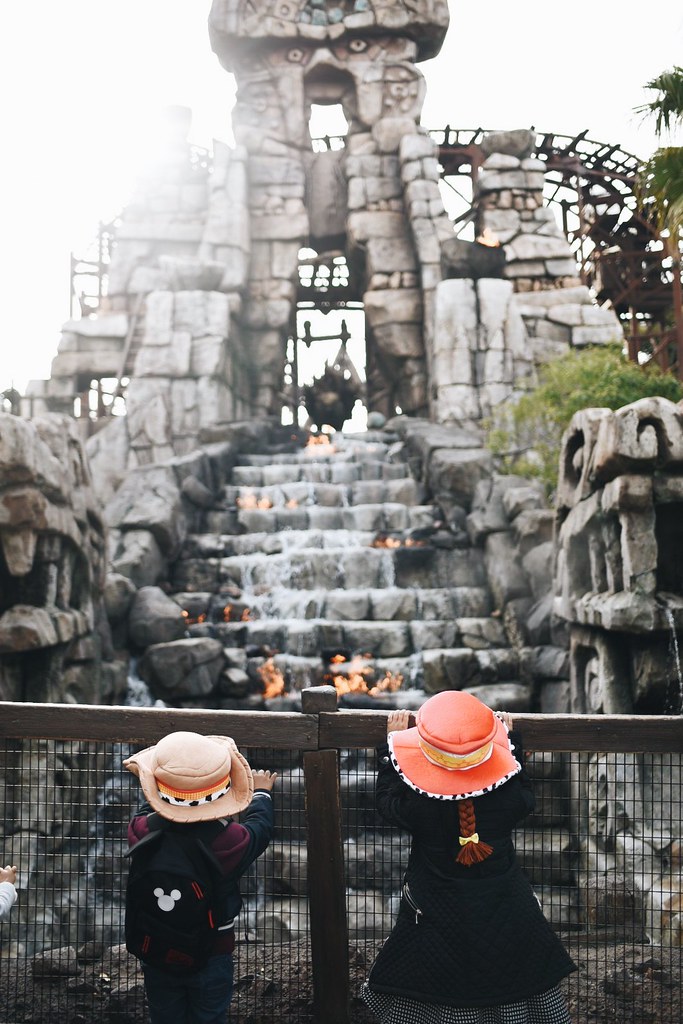 A match made in heaven!

It’s Woody and Jessie from Toy Story ◡̈ Pretty pleased to have been able to capture this shot of their backs, looking at one of the rides. 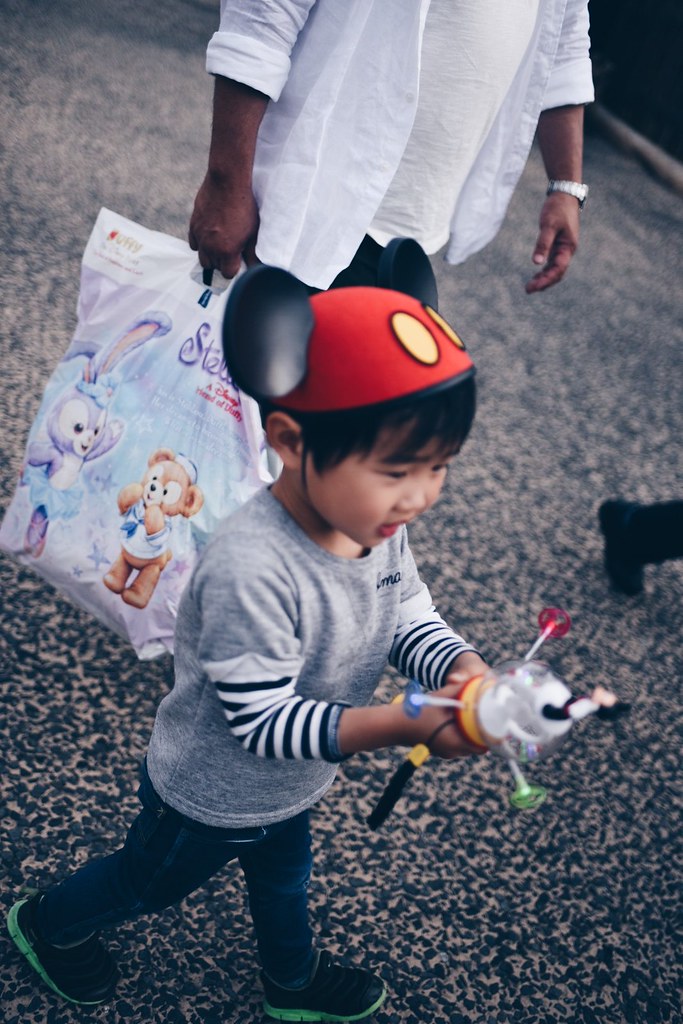 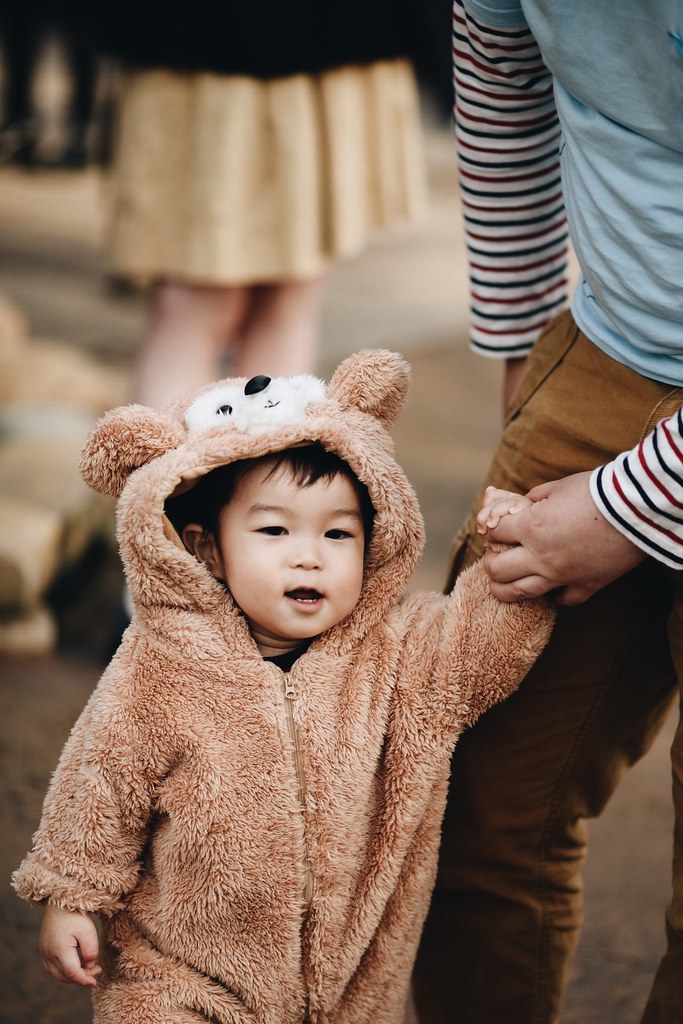 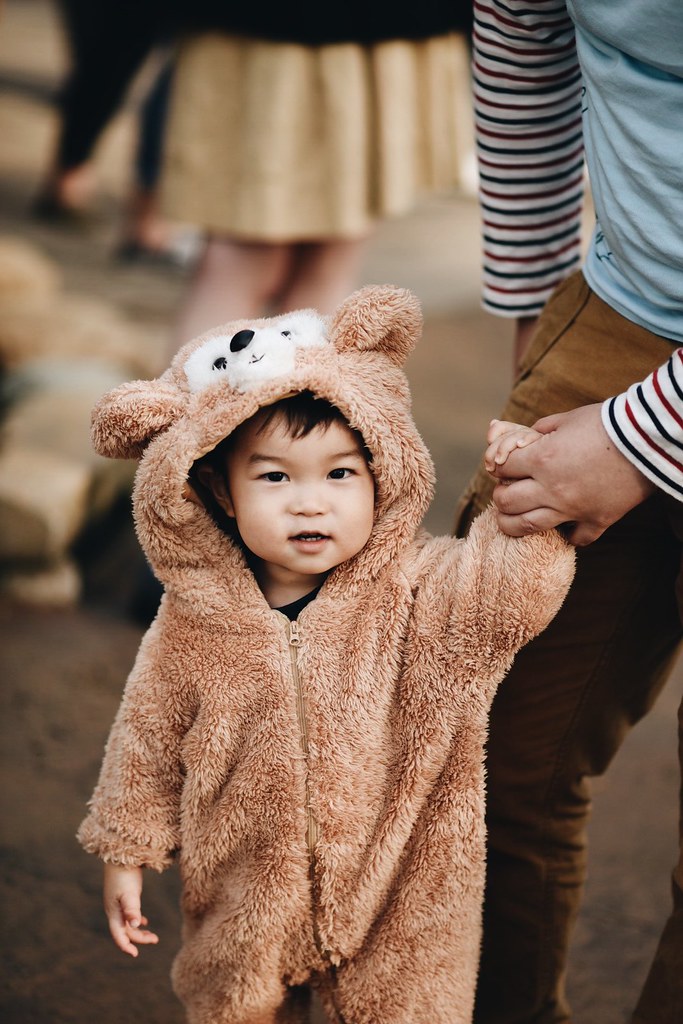 One thing that really ticked me off in Disneysea were all these posters advertising Duffy bear, and Duffy’s Friend Stella, who’s dream is to be a dancer. Hello? Why cant Duffy be Stella’s Friend Duffy?! Sexist! But then my sister pointed out that all Disney Princesses are main characters with lame ass princess who function as little else than stock handsome love interests, which is a fair point i guess. 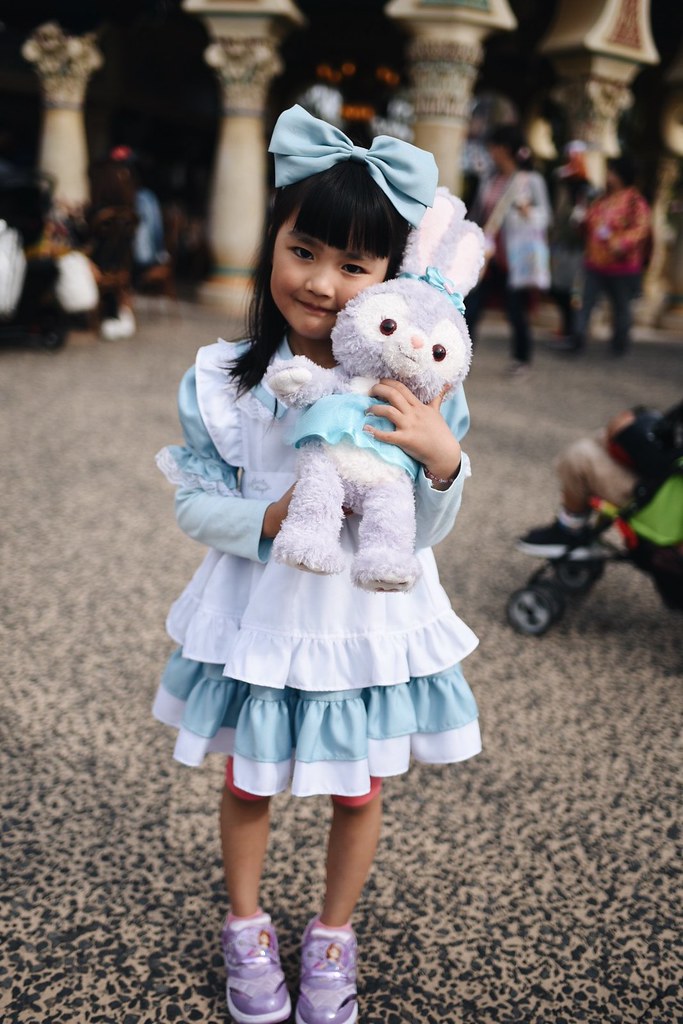 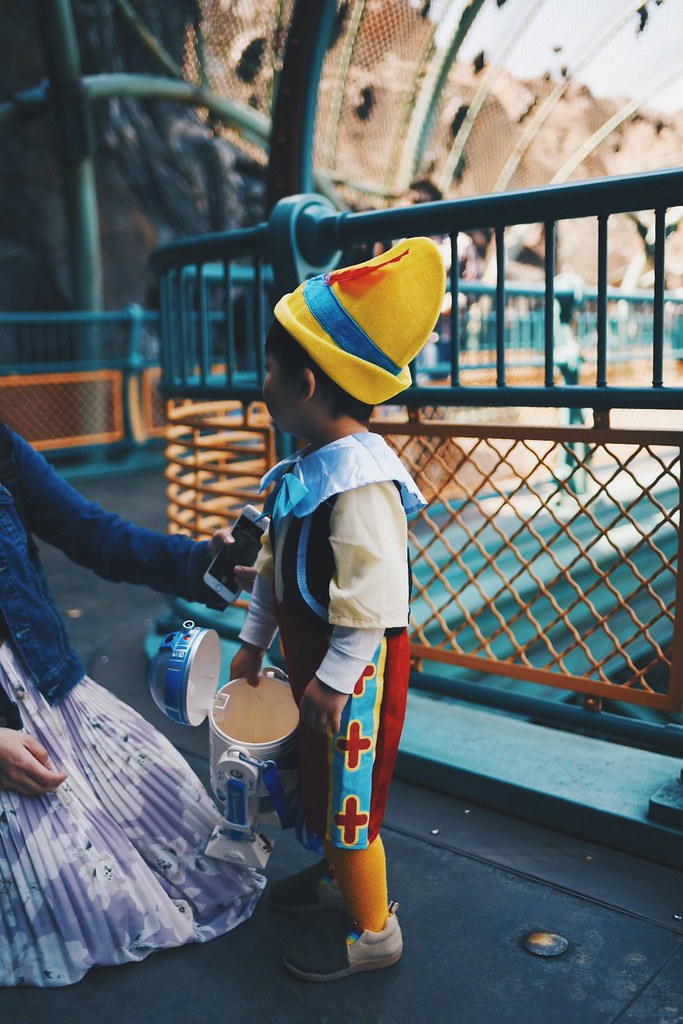 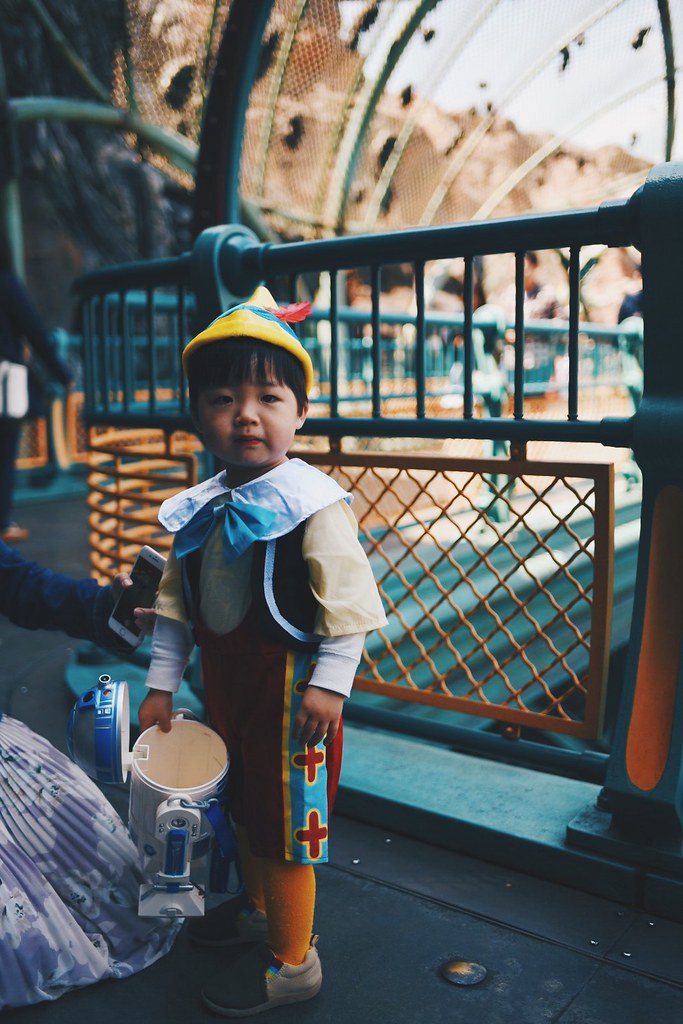 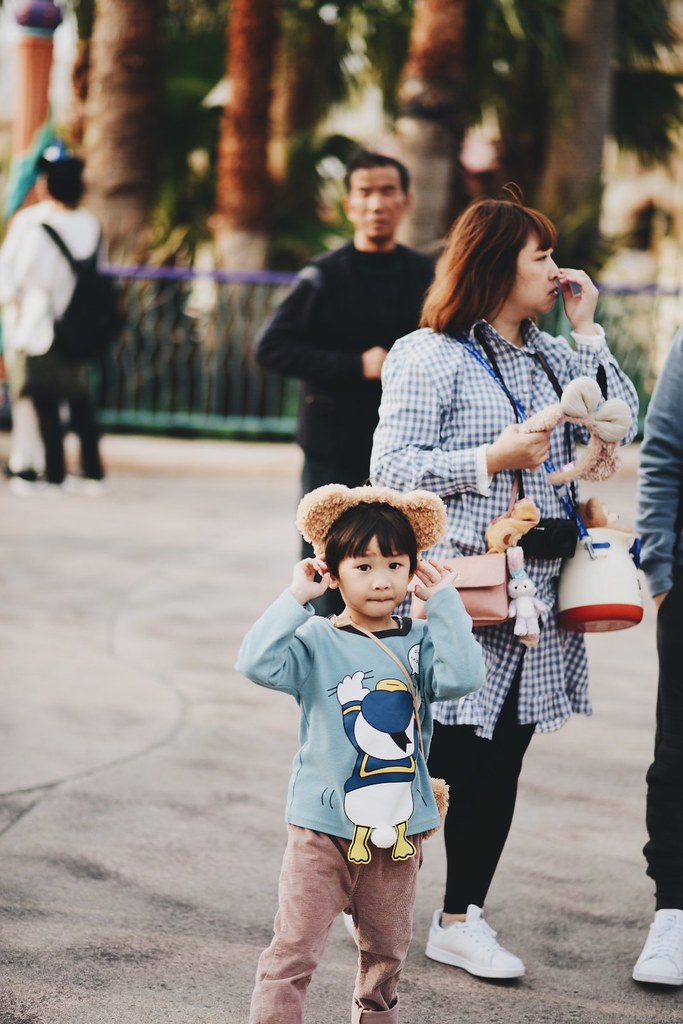 This dude, dunno what he’s supposed to be. Half duffy half donald? Still cute though. 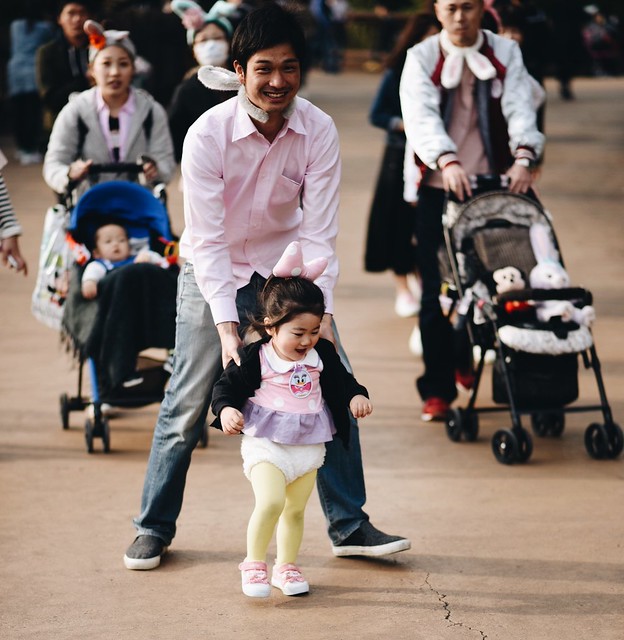 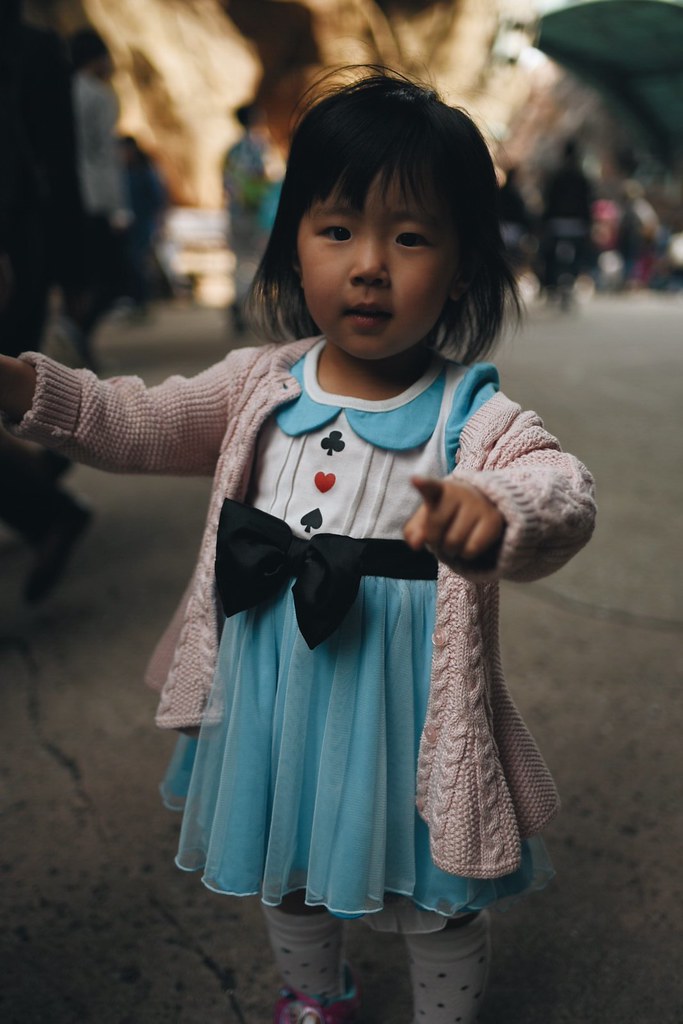 A slightly less committed Alice. Alice themed dress but not a full out costume – might be smart, cos then she can re-wear it outside disneyland? Cute kid. 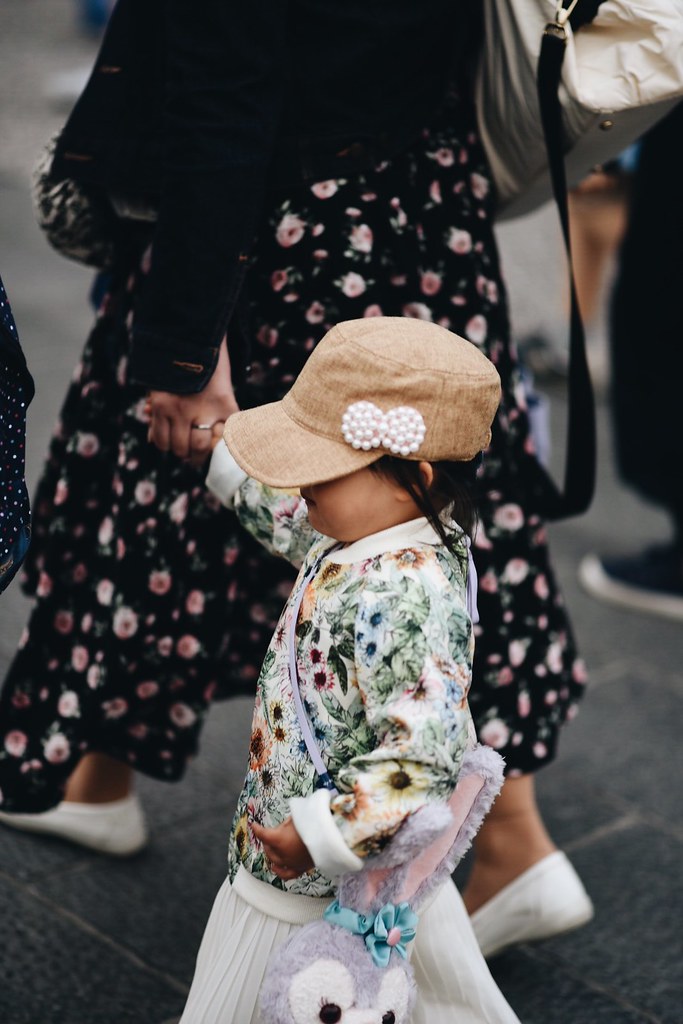 Not really a cosplay but i like her jacket and hat combi. Future fashionista, this one. 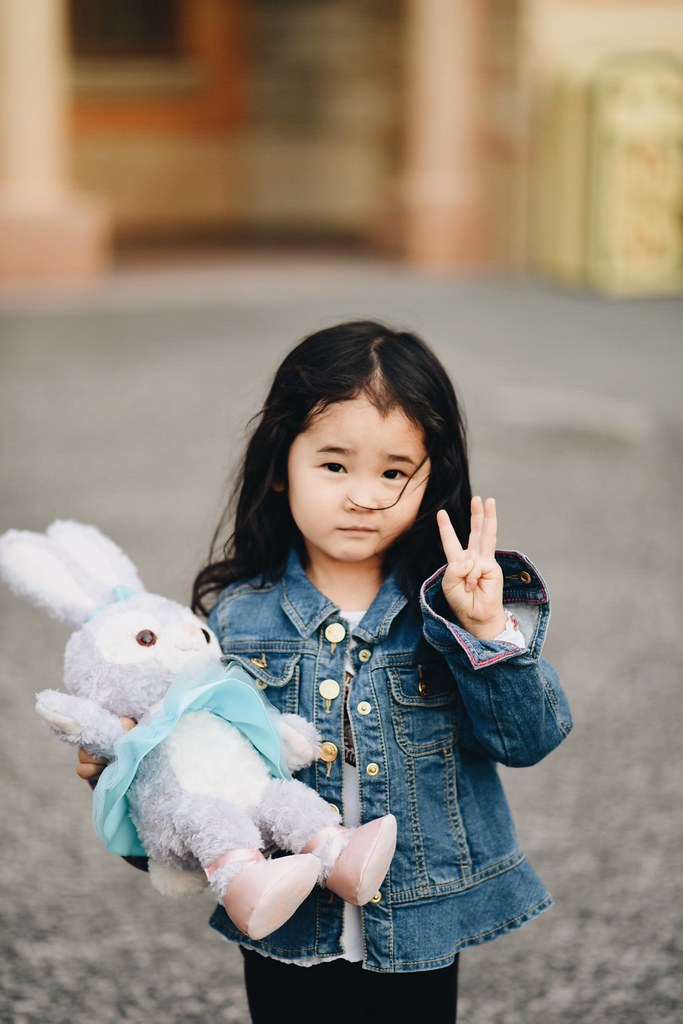 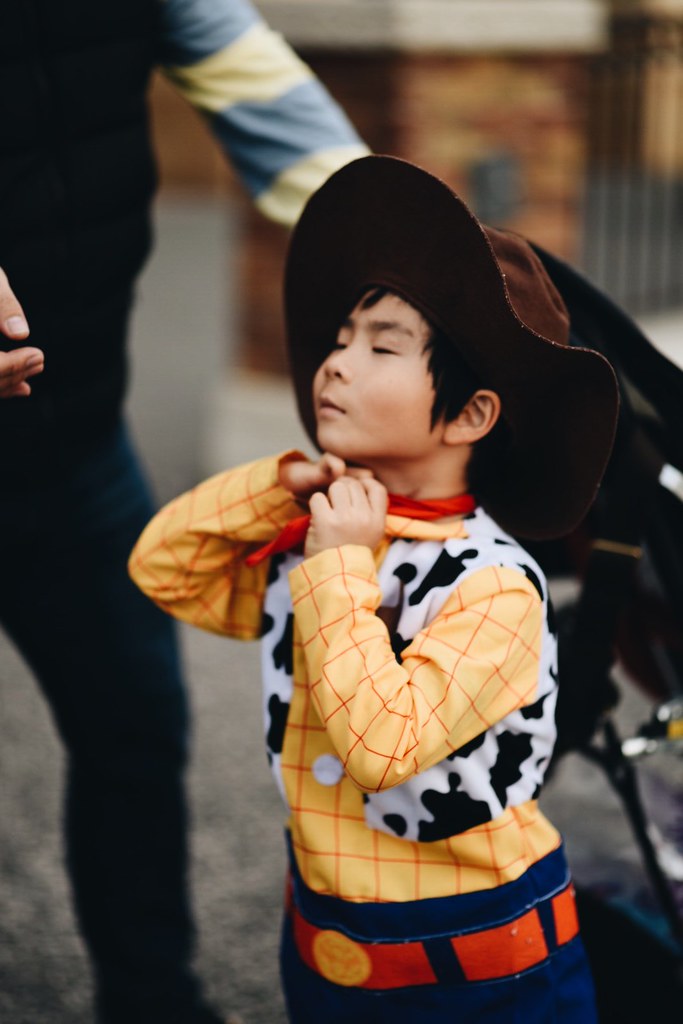 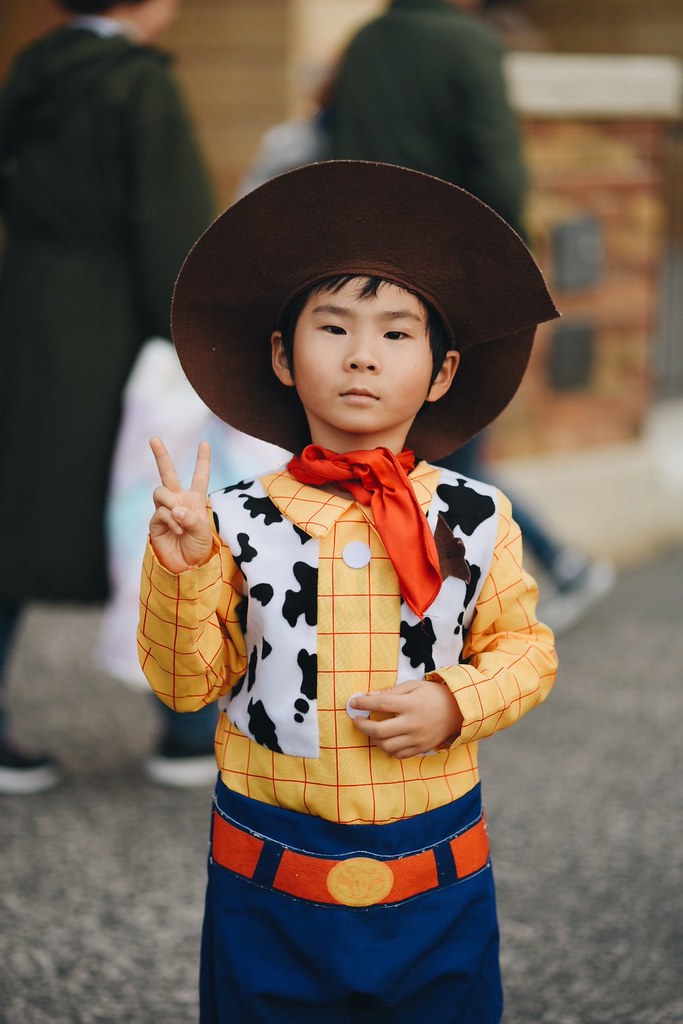 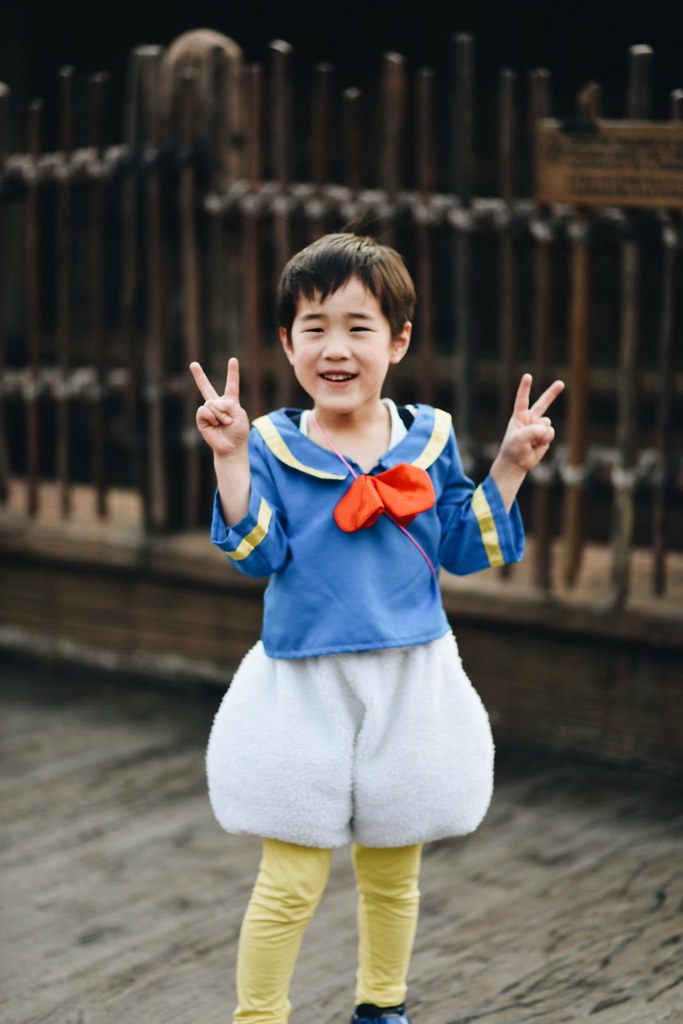 A really happy Donald Duck! Looking at him makes me happy too LOL 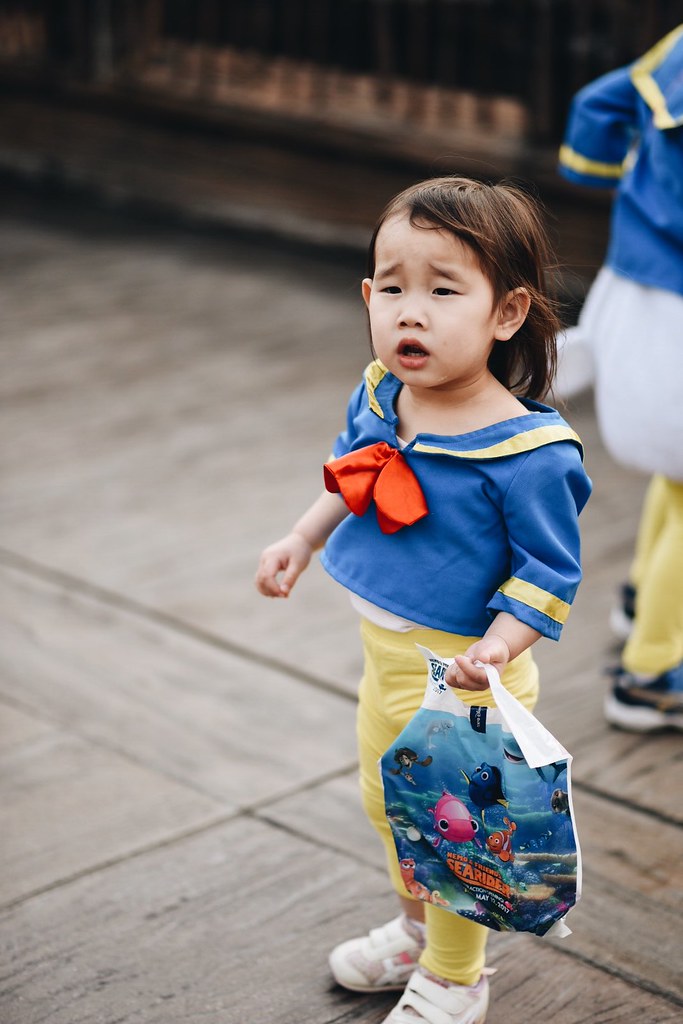 A significantly less happy female Donald. Maybe cos her parents didn’t buy her the Daisy costume? 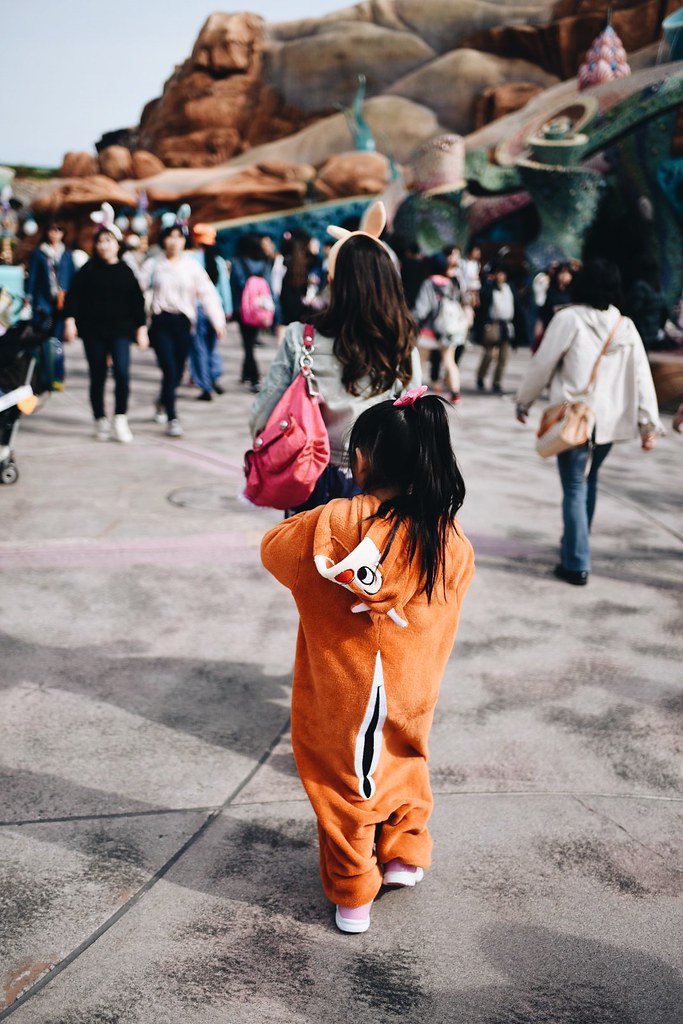 Either Chip or Dale. 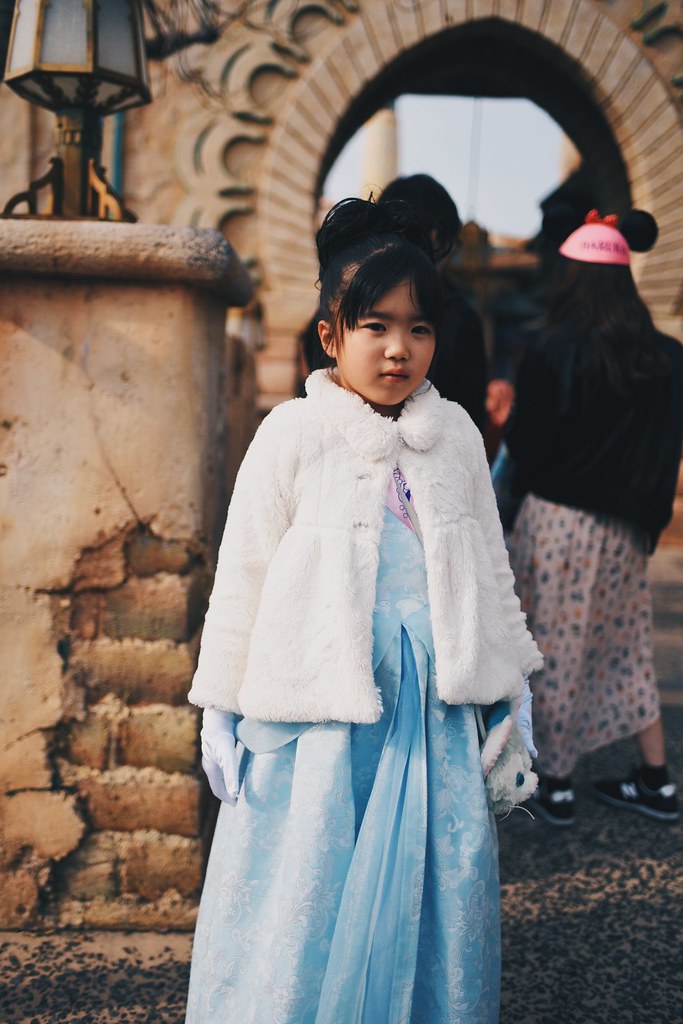 This Elsa was seriously BRINGING IT. I mean, look at that smize! Future ANTM winner right here. Jeez. Can’t deal. 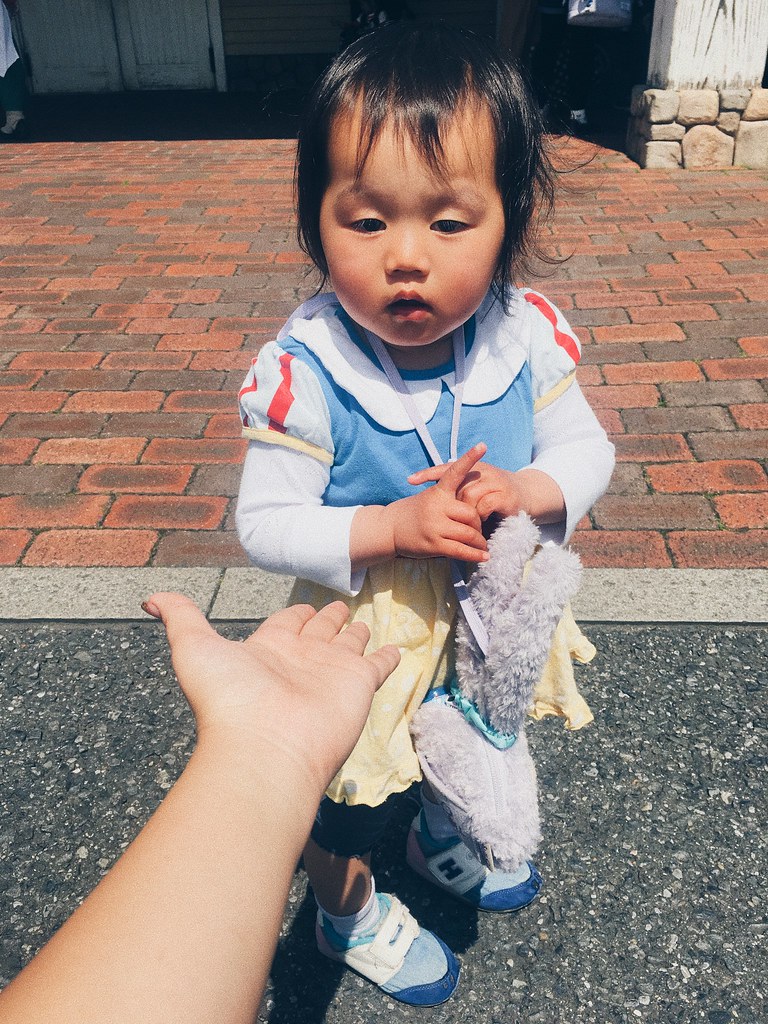 My one iPhone photo was of this kid who dressed up as Snow white. Don’t think she understood what a photo was tho. She was really confused.

And my ABSOLUTE favourite dressed up kids: 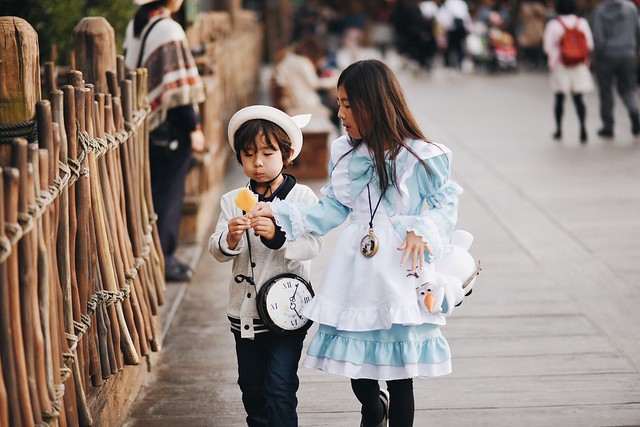 This sibling pair – White Rabbit and Alice. White Rabbit has a little white cap with bunny ears (don’t know if you can really see it from here) and he even has that little pocket watch where in the book he goes OH DEAR IM LATE like ten million times!. His sister is Alice, obviously, with a slightly out of character Olaf bag, but who makes up for it with that incredibly awesome pocket watch necklace!!!! LOVE.

This post was originally going to be titled Best Dressed of DisneySea. But you know, theres no point even trying. The kids win. They always do. The winners of every Disney trip are the kids who’s parents are hardcore willing to spend a ton on their kids costumes. Loving it. You stay wacky, Japan.

Hope you enjoyed the pictures – DisneySea guide to come! x

This was part of a Tokyo work trip with Klook – a travel activities booking site. Tickets to Disneysea were also booked on Klook!