Ten years ago, I visited New York for the first time, fell in love with the city, and swore that I would live there someday.

A year ago, after being accepted to my dream MFA program at Columbia University, I swapped out one bustling metropolis for another, and left everything behind to pursue a writing career in New York City.

Four months ago, New York unexpectedly bloomed into the global epicenter of the pandemic, and the word ‘unprecedented’ sprouted in every other sentence we exchanged.

Three months ago, I returned to Singapore to hunker down and weather it out.

And at this point in writing, half my life is there; I still don’t know when I will be able to return. 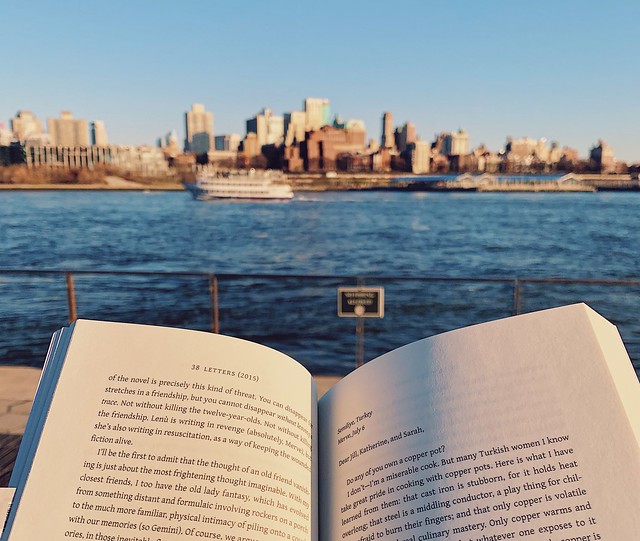 One weekend in New York
At first, I took this particularly hard. As someone who values routine, who finds comfort in stability, and who has always had a plan for the future, being suspended in this limbo was incredibly difficult. I developed an addiction to the news, both globally (are office buildings going to be a thing of the past?) and locally (the neighborhood NYC eatery where I sat, crying salty tears into a bowl of chicken noodle soup on a particularly difficult day in my first month – will it still be there?). Reports of the landscape morphing, time honored institutions shuttering permanently, and people I knew leaving without certainty of return rolled in every day. Change, though proverbially the only constant, felt personally devastating. Though incomparable to the larger crumblings of the world, the idea of returning to a version of New York vastly different from the one I left was still a small, personal tragedy, one I grieved over.

When I first returned to Singapore, these conversations dominated much of our family dinners. And yet, as my parents eventually pointed out, for anyone who has grown up in Singapore, this experience of passing through waves of change is not new. Singapore is a city characterised by continual onward progress – just three years is enough to see the cityscape evolve – and the Singapore of my childhood is not the one of my parents’ childhood, nor my grandparents’. In fact, within my lifetime alone, the country has changed drastically: it surfaced that my youngest sister has never known the pleasures of scratching manga drawings on a classroom’s chalkboard or switching out transparencies on an OHP; hers is the generation of the smartboard. What more the change that my parents have lived through?

Before the pandemic, my father used to go on these long, meandering walks, starting at 3 or 4am, and ending 10km later, somewhere in the middle of the city. Whenever I joined him (for lunch, not for his marathon walks under the equatorial sun), he would point out what each place we passed used to be. The jazzy NCO Club where my girlfriend Roz got married, for example, was once a recreational club for the SAF during his army days. Tanjong Pagar’s Duxton Road Police Living Quarters, now defunct, was where my mother used to stay while studying for her O levels, crashing with her classmate’s older policewoman sister. Further down the road, my dad was a student at Gan Eng Seng secondary school, once upon a time. If you go along Anson Road today, where the school used to be, you’ll see swarms of working professionals emerging from the underground Tanjong Pagar MRT entrance, disappearing into one of the high rise buildings that characterise our Central Business District: AXA Tower, Twenty Anson, International Plaza. Both my parents, actually, attended primary and secondary schools that either no longer exist or have moved campuses; both my parents lead lives, accustomed to change.

Tanjong Pagar is a neighborhood I am familiar with, due to its proximity to my old office on Hong Kong Street – I’ve spent many post-work evenings catching up with friends over chicken and beer at any one of the numerous Korean eateries along Tanjong Pagar Road, or enjoying live music along a club street bar. But as we walked, and as my father pointed out the past lives of these buildings, a different version of Singapore that I’d never been acquainted with emerged, rich with the personal history of my father’s lived experience, accessible again through conversation, memory, and retelling.

My version and memories of Tanjong Pagar, over the years
Living in an age where the digitization of memory is increasingly prevalent, there is plenty of online discourse around Tanjong Pagar as well, both recording its broader history and documenting individual accounts of its past. When I went back and did my own online reading, it seemed unbelievable just how dramatically Tanjong Pagar’s landscape morphed from literal fishing village to modern metropolis. Today’s Tanjong Pagar is a hip, CBD-adjacent neighborhood known for cafes, bars, and a vibrant nightlife, but in my parents’ youth, it was described as “the downtown, where people lived in shophouses” (my mum) and “Lee Kuan Yew’s constituency!” (my dad). Just a heartbeat before, the black and white shophouses of Erskine road were horse stables for Baweanese gharries, whereas the shophouses along Duxton road were coolie-kengs, migrant labour lodgings for workers who spent the day keeping Tanjong Pagar’s port running. And to my delight, the innocuous carpark, sandwiched in between the Buddha Tooth Relic Temple and Maxwell Food Center, was once known as the infamous Street of The Dead, Sago Lane – where the very poor or very superstitious went to die. In the late 19th century, when they were still legal, Chinese death houses on Sago Lane boomed, and despite unsanitary and frankly terrifying conditions, people who believed it inauspicious to die in their homes would pay a fee to stay in these death houses.

My internet dive into the Sago Lane death houses brought up fascinating accounts of those who spent their childhoods there surrounded by nightly funeral rites, and uncanny stories about ghosts and corpses – before the 1983 Singapore River clean up, which included demolishing the shophouses on Sago Lane and putting a definite end to the multitude of funeral parlours there. As the country evolved, grew, and progressed, so did its landscape, ever shifting and renewing. Today, one might cross the patch where Sago Lane once stood, never becoming aware of the rich history that went before, if not for these stories that remain passed around, both in memory and archived online. At the end of the day, when properly documented, memories, stories, and histories are the only things that can truly withstand generations of change. 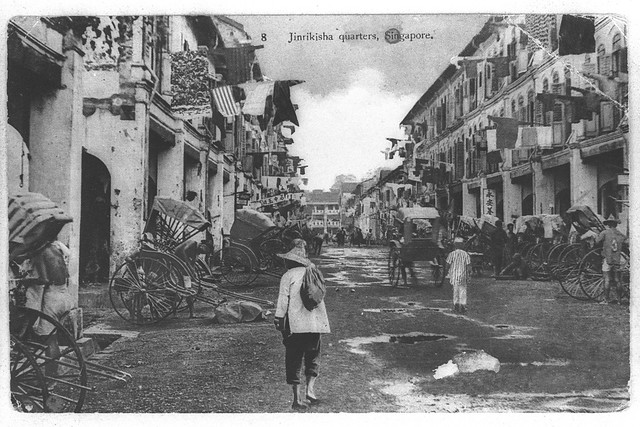 Sago Lane, 1920. Lim Choo Sye Collection, courtesy of National Archives of Singapore
It seems precinct and timely then, now that we expect to soon enter an age of new normal, with no idea what that normal would be, that this year’s Singapore Heritage Festival has moved fully online for the first time. But as we explore the many stories of our past through the site, let us not forget the future. Whatever we write, document, and preserve now will become a living memory box, the same way our existing online archives have become a digital context for our past.

What matters to you, what is worth remembering? Write it down. Photograph it. In facing this time of change, we still don’t know what’s to come. But at least we’ll have our present, a chorus of memories that will form our heritage, for years to come.