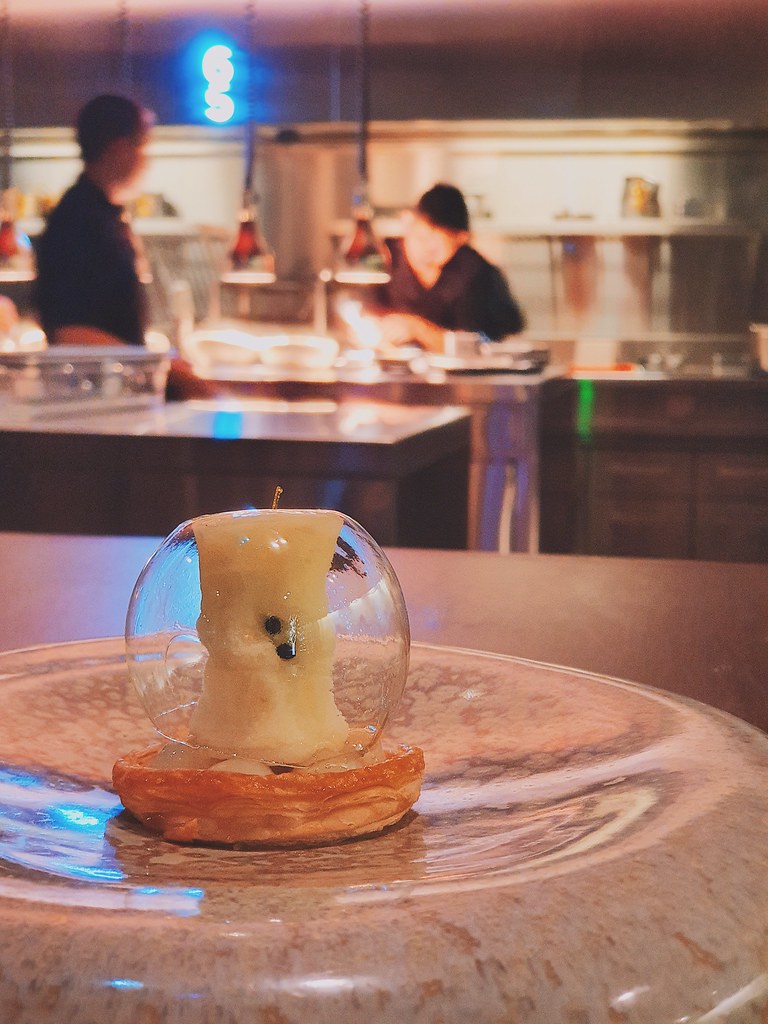 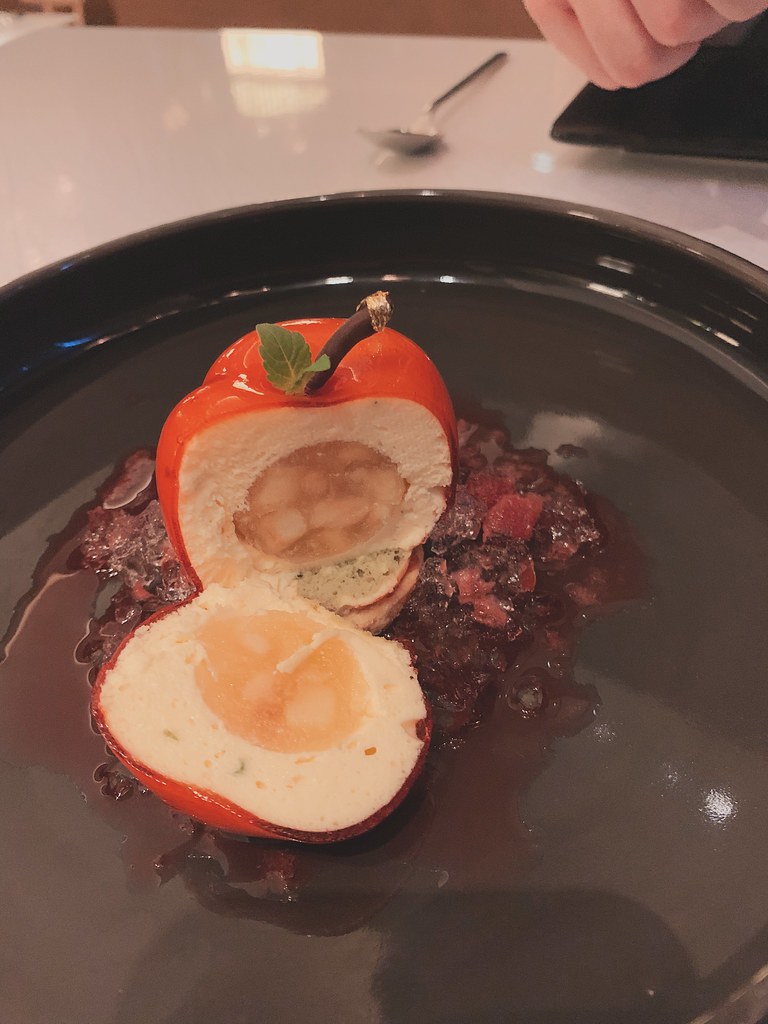 An apple by any other name…
Pic one: Table 65
Pic two: Akira Back

I had two apple themed desserts of late, leading me to wonder if this belies a new trend, or if it has been the classic dessert option all the while, the only variable being my mild nosing into the specific echelons of dining circles that would blowtorch sugar into beautiful, fruit-shaped crystals. Regardless, they were both excellent.

Table 65 Van Oostenbrugge’s signature Apple, which was made famous in Amsterdam’s restaurant Bord’eau, serves up a sour green apple sorbet under a transparent sugar dome, the whole thing perched atop a pastry flaked to perfection. One bite and you can’t imagine there being a more apt finishing dessert to balance the meal out, also, it’s prepared enchantingly before you, open-kitchen-concept style. Dinner and a show.

Akira Back’s Apple is a tantalizingly glazed sour cherry apple granite, filled with dense cream cheese with an apple compote middle, surrounded by ice cold champagne jelly which is my new favorite kind of jelly. Cutting into it is its own kind of satisfaction, watching the dessert knife sink cleanly into the soft glaze.. and then you get to the actual eating and you’re blown away.

Interesting to me also is how they’re named – nestled amongst names that conjure fantasies and images of gastronomical flight, both dishes are just – Apple. Almost a punctuation in the menu. Perhaps both places, unaffiliated as they are, had the same thought: stripping the dessert to its main descriptor, and letting it speak for itself on the plate. It’s a strategy that certainly works.