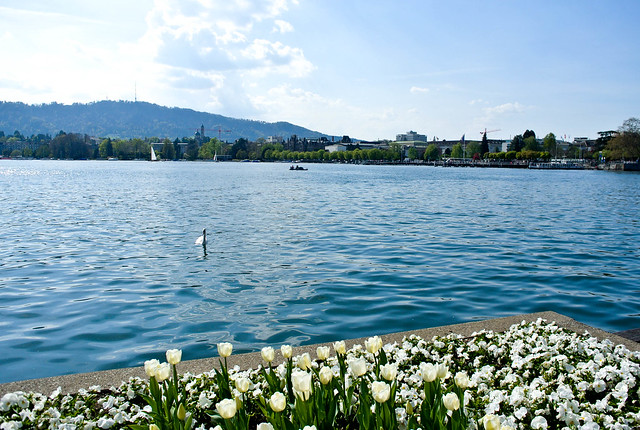 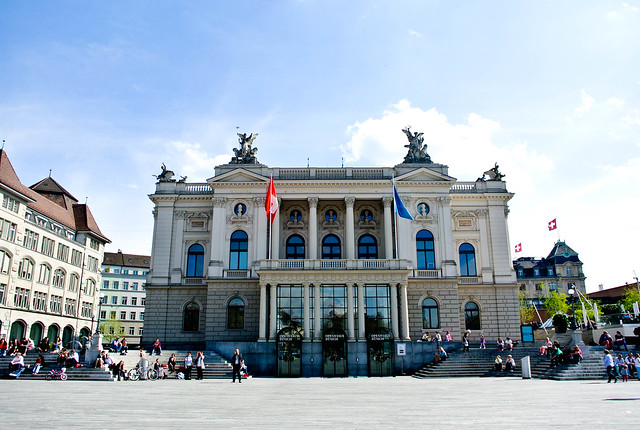 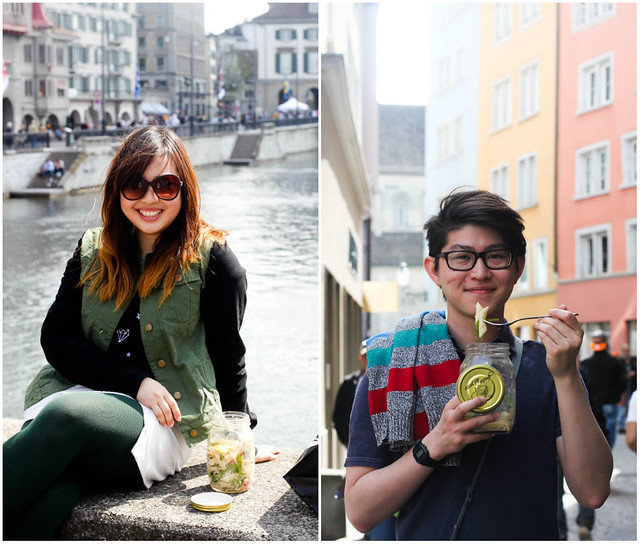 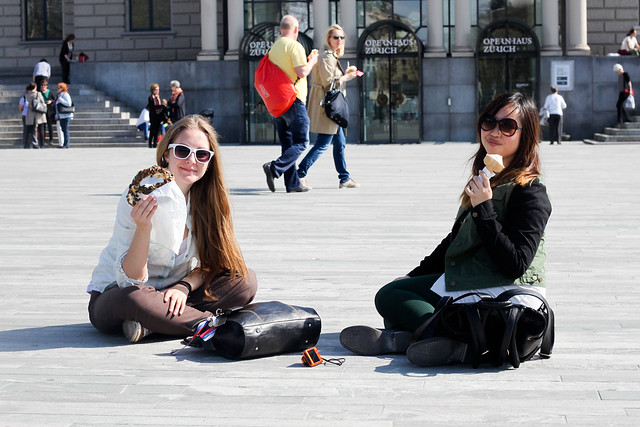 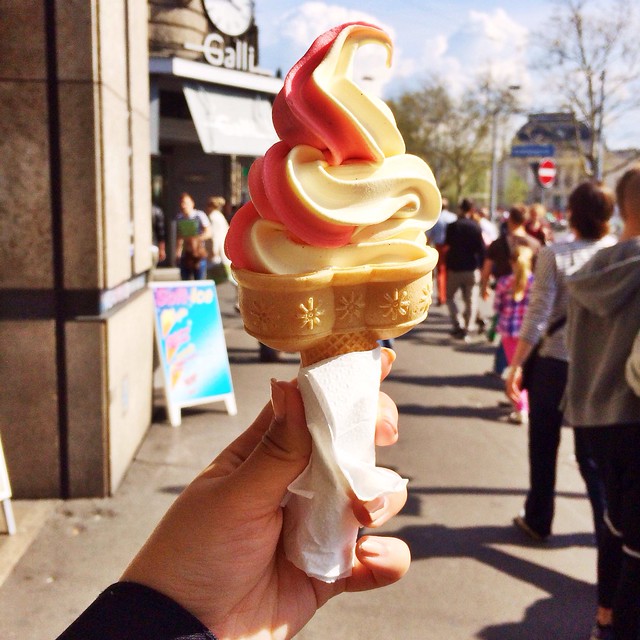 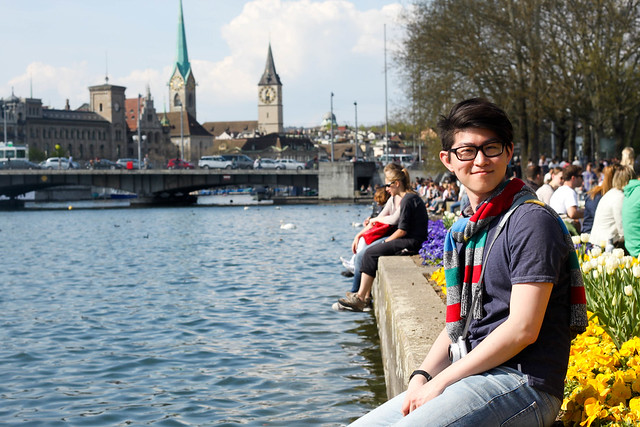 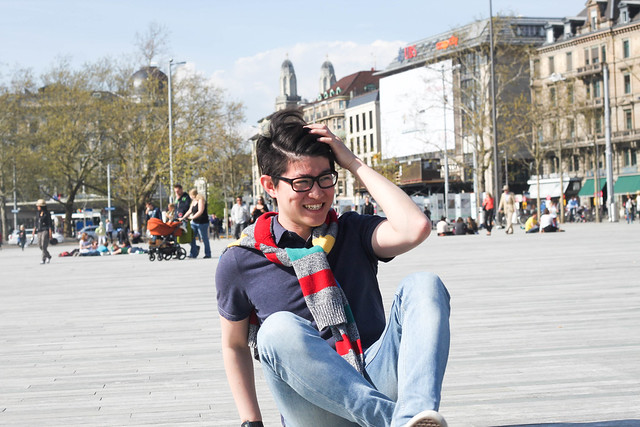 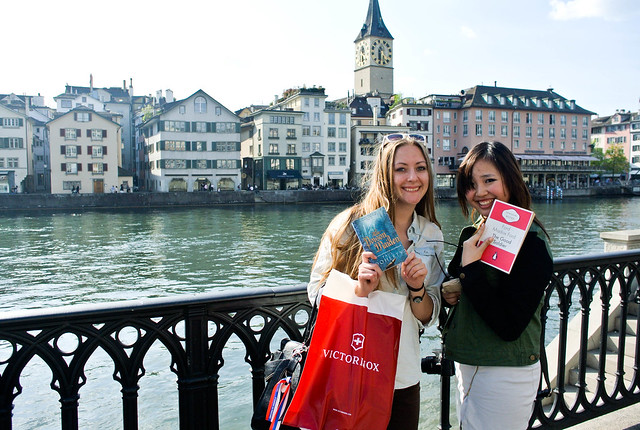 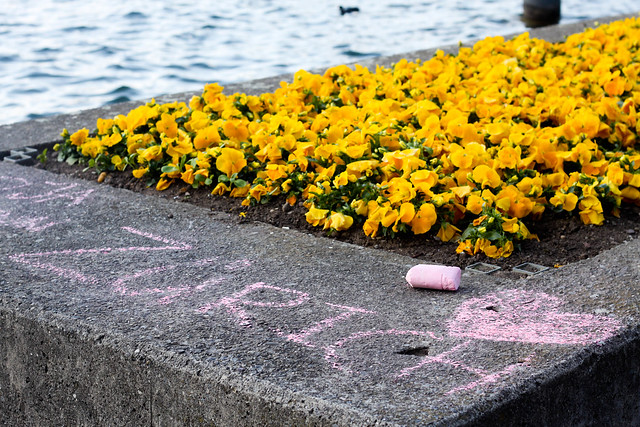 Zurich, Switzerland
We had an afternoon in Aldstadt Zurich, which honestly seemed like the more expensive European cousin of every other city I’ve visited so far.. As far as Switzerland goes, Zurich doesn’t distinguish itself very much from the rest of Europe – no Alp-sightings, no magical youth giving spring water, only the rocketing and slightly alarming prices of approximately everything in the city. For reference, Starbucks cost about 3 times what it’d cost back home.. but we’d been expecting this, and prepared lunch beforehand, which consequently meant we were wandering around Zurich with a mason jar of tuna pasta salad in hand.

If you don’t define it purely by it’s geographical status as part of Switzerland though, Zurich holds its own as a pretty damn beautiful city as long as you don’t risk heart attack by actually buying anything. We had what I’m pretty sure was the best ice cream in my entire life down at the square from one of those random soft serve stands (a heartbreaking 5 Euros, if i remember right), and then walked down Limmat River to Lake Zurich just to sit and soak in the sun and reflected dazzle off the water. Memories of primary school essay cliches like ‘inviting cool waters’ and ‘clear blue skies’ come floating embarrassingly back to me.

In retrospect, we probably did Zurich in the most cost efficient way possible – by making a day trip there on our way to Lucerne so we didn’t have to actually stay the night (which would have cost a bomb), and by bringing our own lunch along. I walked past a cafe and children were wearing Gucci so i didn’t even bother looking for somewhere to sit and have a cuppa. The only souvenir I got from Zurich was an old penguin book for one Euro from a Red Cross book sale along the lake. Very, very beautiful city, but to me Zurich will always be kind of like visiting a classy older friend and not daring to sit on her couch in case I spill spaghetti sauce on it, or something.