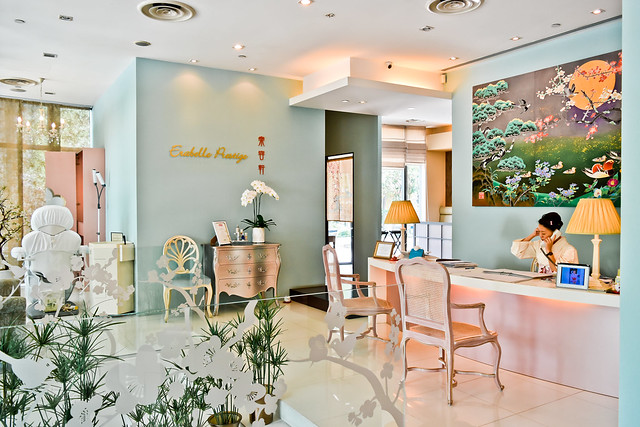 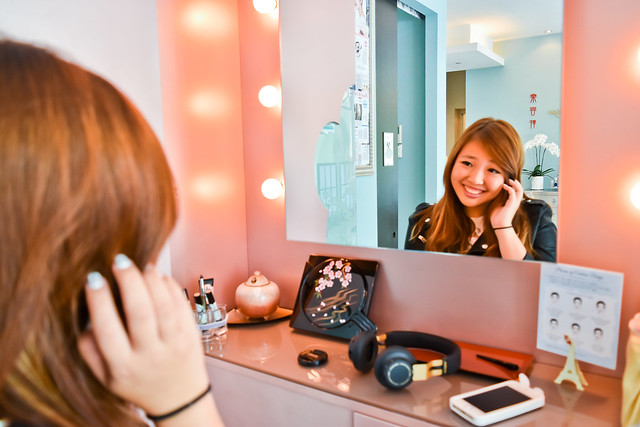 So this post is a long time in coming. After ages of being harassed by you guys online (and I’m speaking emails, askfms, comments on my IG going WHY DONT YOU DO YOUR BROWS???), I finally succumbed and got my brows professionally done at the start of this year with Erabelle.

I’ve never seen brows as a big deal, but of course that just goes to show that we all make mistakes sometimes. It’s never been a habit of mine to draw my brows, but the older I got the more people started commenting on them – so I started getting them regularly threaded. However, it soon became apparent that even that wasnt enough. Something about shape. So I tried filling them in, only to learn the hard way that your brows are the hardest part of your make up routine to get right. 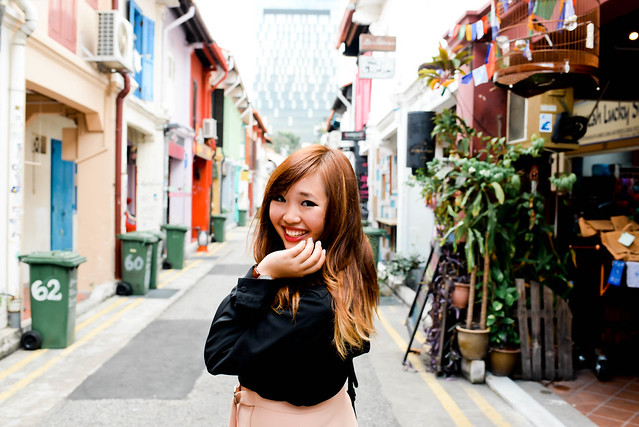 Before getting my brows done – without drawing them. You can see how they have virtually no shape and also, it’s becoming apparent that I dont have much by the way of brows to begin with.. 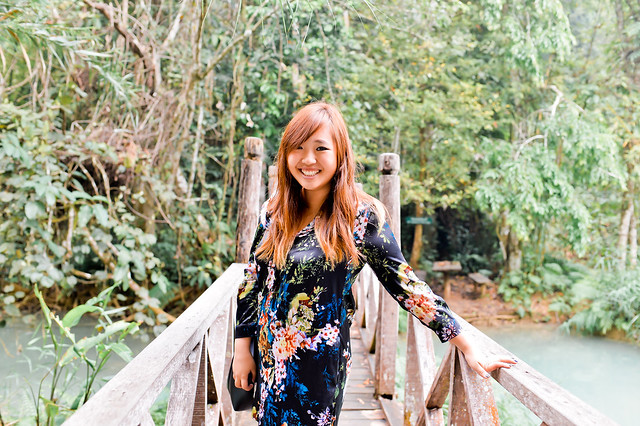 Laos, February. I have started trying to draw them on, but they still dont look like anything. Dammit! This is why I had bangs!

Soon I became pretty obsessed with them, and started pointing out other people’s brows to my friends, while at the same time trying desperately to get my own right via my mini eyebrow pencil. I also received quite a few emails from different brow embroidery companies asking after a sponsorship collaboration – which meant that my brow situation must’ve been getting a little too dire to ignore. Still, I shied away from saying yes to any of them because 1. I was afraid of getting anything permanent/semi permanent done in case I didn’t like it and 2. I dont like needles. I was slowly being bought over though.. and the final trigger was my girlfriend Xiaoqi. She and her sister went to get their brows done at Erabelle as paying customers, and both loved them. And they looked so good! I was convinced.

So okay, I said yes to Erabelle. This is where I must clarify that this isn’t a paid ad – in fact, I rarely take ads nowadays for my blog – and I told Erabelle the same. They sponsored the service with the understanding that I would only talk about it online if I really liked it, and they also knew that due to the high cost of the service I may or may not recommend it to younger readers.

After I got my brows done, I posted the results on instagram asking if people would be interested to read more about it, to which you guys said YES:

Waited three weeks to post this because I wanted to be sure of what I was recommending… But hey, I freakin love my new brows by #Erabelle and how they shape my face completely!! If you guys are interested I might write a post about it, let me know below? 👇

First up, let’s get the pricing out of the way, because lets face it – that’s going to be the main consideration for most people.

The Erabrowlogy, which is what I did, costs SGD1314. This consists four sessions over the course of two years, which is approximately how long your brow perfection will last for with proper care. It includes face analysis and brow shaping beforehand so you know what you’ll look like post embroidery, and also comes with an aftercare set.

If it isn’t already obvious enough, I must say: I love the results and how it’s shaped my face. More gushing later, but essentially the advantages of having semi permanent embroidery done over tattooing is that it looks better, more natural, and you dont run the risk of having your face permanently looking surprised if it goes wrong (which it shouldn’t). That is also why it only lasts two years. This is the number one issue for me when it comes to recommending the service, because it’s not a small amount. At the same time, if you have the cash to spend, it really does change your entire look for the better. So this is what I concluded:

Recommended for: Working adults who would benefit the most from a polished, sophisticated look. Bc looking professional and on fleek is essential for working adults, plus by the time you hit 25 its time to seriously start investing in yourself and how you look!

Not Recommended for: People still in school. Bc students by nature have no money and you definitely should not be asking your parents to pay for your beauty needs okay? Learn to draw your brows the hard way like everyone else. 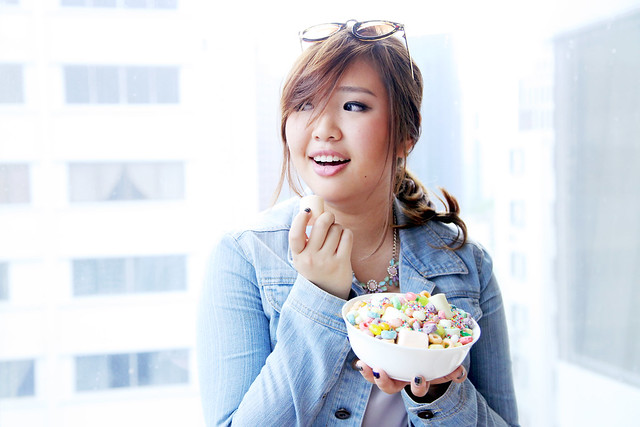 This is what I looked like the week I had my brows done.

One other thing i did with Erabelle is their eyeliner embroidery service, called Eraliner. Eraliner is exactly what it sounds like – semi-permanent eyeliner embroidery. It costs SGD856 for single liner (just the top or bottom lid, both eyes) and SGD1319 for full liner (top and bottom, both eyes).

This is really more of a luxury than Erabrowlogy. What it realistically does is tightline your lashes, so your eyes look more defined. When you have eyeliner on, it saves you the trouble of tightlining and potentially embarrassing yourself if you dont do it properly (because how ugly is the skin gap when you forget to tightline?). When you dont have eyeliner on, you look decent. It’s especially useful when I go to the gym because I dont look like a complete trainwreck without my makeup on.. 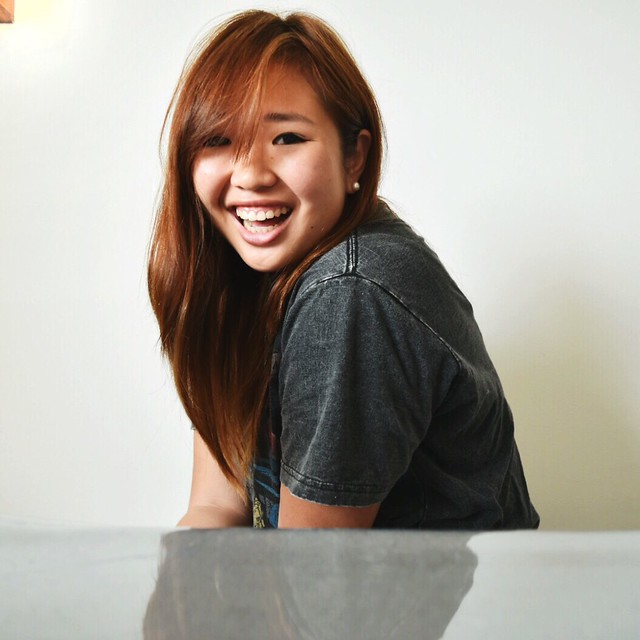 This is what I look like without make up, with Eraliner done.

But yes. I still use my gel liner on top of my Eraliner on a regular basis because I like my liner thick and strong, so if you’re the type who uses a lot of eyeliner like me, this would really be an additional luxury I would only recommend if you have the cash to spend. On the other hand, I feel more at ease hanging out without make up on lazy days because they still make my eyes pop.

I think the bottom line is that it’s a good and effective service, but only if you have the money for it.

You can get more information on the Eraliner here. My eraliner artist is called Fannie, and I love what she did with my eyes.

Okay, so now that you know what the upfront cost is. Moving on.. 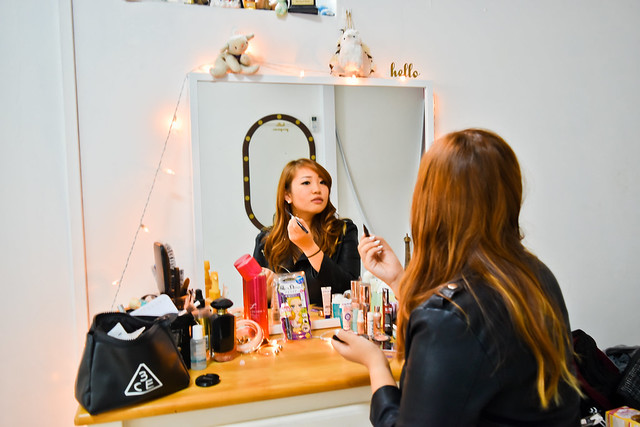 I’m not going to go into super specific detail regarding how beautiful the place is, the kind of music they play, or the type of tea they serve you when you reach, because honestly, if you’re there for the service, the place could be a collapsing building and you would still go in, in the name of beauty. So lets suffice to say that the interior decor is gorgeous, and everybody there is professional to the level of gently scary perfection. See picture one of this post for reference.

Instead, here are the important things to know if you’re considering erabrowlogy:

1. Shaping.
When you reach, your brow artist will shape and draw your brows for you after conducting a face analysis and talking to you regarding your face shape. She will also take before and after pictures using an iPad so you know where it’s at.

The brow artists have a lot of experience and therefore are masters of their craft, which means they aren’t amused by silly passing fads. If you request a certain brow style that is on trend and they dont think it suits your face they won’t do it for you. Which is something I like because to me, that’s integrity.

2. The Process
Takes about an hour, but to be safe allocate two hours because you have like pre-embroidery consultation and so on, plus the place is so chill you’re probably going to relax there after the procedure instead of rushing off.

The process itself is pretty comfortable. You sit on this cushy chair and they put numbing cream on your brows for awhile before using a huge pen-like machine to shade your brows. If you want, they’ll show you the ink they’re using plus the nibs of the pen and what not. It’s all very transparent. The machine and technology itself comes from Germany, and having lived in the country for 7 months I am obliged to say that that means it is TOP NOTCH. I fell asleep during the procedure, which goes to show that it is either very painless or that I can fall asleep anywhere.

3. Aftercare
Your brows can’t touch water for the rest of the day plus you have to apply super intense moisturising cream which they will give you for a week, to help your brows heal. I forgot a couple of times but I still turned out alright. I suggest you stick to their instructions though.

4. Immediate post procedure darkness
A lot of people are worried about looking weird for a week while the brows slowly fade back to normal. It was my concern as well because I’ve seen friends who do their brow embroidery elsewhere walk around with really dark brows for a week after.. but yeah, it was ok with mine. I had zero downtime and I think I looked normal after. In fact, I went straight from embroidery to shoot after my first touch up with Erabelle: you can see what it’s like in motion below:

You can see how it looks in real life, not just in pictures too – episode one was filmed right after I got my brows done, and episode two was about three weeks after.

However, for Eraliner, there’s a bit of a downtime depending on each individual. I didn’t wear eye make up for three to four days because my eyes were a little swollen after the eraliner procedure and i didn’t want to risk infection or anything, but I know of someone who had zero downtime for eraliner, so like I said, it depends.

Real Life Effect for me

This is the bit where I go on about how the brow embroidery has changed my life for the better. And dont say I’m being dramatic – because it has! Just for your reference, the moment I decided that brows really made a difference was post embroidery, when within a week, seven different people asked me if I lost weight. (I didn’t.)

So yes, the bit about good brows shaping your whole face is true. 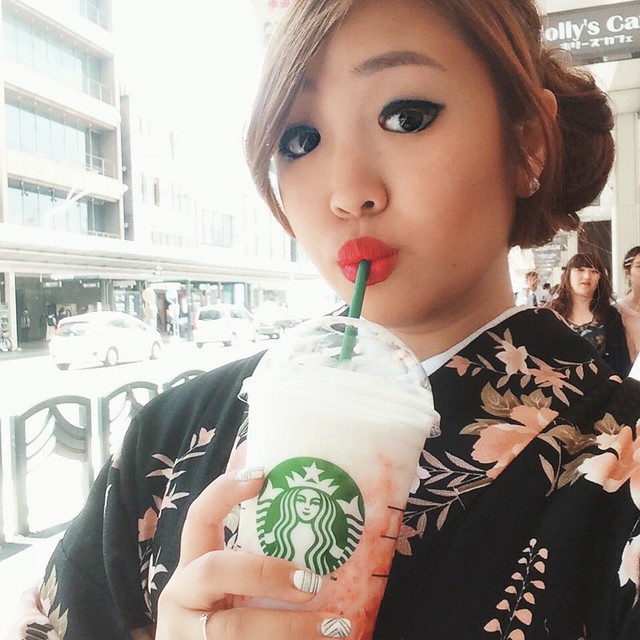 Beyond that, it’s as simple as this: I just look better in pictures and onscreen. I look more polished, sharper, and I kinda look like I got my shit together. As opposed to before, when I looked more like a kid I guess. And the compliments! People comment on my brow game all the time, and when people (read: boys) dont realise I’ve gotten my brows done, they just make a vague comment about how I look better. I’m not trying to be annoying here, I’m just saying. Great brows make a difference.

Another part which I love – I look more on point when travelling. For some reason now looking at my old photos in Laos and Bangkok earlier this year before getting my brows done really annoys me because I cant stop noticing how unprofessional my old brows look. Here are some pictures from each trip following my Erabrowlogy procedure: 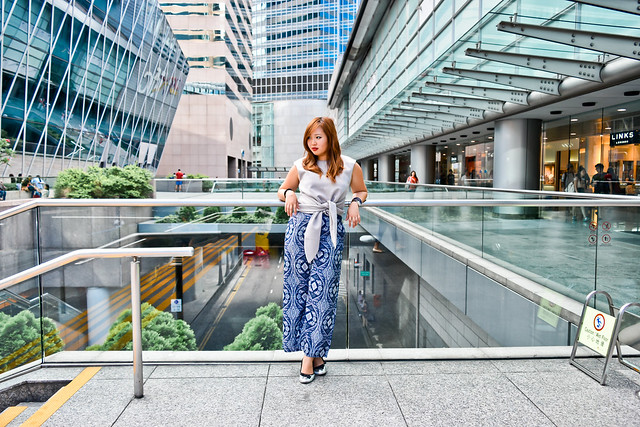 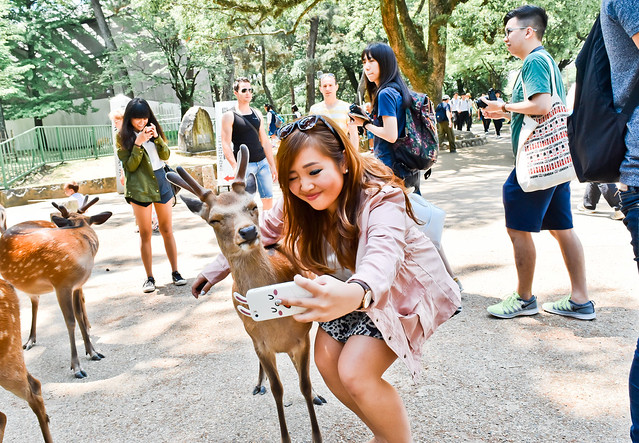 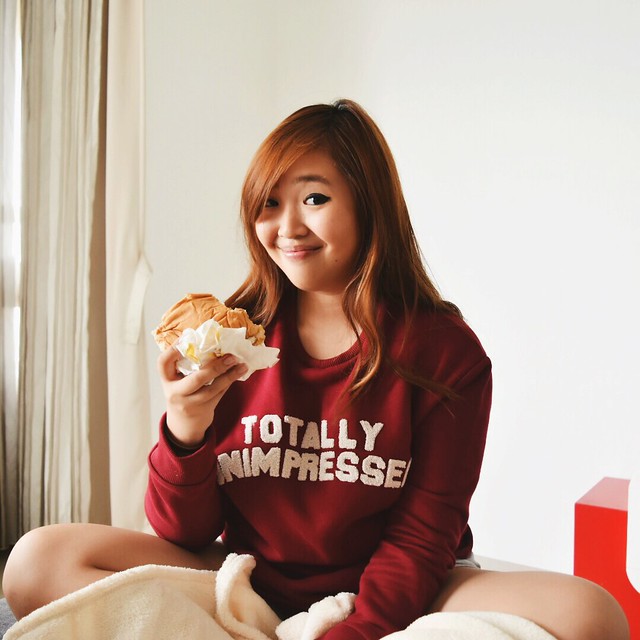 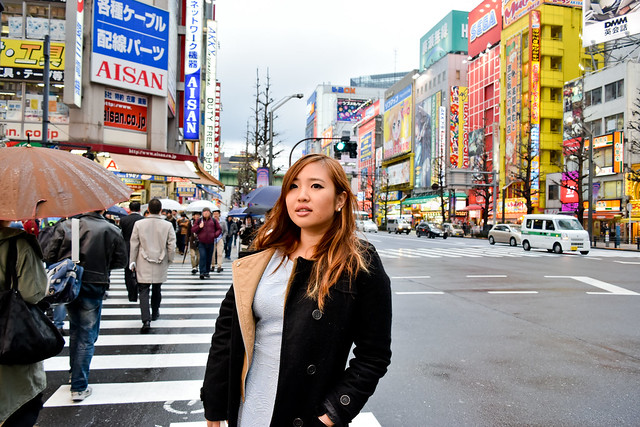 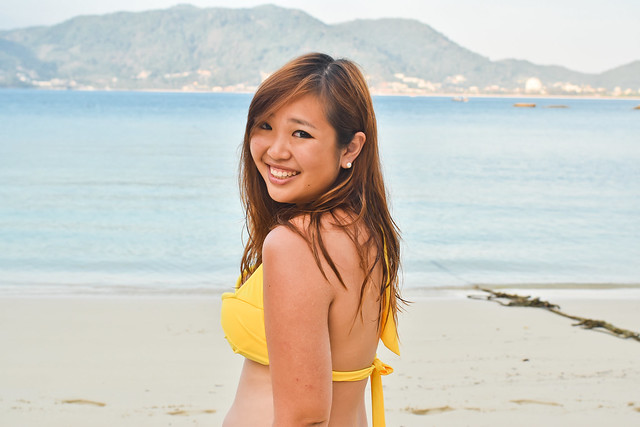 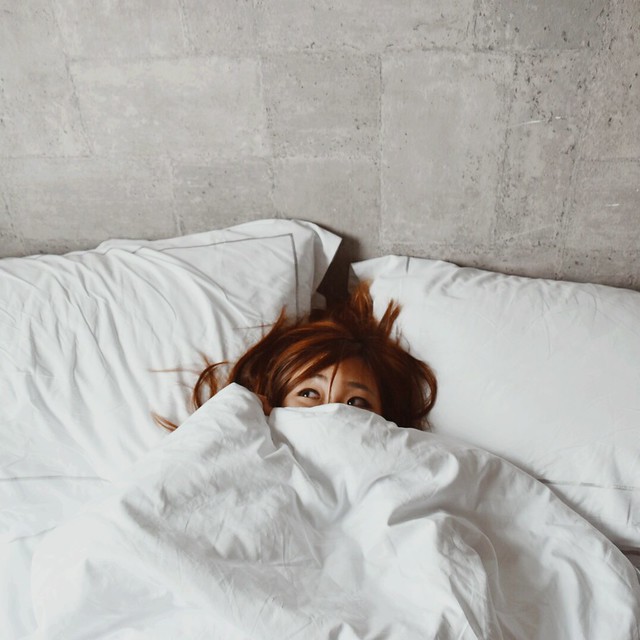 You see? I look like I know what’s up. It’s awesome.

Thank you for your generosity and hospitality, Erabelle Prestige! Erabelle has a bunch of outlets scattered around Singapore, which you can find listed here.

The one I went to was Erabelle Prestige at Orchard, off Dhoby Ghaut.

I super recommend them, because, well, you saw the photos.

Thank you once again Erabelle 🙂 And for everyone else, may you have beautiful brows forever because they are the best.