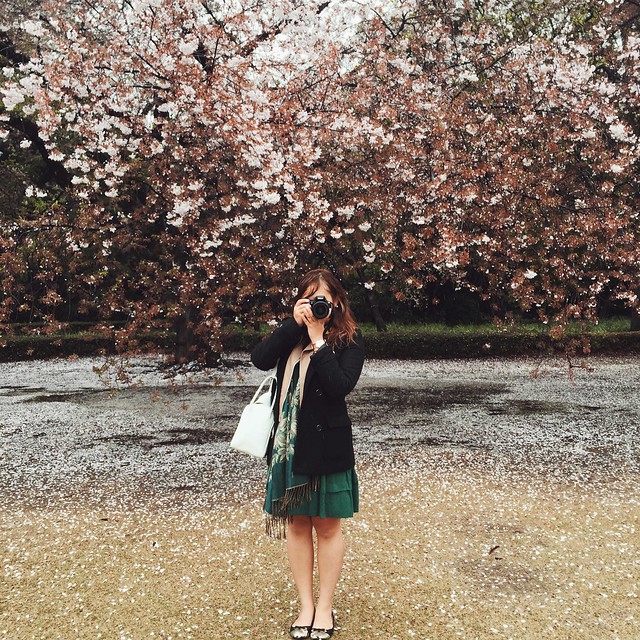 I’ve always been a bit of a, fine, lets say it: camwhore. My first camera was a dinky little pink thing that I bought when I was fifteen for four hundred dollars after starving for months to save up. It was a fujifilm compact which I lusted after for ages, passing by the camera shop display window everyday after school. I bought it without prior research, enchanted only by the deep pink shade of the thing, strong in my faith that all cameras are good cameras. It was wonderful and I must have taken a thousand photos of it within the first month alone. Unfortunately, it passed away two years later, which i discovered was apparently a common issue with all cameras of the same make after desperately googling for revival solutions on the internet. And that, kids, is the reason why you should always do your research on how durable your camera is before buying it instead of just choosing it for color.

When it came to my first DSLR, I was a little more discerning. I trawled forums like clubsnap and asked boyfriends of friends who owned DSLRs what they thought. Armed with the opinions of twenty pimply teenaged boys whom I trusted based solely on the fact that they could afford DSLRs, I went ahead and spent all of my first month’s pay post A levels on a second hand Canon 500D. A wonderful entry level DSLR of its time, but close to obsolete today. Me and my Canon, baby, we had good times. We travelled the world together. Great pictures were taken. Unfortunately, all cameras are subject to wear and tear and this baby was already second hand when I got it, making it really old and cranky. Right about the same time it started breaking down, I started working with Nikon Singapore and was fortunate enough to be able to try out a whole array of different cameras – and given the number of questions and emails I get regarding my camera information and recommednations (even though its right there in the sidebar you guys!), I thought it was about time I penned this post for all of you looking to purchase your first ever DSLR!

Many of you who’ve been following me on twitter or instagram know how much I’ve fallen in love with the new Nikon D5500, which is a recent offering by Nikon in the entry level DSLR market. I’ve been recommending it left and right to friends and family because I genuinely love it, and it’s been the one behind all of my recent pictures, starting from myPhuket Trip in March. Still, this isn’t a post specifically to promote that particular model, but it is the most relevant entry level camera I have on hand so the post will somewhat be based on it. So, I’m going to try and list qualities I think one should look out for when purchasing a new DSLR, which have been useful to me and that can be applied across the market. 🙂 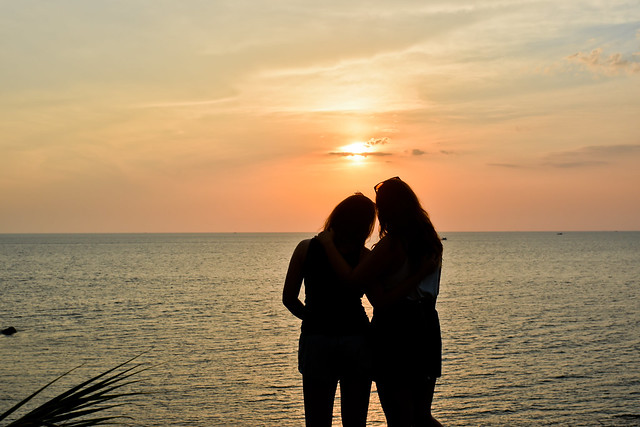 I had to have this explained very explicitly to me because I didn’t get it at first. To me, a full frame just meant a more expensive, heavier, camera, which produces somewhat better pictures. That’s somewhat it, really, but the specifics are a little more intricate than that. I wouldn’t say I understand it to a T, given that I’m not a professional photographer myself, but i do have friends who are, so after many lengthy discussions with them here we go: something as simplified as possible:

Full frame cameras are pro cameras.
Full frame cameras are very heavy, but more serious, give you better depth of field, and generally perform better in low light and extreme conditions. They are much more expensive than entry level cameras – you’re looking upwards of $2.5k for the body alone, and the lenses tend to be pretty expensive on their own. 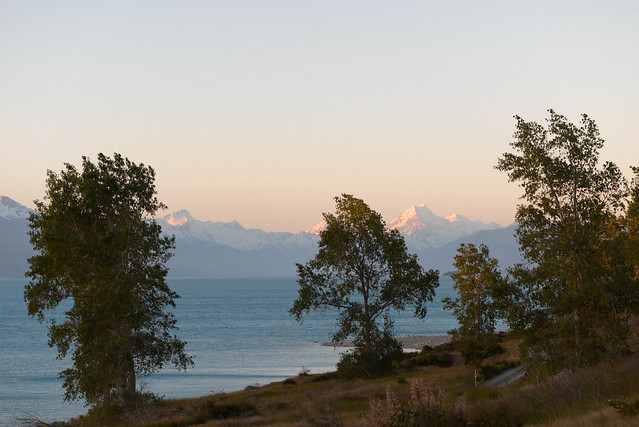 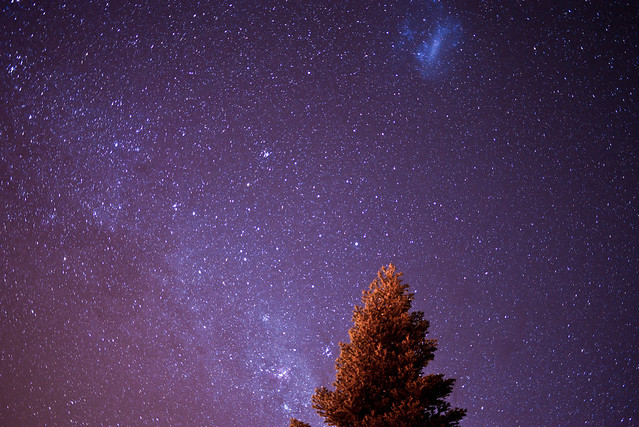 Cropped frame cameras are entry level cameras.
Half framed cameras are lighter, snazzier, and come with slightly flashier functions in general (like in built filters, etc etc). They have a crop sensor, which means things appear closer than they do with the same lens on a full frame, as if the camera is permanently on zoom mode. They are also way, way cheaper. You’re talking about the lower half of a thousand dollars for a brand new one.

The full benefits of a full frame camera can really only be experienced when you’ve learnt to shoot on manual, which takes a lot of trial and error and experimentation. In general, this means that unless you’re pretty familiar with photography already, if you’re just getting started and you want to learn DSLR photography, your best bet is starting with a entry level, crop sensor camera 🙂

Things you should look out for when purchasing your first DSLR

Obviously. This is something that can be quite subjective, and it varies from camera model to camera model. Essentially, going through forums to get sample images from the camera models you’re considering should be quite safe, or reading reviews from tech websites (I do that a lot). Your photo quality also depends on things like ISO performance, camera sensor size, and the lens you use, which will be elaborated on later.

Given how advanced camera technology is now and how many cameras offer this feature, I really don’t see why you should get a camera that doesn’t have wifi unless it’s got very compelling other features. DSLR wifi is really a game changer. Previously, you had to get an eye-fi SD card which is about 80 bucks, to even wirelessly transfer pictures direct from camera to phone. Now that’s becoming obsolete because so many of the new cameras have wifi – the entry level DSLRs and prosumer cameras, especially.

The D5500 is the first DSLR I’ve had that has wifi, and it’s been a total dream. I used to have to plug in my SD card to the computer every night, and ever since getting the D5500, I haven’t done it more than ten times total. 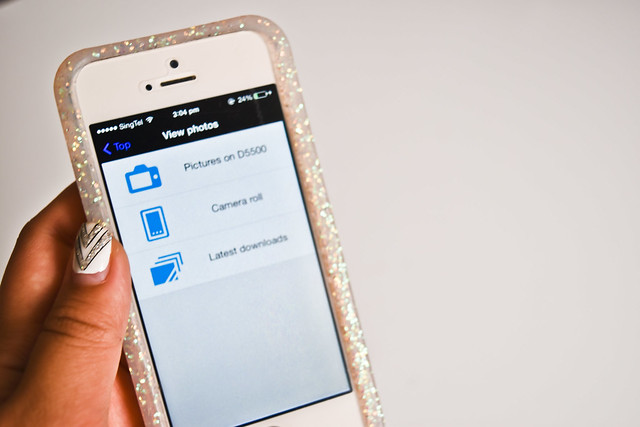 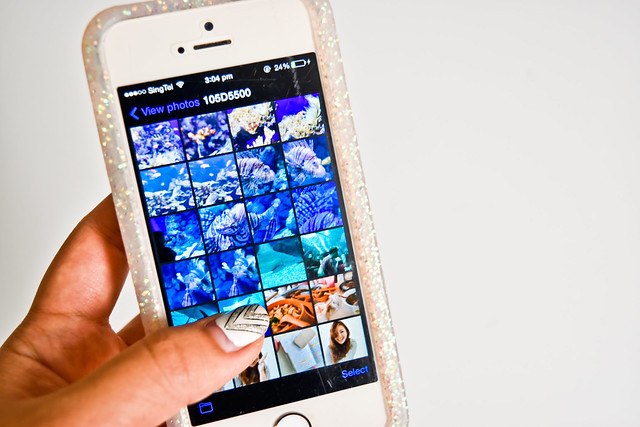 Transferring photos wirelessly from the D5500

Important because you’ll use your DSLR at night more than you realise.. once again, this is something that can be researched on for details specific to the camera model, but in general you want a camera that’s not too “noisy” at low light. The low light performance of a camera is affected by the generation of the sensor (newer camera = better sensors = less noisy pictures) and the pixel size (larger pixel size = better light capture). A lot of how your low light pictures turn out also depend on the lens you use, but that’s going to cost extra, so the best way to get nice low light pictures IMHO is to get a camera known to perform decently in low light, then master your shutter speed – because shutter speed is super important when you talk about pictures taken in less than ideal lighting conditions! 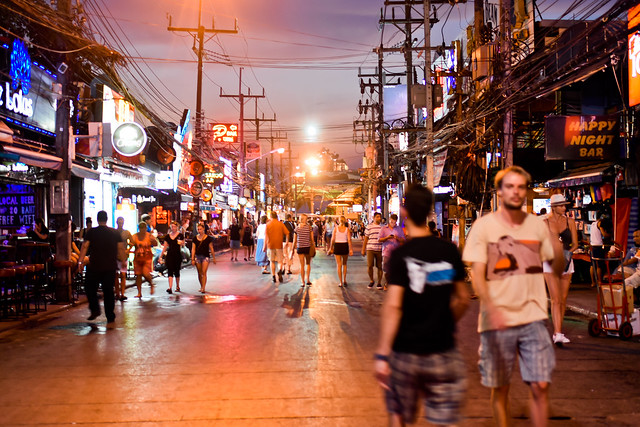 This is somewhat related to the previous point because a high ISO performance gives you better pictures in lower lighting too, but a camera that can perform well at a high ISO will also give you better/steadier pictures when shooting action/indoor/street light shots, or when shooting in places that dont allow flash photography.

Even if you’re looking to purchase it online, I suggest that you dont ever buy a DSLR without first holding it in your hands once. Go down to a retailer that sells it and pick it up, turn it around in your hands – you need to be sure that the size is comfortable for your hands. Given that we’re looking at cropped frame DSLRs here, you probably won’t run into the problem of having a camera that’s too big for your hands (a legit problem I have faced before), but you might wanna try out holding a few different ones to get a feel of which camera you feel has the best balance between being sturdy and lightweight – coming from someone who’s had shoulder cramp from carrying a DSLR around too much, I must say, DSLR-weight is important! 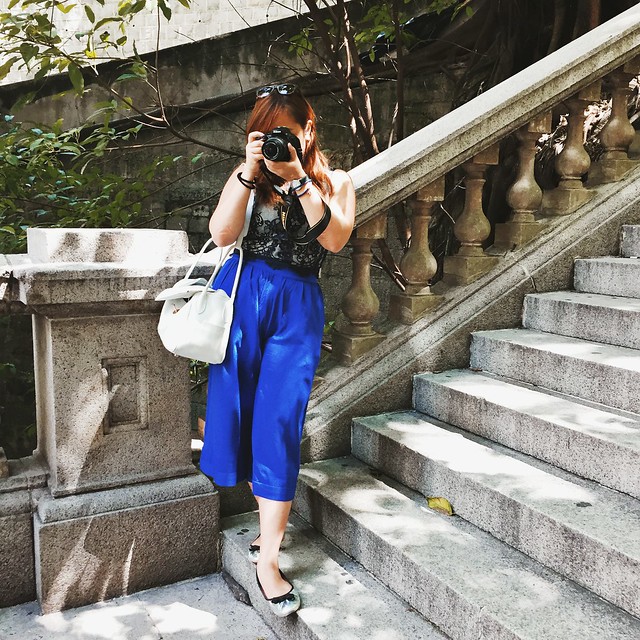 I find that these functions tend to work best together. Live View basically means having whatever you see in your viewfinder fed to your LCD screen, much like how most compact prosumers work. A tilting screen just means an LCD that can either be pulled out and flipped, or tilted to a degree so you can view your pictures from a less awkward angle if you’re trying to shoot over a crowd or something. I love the Live View function because it’s indispensable when you’re trying to take a flat lay shot – it’s just easier to position your picture when you dont have to be standing on a chair, peering into the viewfinder from above. Most cameras have a Live View function anyway, but I thought I’d throw this out there.


A note on lenses

Most entry level DSLRs come with the 18-55mm kit lens, which is a great lens for what it offers. It’s a normal zoom lens – the numbers mean the range at which you can shoot, 18 being the widest, 55 being the closest. A zoom lens, in the most basic of terms, means a lens that you can zoom in and out with by twisting the ring on the lens. Most of the pictures I took with the D5500 were taken on the kit lens even though I did have the 35mm on hand, because I felt like the pictures the kit lens offered were great enough not to have to switch out anyway 🙂 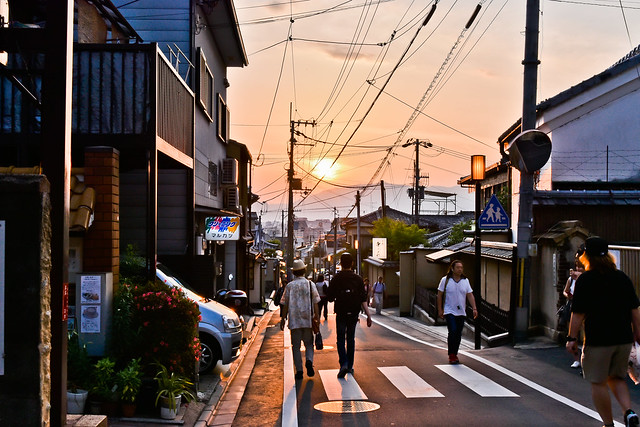 In addition to this, most people want to get one other lens, and the most common one is the 50f1.8 prime lens. A prime lens is a lens that cannot zoom in and out, so it has a fixed focal length, but it gives you better image quality and sharpness. The 50f1.8, for example, has great bokeh/ background blurring, which is what many people love. It’s great for food and portrait photography! 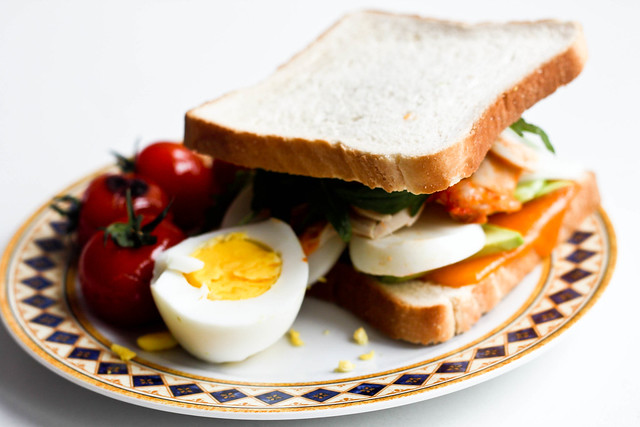 Alright, so that’s about it from me. Some things to look out for when getting your first DSLR. Obviously the two kings of photography are Nikon and Canon, and in general, DSLRs from both camps are guaranteed a certain level of decency, but other brands like Sony and Olympus are also making their rounds, so do your research for the models you’ve shortlisted to see which one suits your needs best! Also, this goes without saying, but good equipment doesn’t make you a better photographer. It just gives you the tools you need to take better photos. Most of your end product is a result of months of experimentation and tinkering with your camera, so tinker away. x