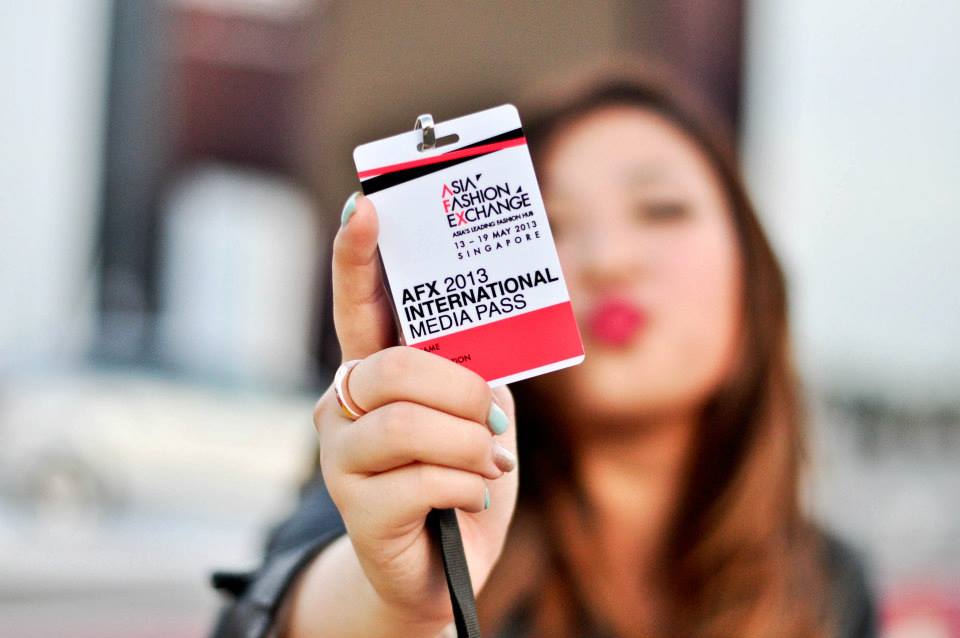 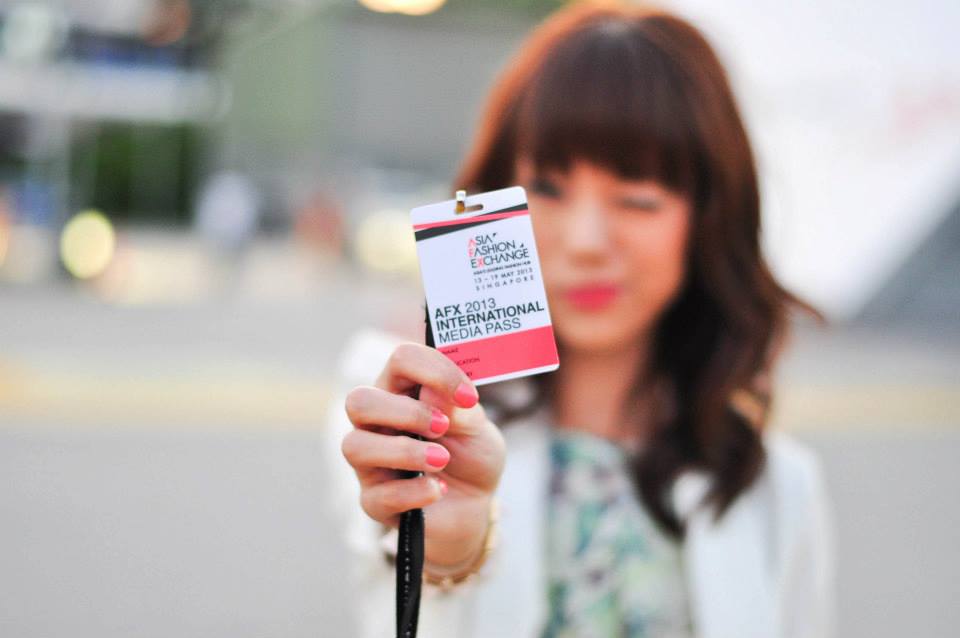 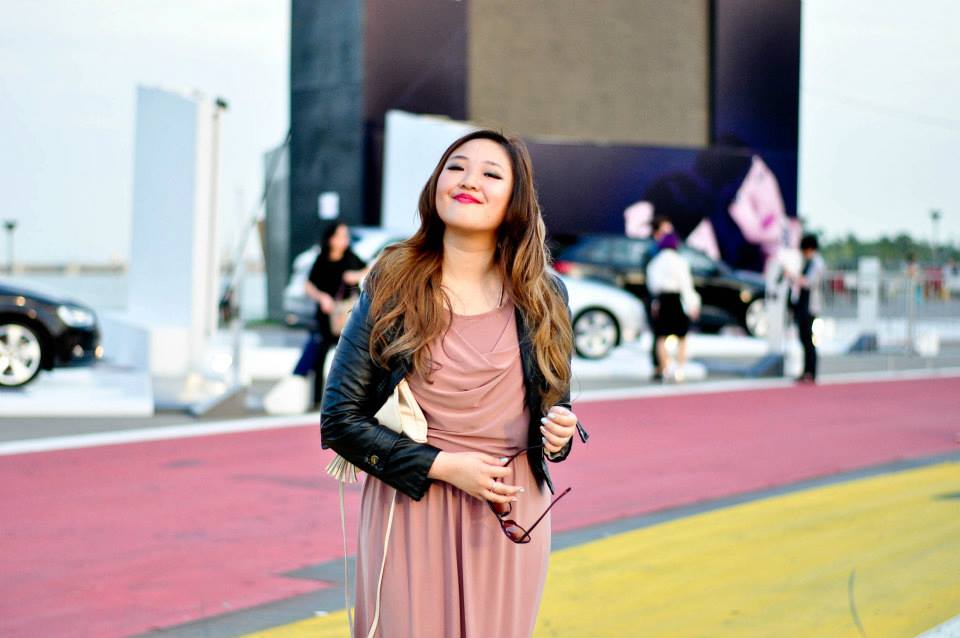 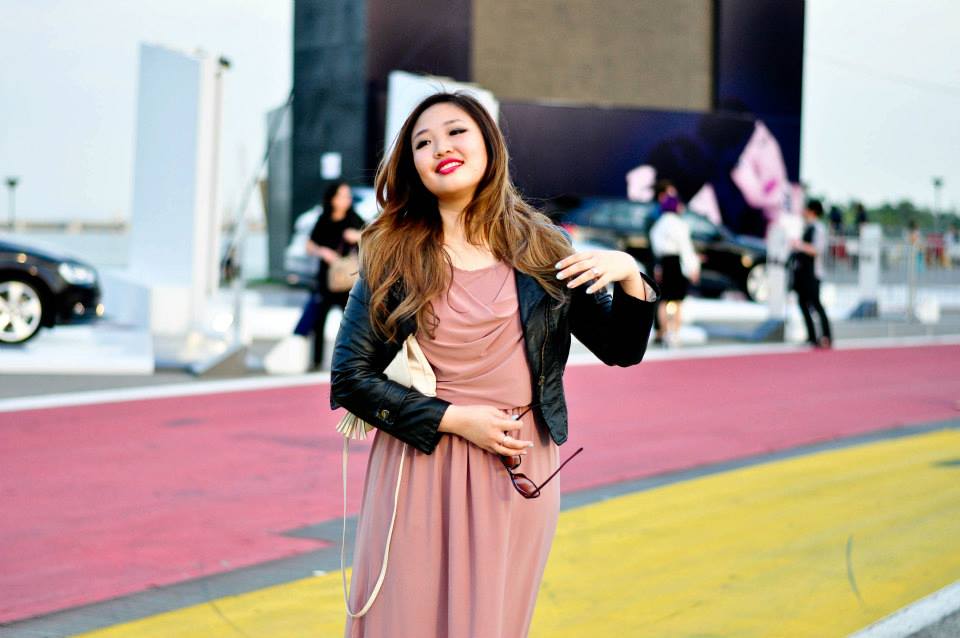 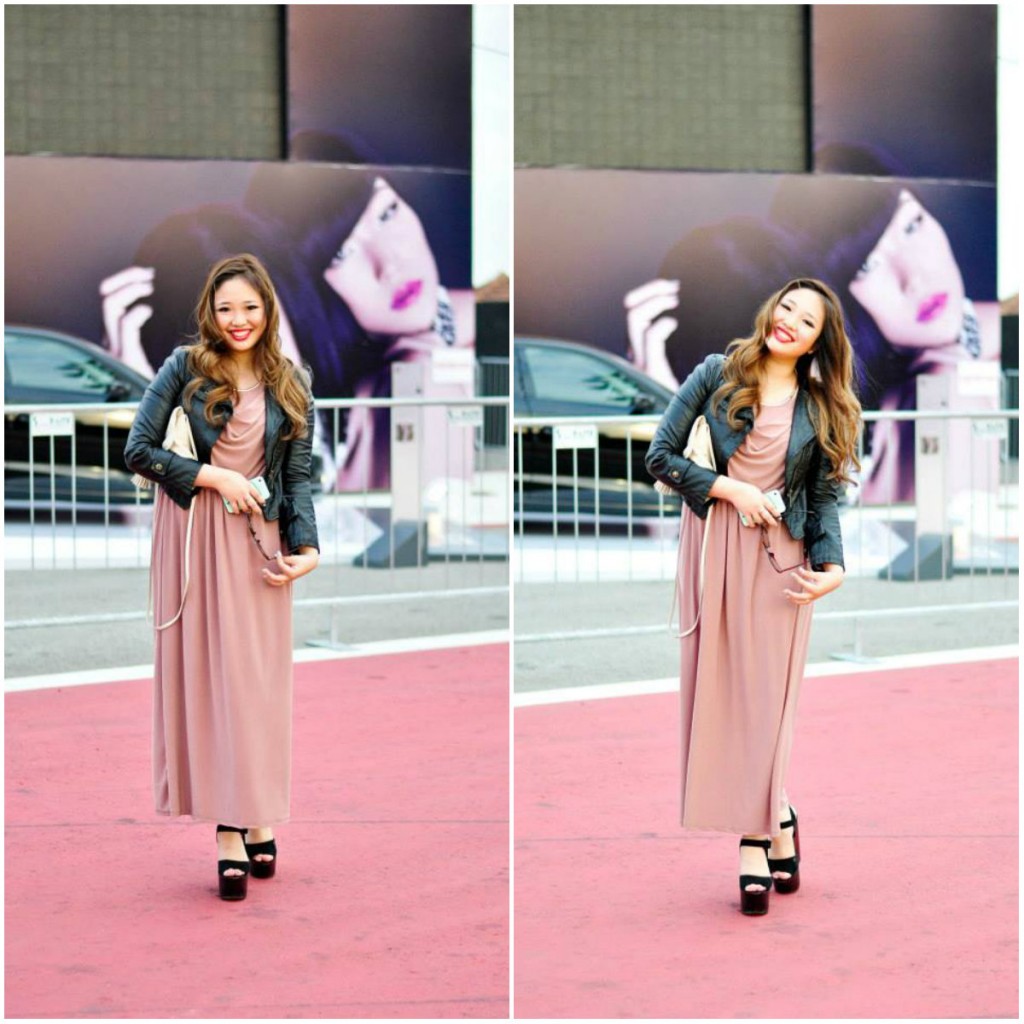 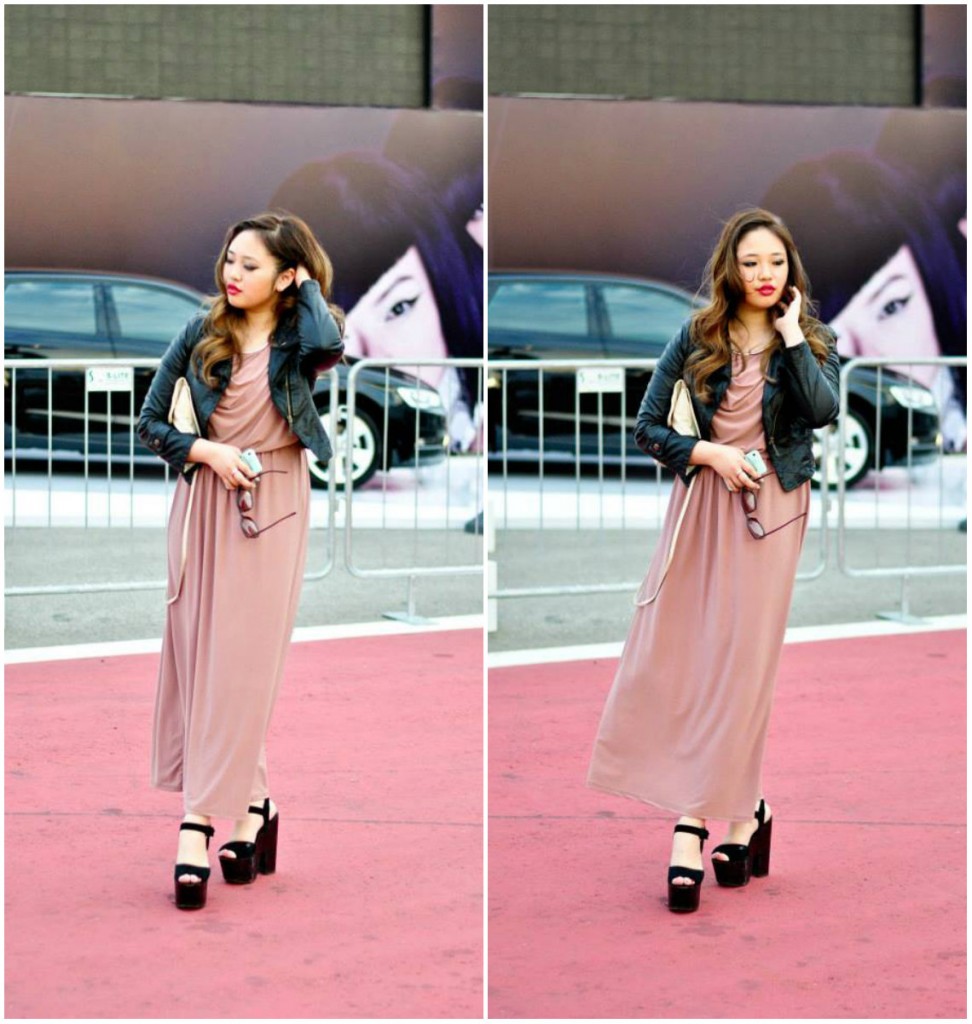 When I was writing this post I contemplated several post title options- there was the standard Audi Fashion Festival Lookbook, How to wear a leather jacket to death, and Audi Fashion Fest on a budget. Because, let’s face it, i’m essentially a student. I dont have five thousand spare dollars lying around for an evening gown. When people walked up to ask who my dress was by on the first day, I was basically like, uhh… H&M. Just telling it like it is. Anyway, the gown I’m wearing today was from Bangkok, and cost me like three dollars or something. Okay, I’m kidding. It was more like three fifty. I remember getting all excited about it in my Bangkok haul episode, and saying specifically that I could imagine wearing it to a night function, and bam. Predictive powers, plus ten points. (Weather forecast: It’s going to be really hot tomorrow) Am I turning into a Karen Smith? Maybe. Does it matter? Not so much.

Leather jacket is from Fox-out, and it probably looks familiar because I’ve worn it to death. I don’t quite get it, i have a million blazers and shrugs and jackets but somehow I always find myself falling back into this. Classic case of overwearing, but I love it so much I guess I’ll continue to just let it happen. It’s kind of like my best friend now and everything. 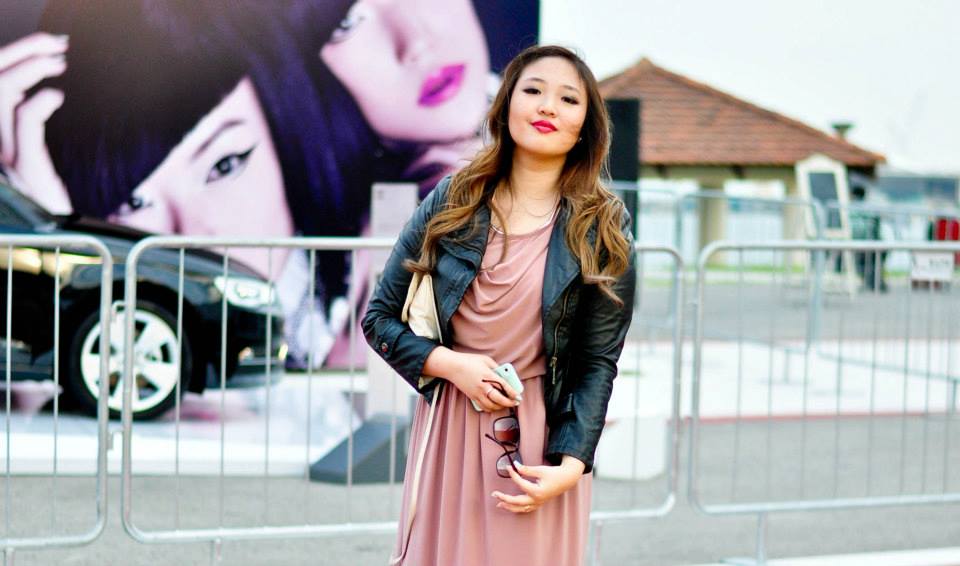 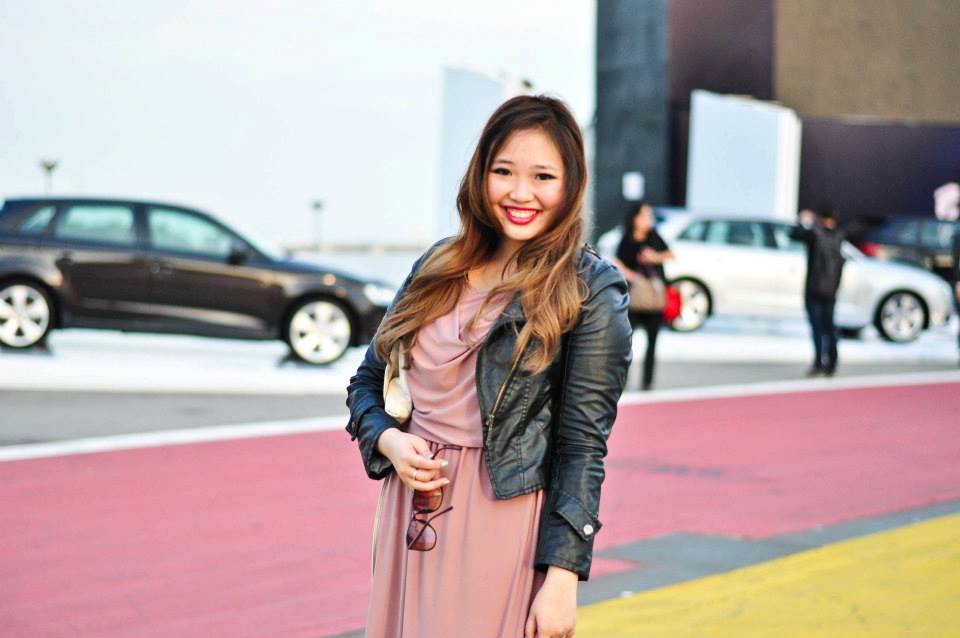 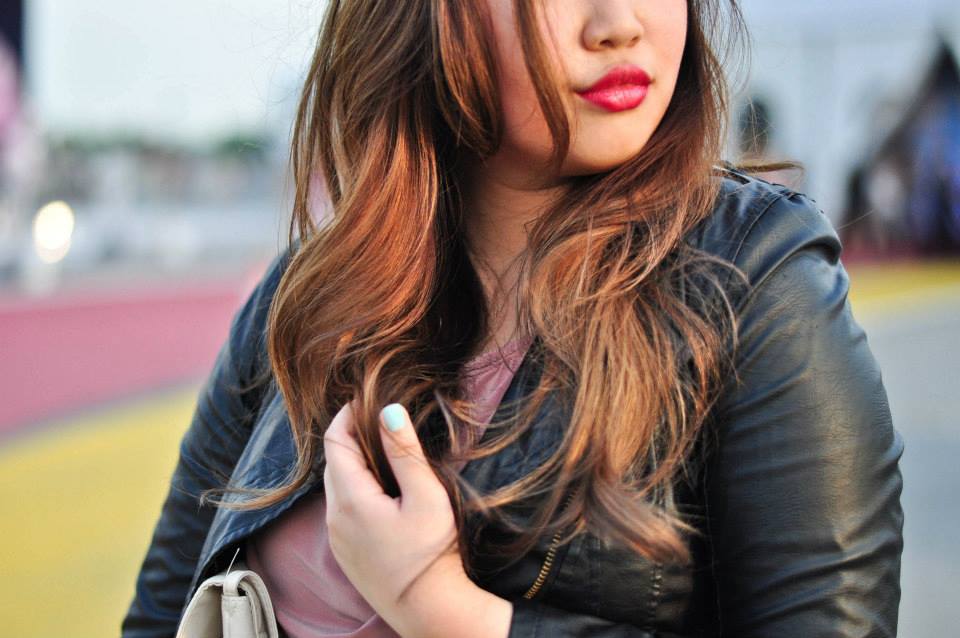 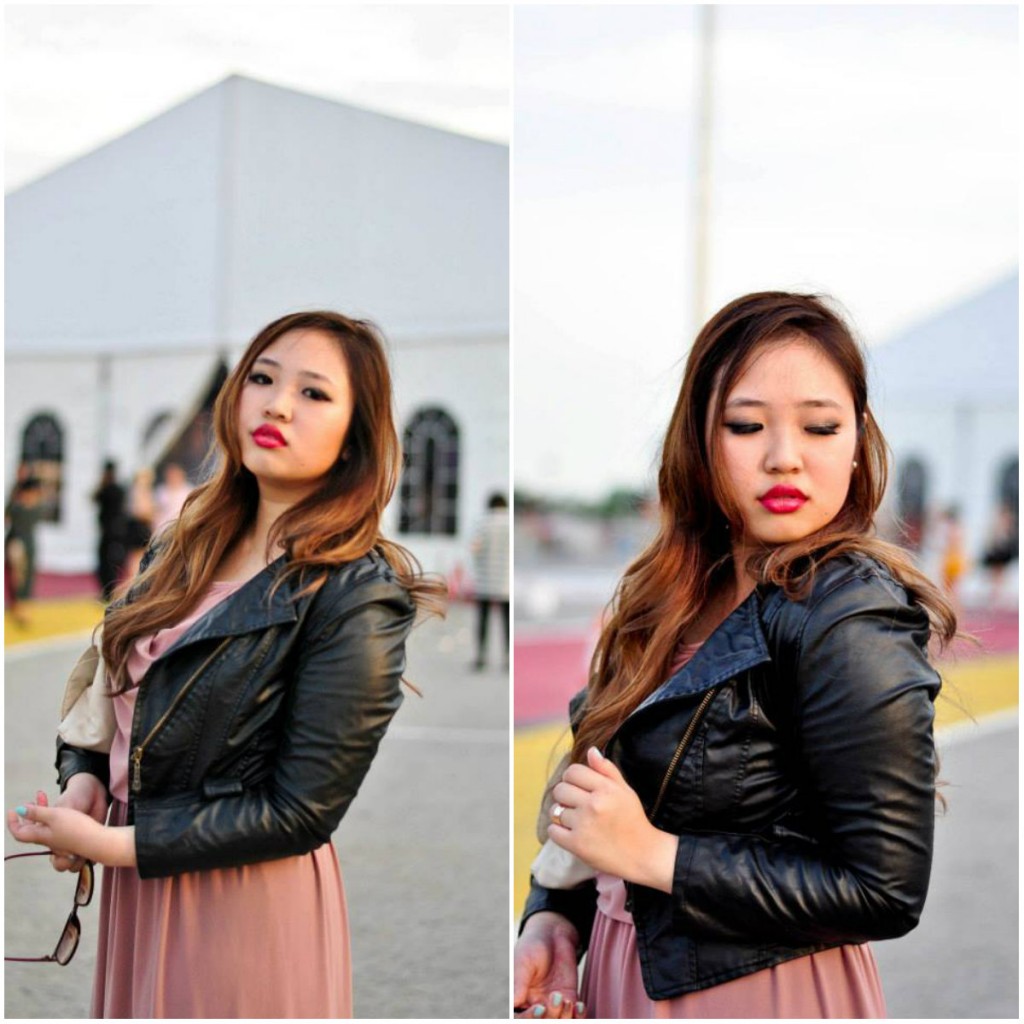 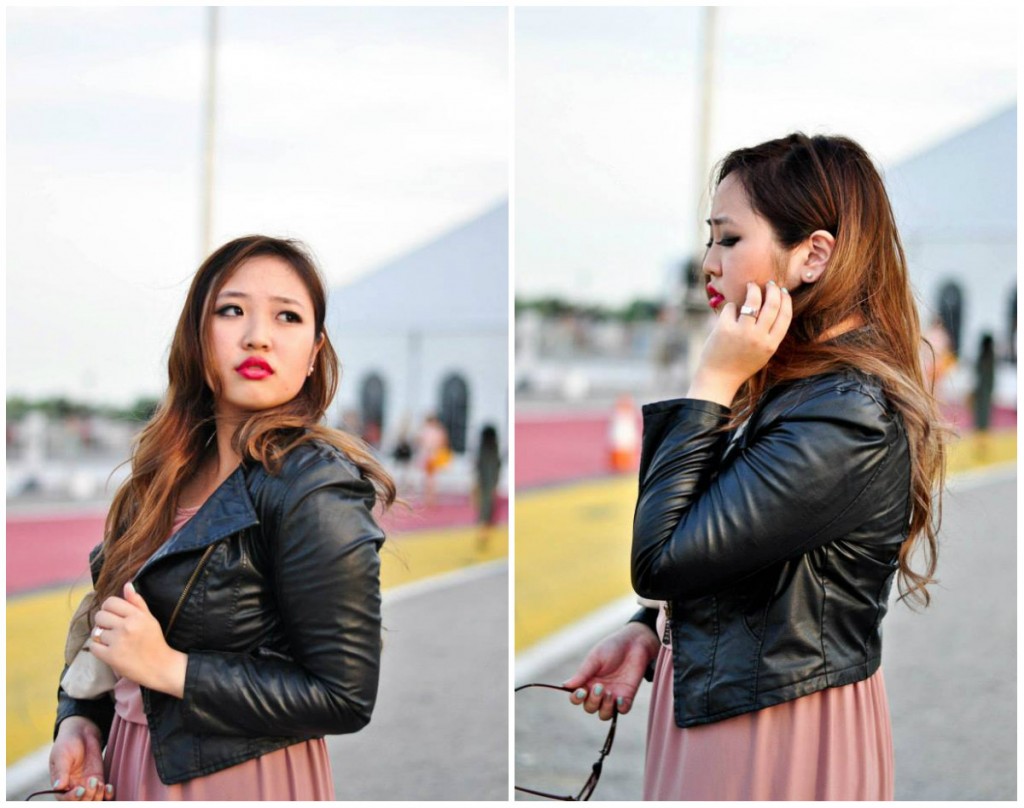 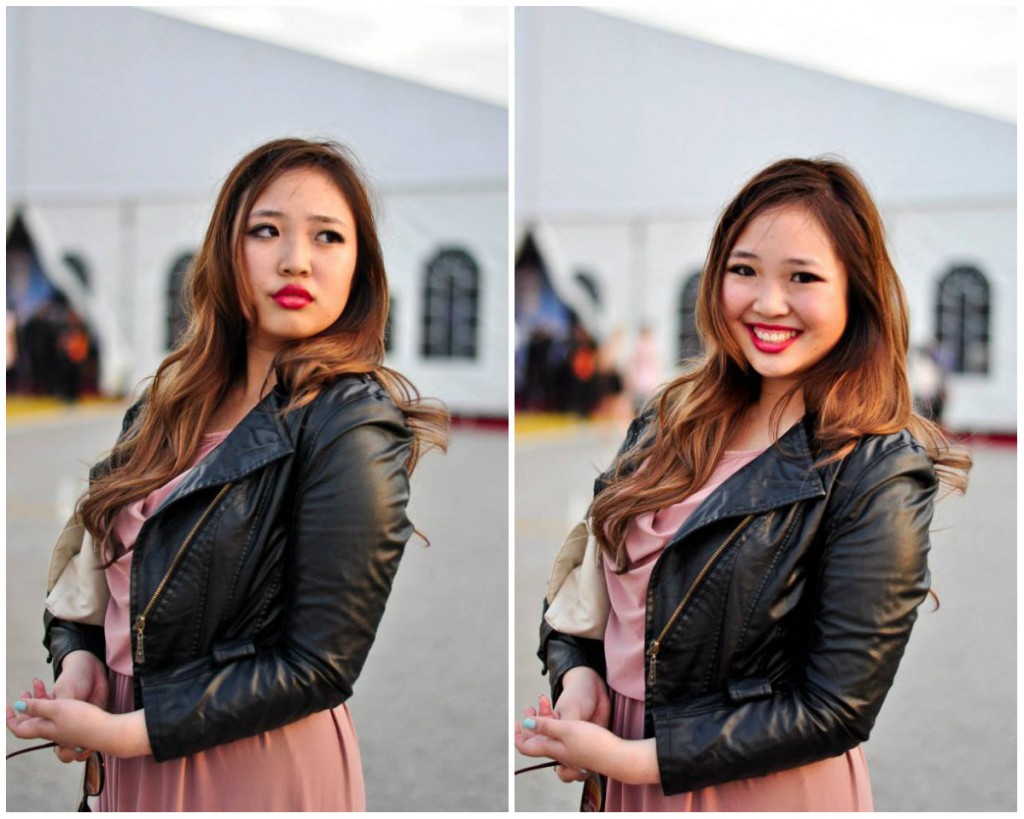 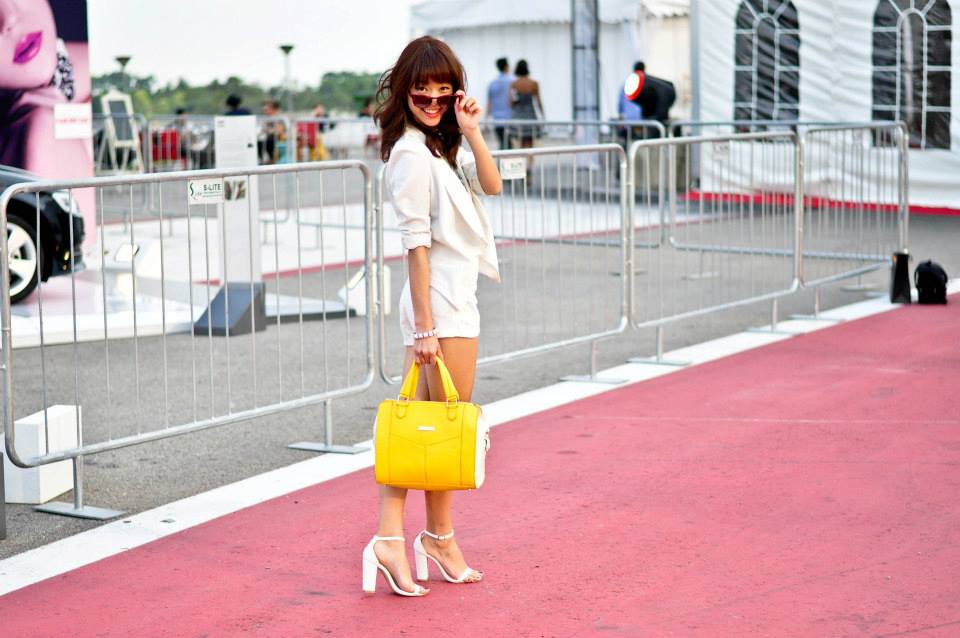 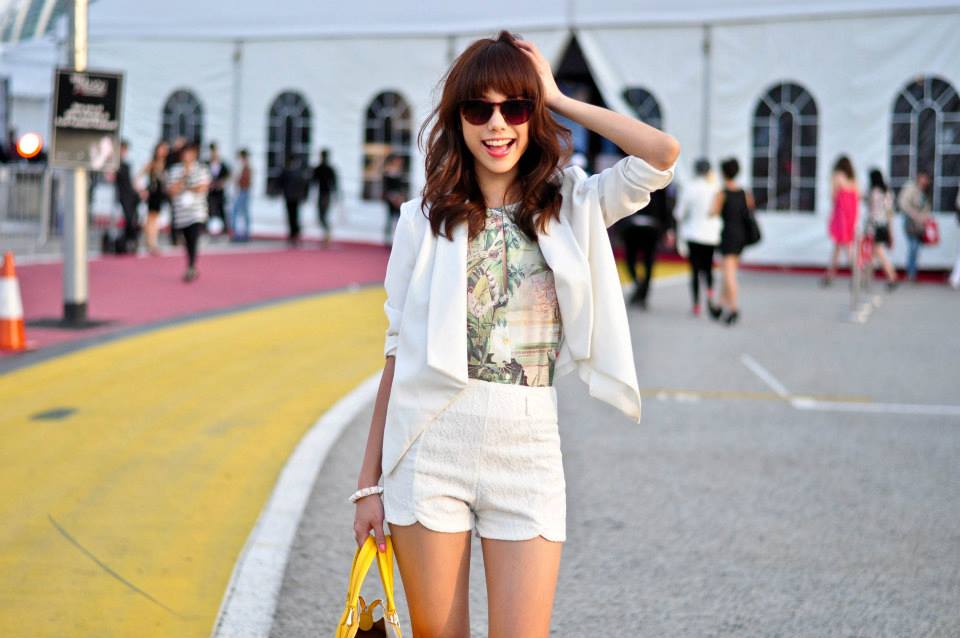 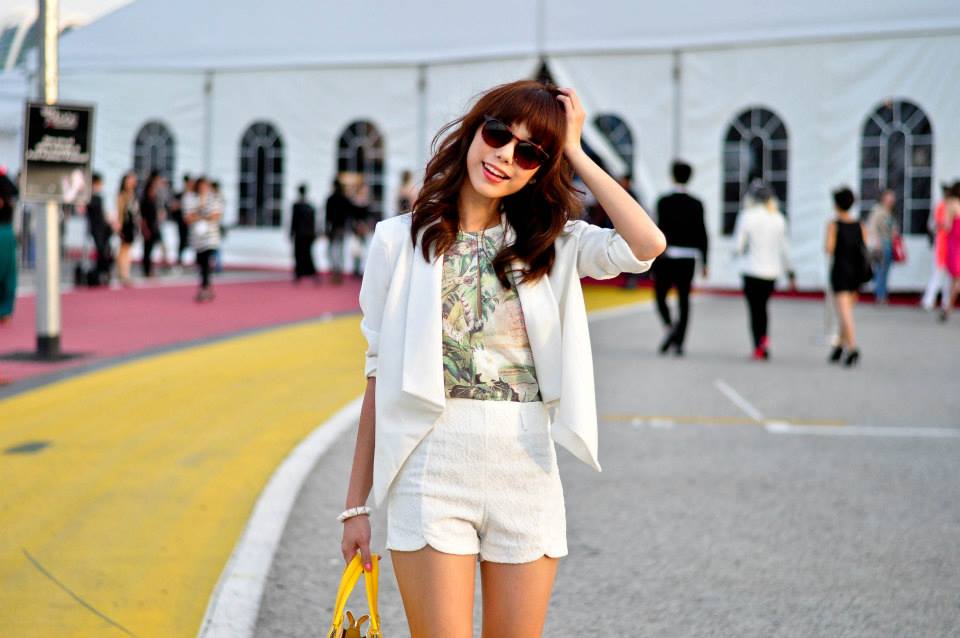 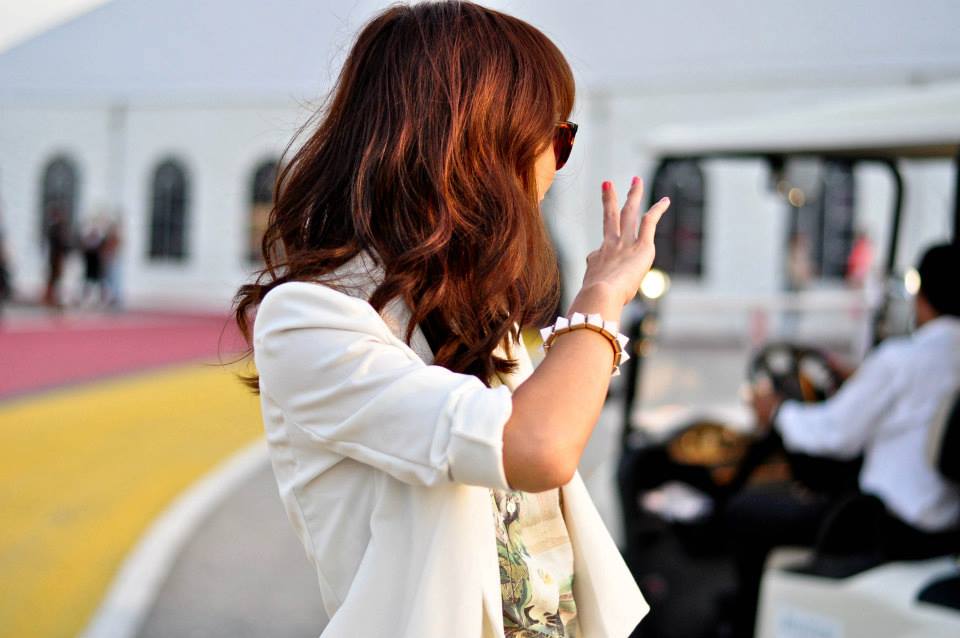 We had to keep trying to avoid being knocked down by the passing buggies when getting both our shots. I read something in a magazine lately, where the editors made up their own obituaries, and one of them went something like: Unfortunately killed by passing bus when pretending to cross the road for a pretentious fashion outfit photograph. Yeah, something like that. It’s not so far off, really. Here are more shots with qtpie chong: 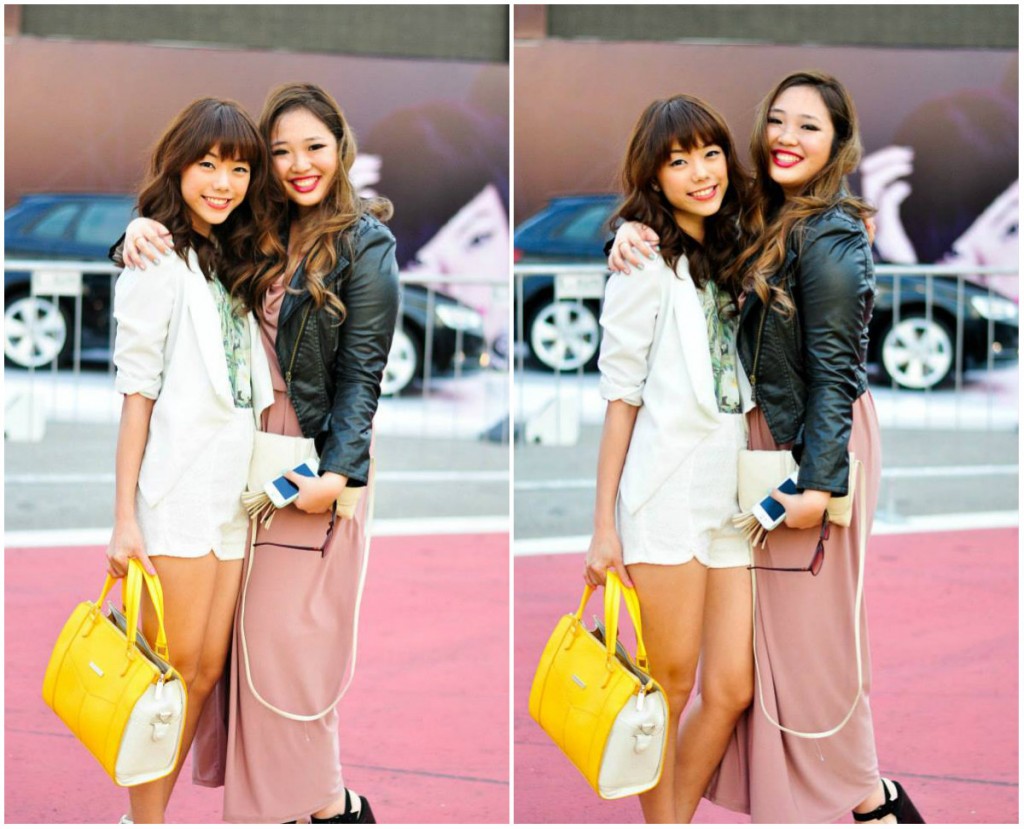 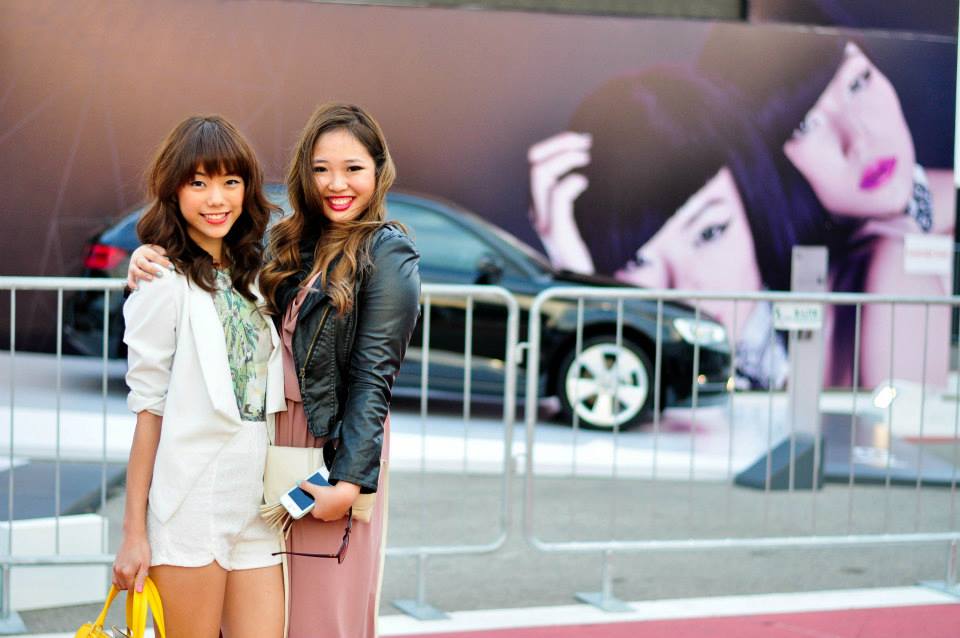 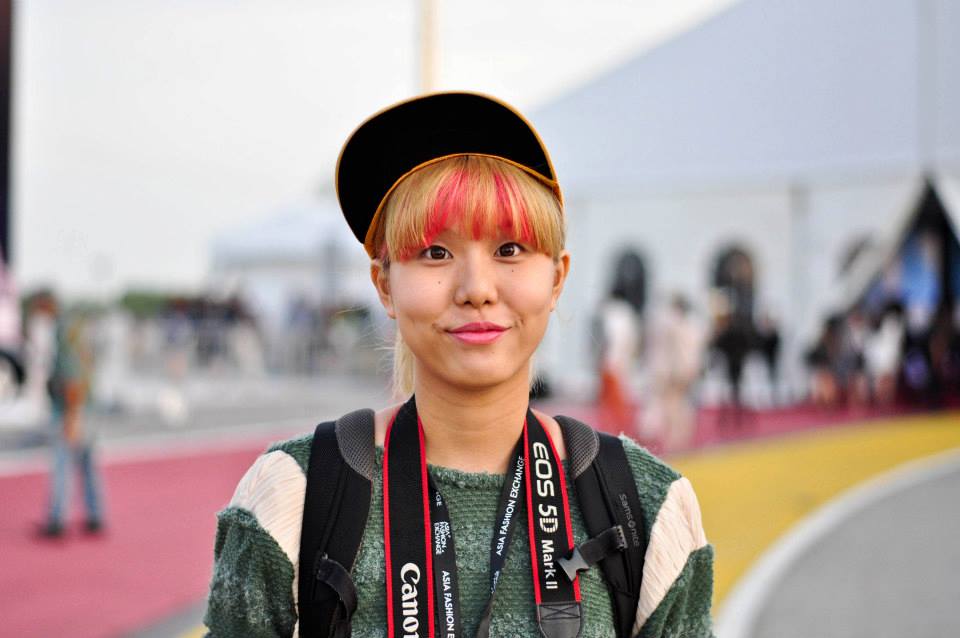 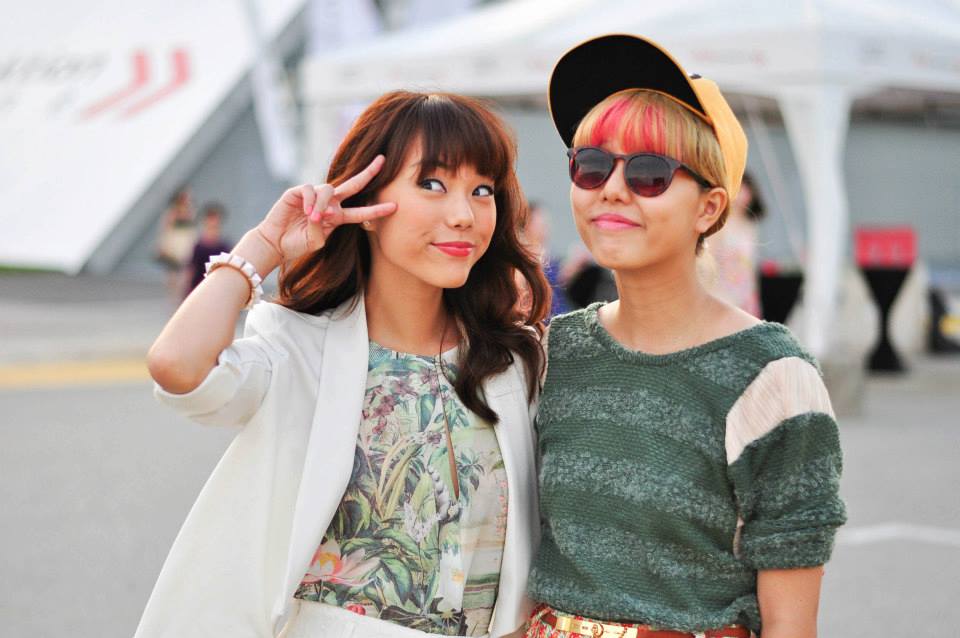 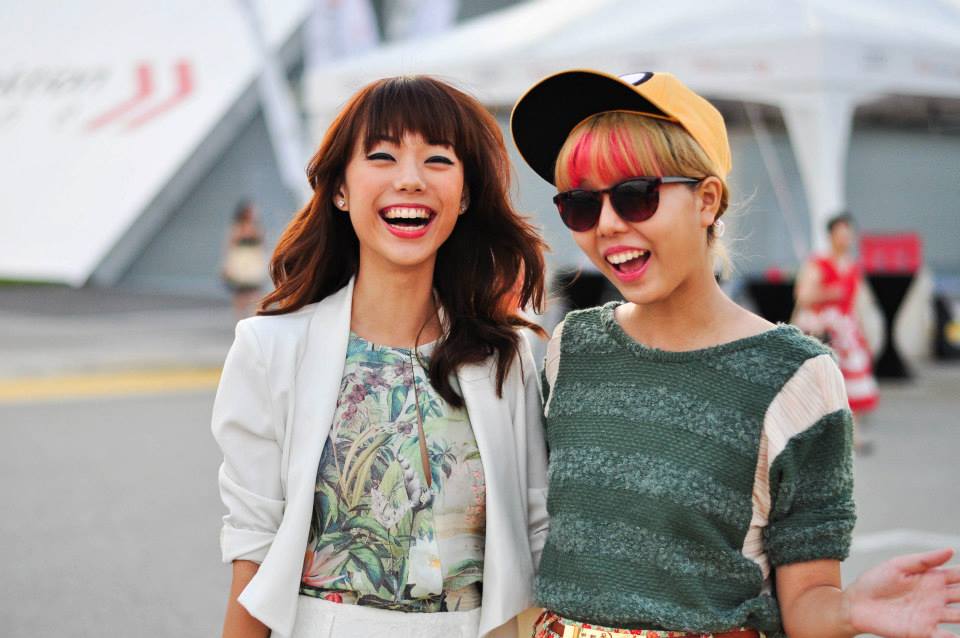 And Lenne before she flies off to Japan for three months- cherry blossoms galore. One day. One day I’m going to go to Japan and just jump facefirst into a pile of cherry blossoms. Do they pile up on the floor? Meanwhile the closest I get is the cherry blossom body shop soap we have at home, but all in good time.

In any case, Drea and I were there for the Ong Shunmugam FW2013 runway collection as part of the Future Fashion Now x Parco Japan showcase at the Audi Fashion Festival, having been invited by Wei Chun, who did the ad campaign for Ong Shunmugam. He’s also the one who was in charge of the shoot Drea and I did for Urbanhair back in December- insanely talented, you can check out his portfolio here. As with the previous AFF shows we attended, proper shots of the runway itself were close to impossible given the consistently shifting lighting, so here are a few shots courtesy of Her World: 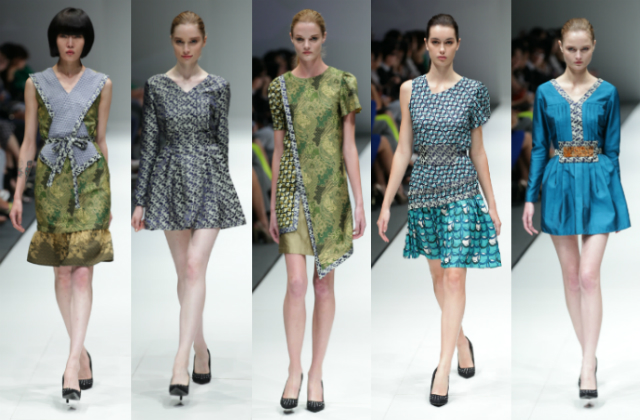 Whenever I Fall At Your Feet:
each piece in the collection is titled after an iconic building in singapore, which is a sweet celebration of local heritage. Ong Shunmugam’s first foray into fashion design was with her redesign of the cheongsam, and this collection continues to be so very oriental, with the layering of a lot of prints. Each piece is a head turner- and you can find last year’s Designer of the Year (Elle Awards, 2012) here and here:

Thanks so much for the invite, Wei Chun and Ong Shunmugam! What a glamorous night. Back to reality, now.