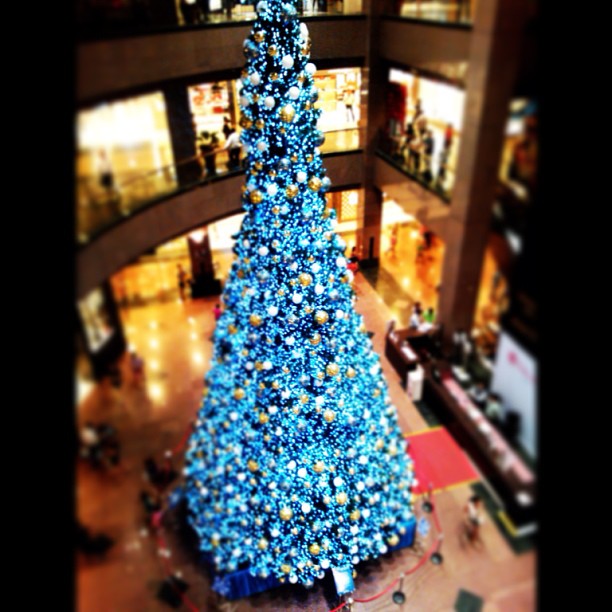 1. i tried telling my cat that the geek look is on trend this days but she is just not buying it.

2. not sure if there’s any tree at all under all those lights.

3. was joined by a quiet kid sneezing excuse mes while hiding in a corner of kinokuniya alone

I’ve been trying to decide if i should get a kindle/nook e-reader for the longest time you guys, context being: i read a lot. On the other hand, as always it’s a case of want versus need. I tried telling cindy that if we only bought things that we needed we’d all be living in gunnysacks and underwear and eating potatoes but she just yelled at me: YOU ALREADY HAVE AN IPAD. Well. I suppose she has a point there. It’s christmas season you guys, and the sky has taken to interpreting the traditional white christmas saying by cheerfully raining down on all of us after toasting us to a crisp in the mornings. Let no one say our local weather has no character or temperament. In other news, I’ve just finished Angela Carter’s The infernal desire machines of dr. hoffman in time for next semester’s course readings to upload and announce that it’s a core text for one of my mods. Christmas surprises all around! x