Hey Guys,
its been a hectic few days and I’m exhausted, so this is going to be somewhat of a mishmash jumble of (possibly incoherent) thought. You guys are probably tired of my long and wordy posts by now, no?

Anyway, wednesday night i headed down to Bar Stories with Christel to meet Stephanie (@stooffi) and Sarah (@sarah_chong), two of the other WCI girls from 1.5 years back. 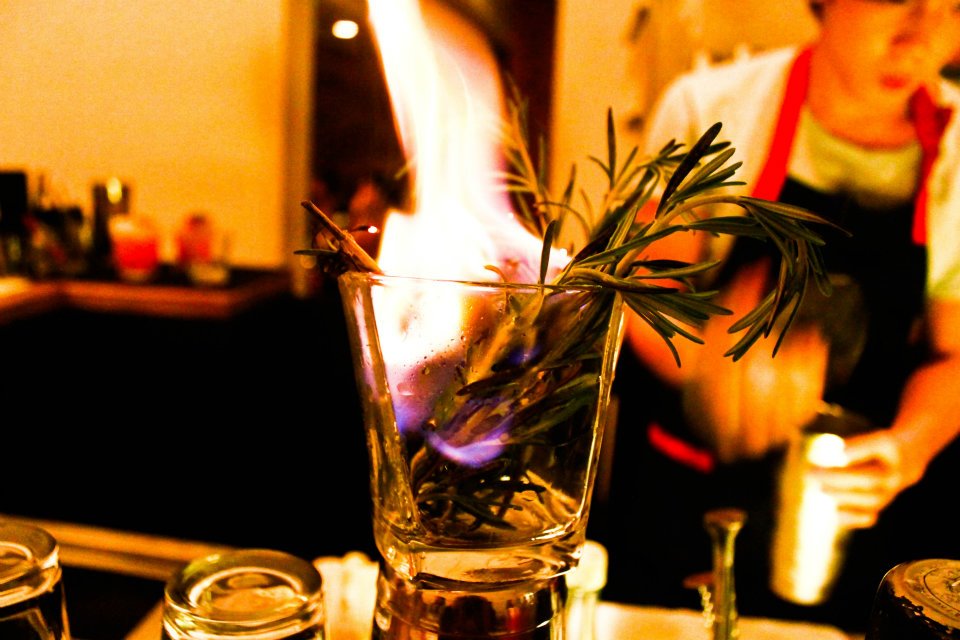 bar stories is this lovely place on the second floor of one of the haji lane shophouses. they don’t have a fixed drink menu (or at least i didnt see one) and they craft a different unique drink for you each time you order! Basically they shoot off a bunch of questions at you “sweet/ salty/ sour/ spicy/ no sugar/ adventurous/ safe/ etc?” and then create one on the spot for you! It’s the first bar I’ve been to that does this, very intriguing and the staff are incredibly friendly too. 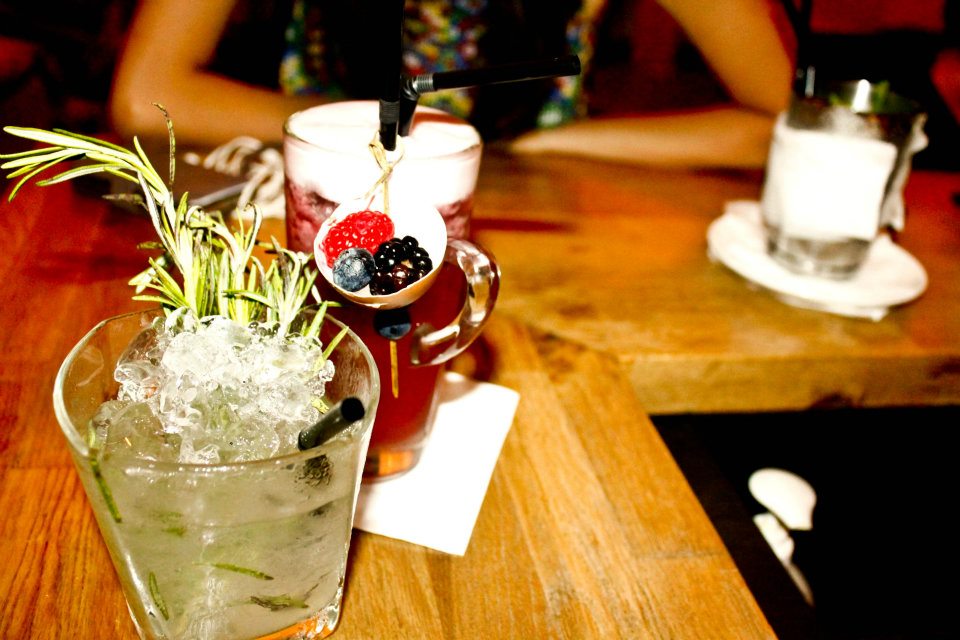 Some of their creations!

If it’s your first time there, sit by the bar. It’s dinner and entertainment- watching them craft each creation is nothing short of amazing.

Besides that,I’ve been hooked on this cover of Hey Ya by Obadiah Parker:

From the may mixtape i originally got from the designeditor. 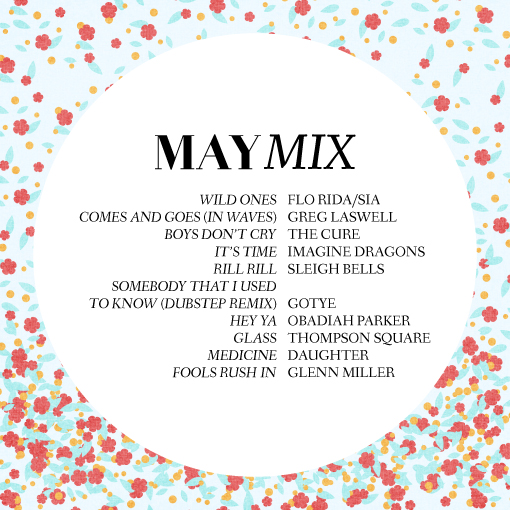 listen to the mix here.
All credits to the design editor!

A lot of you have also been asking me what my work entails/what i do exactly. The thing about being a copywriter is, if you mention it to anyone outside the media industry, half give you blank stares and the other half assume you’re some sort of photocopying machine. So just for clarity’s sake: a copy is anything written. Ie. Press releases, any text on a website, emails, proposal write-ups, white papers, editorial calendars and so on. So a copywriter is someone who basically writes a whole lot of copy. Someone once described it as being a graphic designer, but with words, and i think thats about right.

The other half of my job is being a social media strategist for Havas Media. Which mainly involves creating decks (slides), proposals and campaign road maps for clients detailing what they should be doing on social media channels for x amount of time.. and most of the time, execution too, ie. handling their social media channels.

Here’s a very simple deck i created for one of my clients this week. It’s by no means exhaustive, and barely scrapes the surface of social media strategizing, but its a rough overview. Also, its catered specifically to what the client asked for, so it only covers some areas of SMSeeding.

I sat down for a good two hours and poked around the internet and powerpoint till the point where my entire brain was saturated in fonts and typography and have since officially made powerpoint my bitch. This would have been very useful for my PW if i were still in jc .. but oh well. My sister, on the other hand, has been very quick to exploit this for her school presentations. 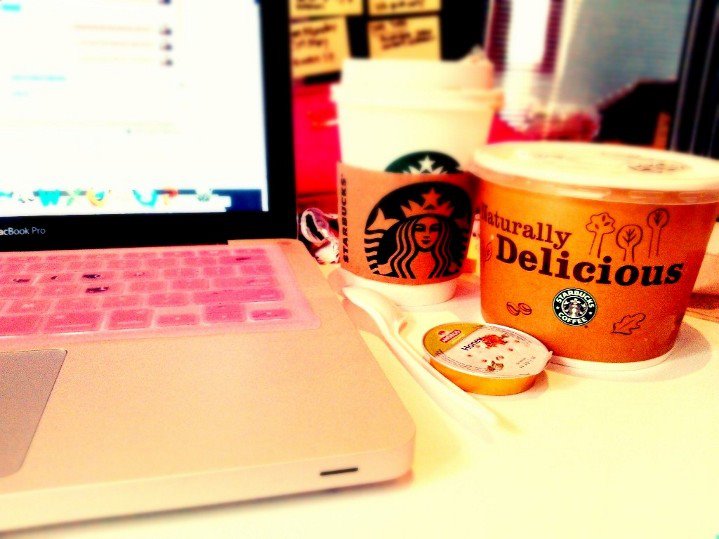 Starting off my morning right with starbucks and a fully charged Mac.

Like i said, it’s been a pretty hectic week. Exhaustion is now pretty much a consistent state of being.. but besides that, i’m feeling incredibly refreshed and oxygenated (lol!) In light of my whining about my backaches, the good folk at total health chiropractic had very kindly invited me down today for a bit of whacking up the bones into shape! I sounded about fifty years old saying that, didnt i. Nonetheless, it felt amazing- way better than any massage i’ve been for- but that deserves its own post. Soon. 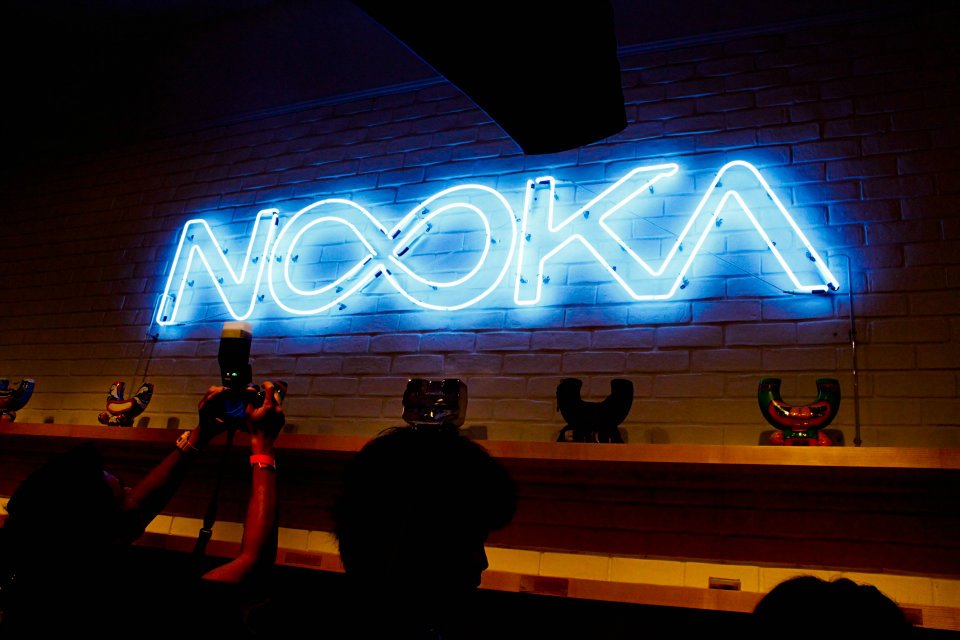 I also attended the Nooka x Manicurious launch this evening with Eunice and Andrea: a concept store which sells nooka watches as well as manicures specially designed to complement them. It’s also a cafe, and a bar, all within one shop space, which i imagine can get a little crowded especially during the peak periods.

Mandatory photo wall shot.
They also gave complimentary manicures, which was nice, except it got really crowded after 7 when the event opened to the public. Fortunately, Eunice and I went early under our media passes and didnt have to wait very long. 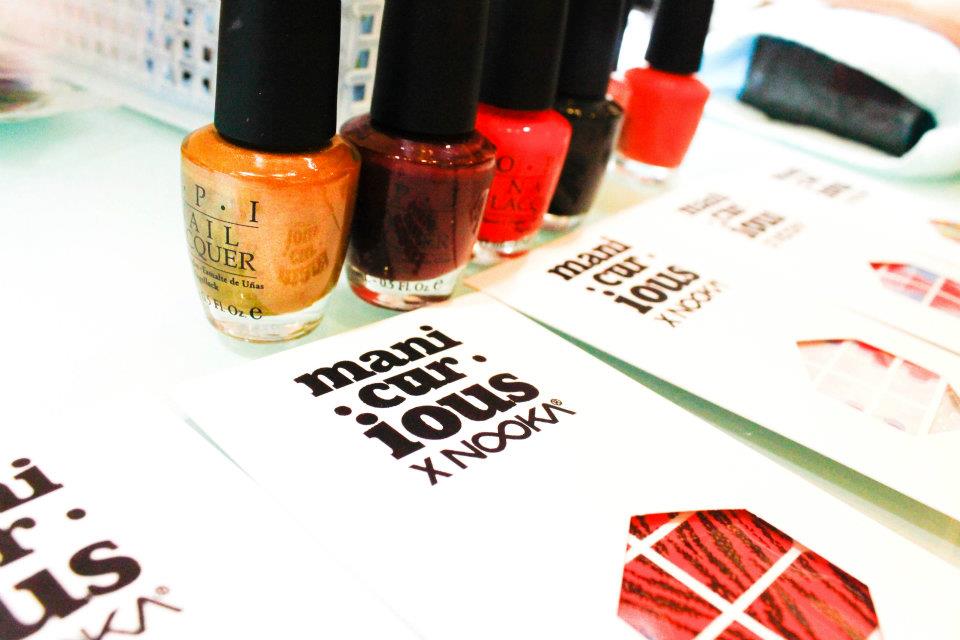 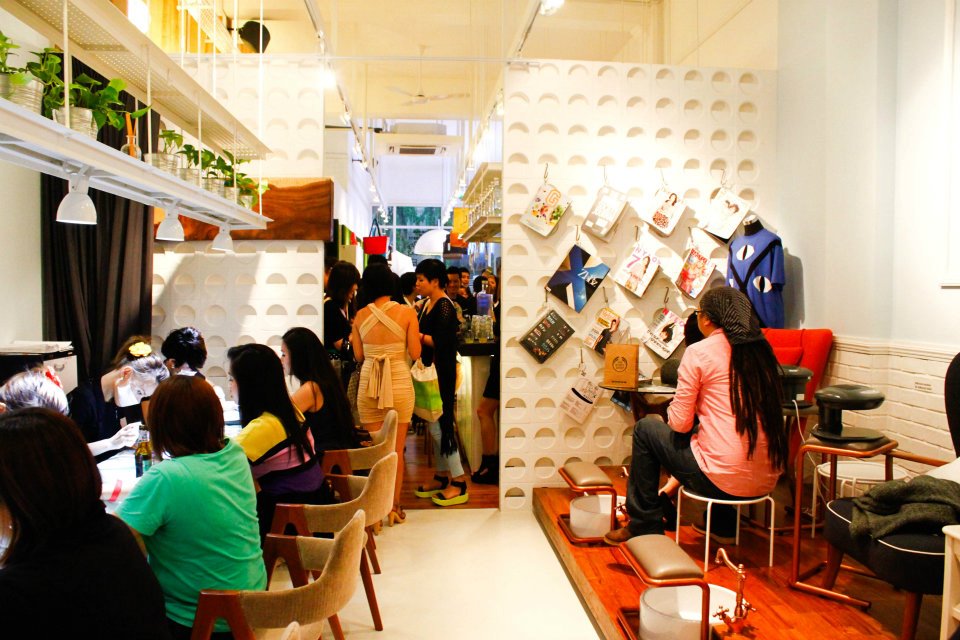 Is it just me? I don’t get nooka watches. i don’t even know how to tell the time on them. According to the brand ambassadors, you count the dots or squares on the watch which are directly proportional to the current o clock. Knowing how much a sucker for instant gratification i am.. i would probably get frustrated with it real fast in a JUST TELL ME THE TIME, DAMNIT! way. The brand ambassadors did confirm that once you got used to it, telling the time was instinctive and a breeze though. 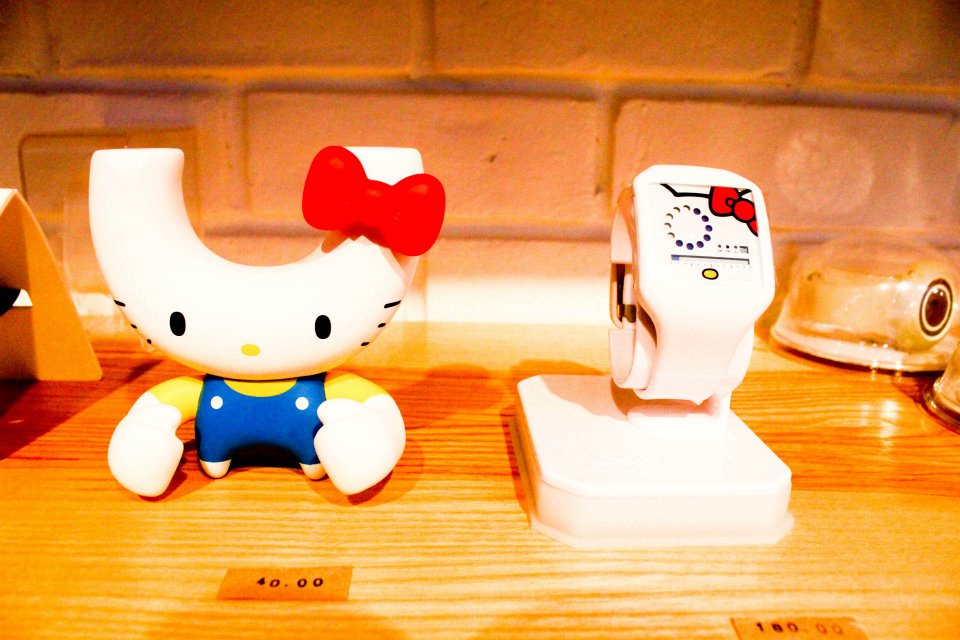 My favorite- the hello kitty nooka! This one has dots in a circular manner so its one of the easier ones to read.

i liked this so much i was considering getting it stenciled on my wall, except i mentioned a passing desire to shop and cindy tried to confiscate my master card.

personally i don’t think its very fair. I mean, Andrea bought 7 dresses in a day just last week! And whats with this rule that people shouldn’t buy more than one thing at a go anyway? its so.. restrictive. 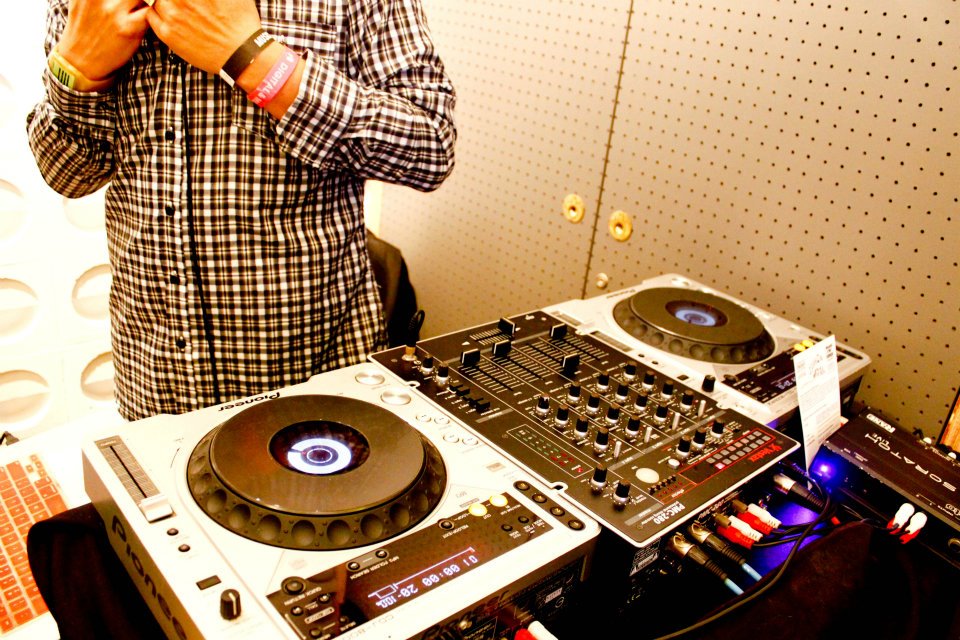 And the incredibly loud music by DJ Nomsta. It was so loud we were shouting our conversations at each other and after we left we continued shouting because we were slightly deafened. Passerby’s stared.

alright, thats about it for now. Im so sleepy my head is about to burst. I don’t know how that links up but somehow it makes sense. It probably won’t tomorrow, but you know what they say- jamba jumbo nooka blop. Or something along those lines. Yes i just made that up. See what i meant about incoherence?