Today’s post features Chen Zhi Ling, SUTD freshman (2012) with teal hair and a fetish for tadpoles and ankles, although she’s not so sure about hairy ones. Ankles, i mean, not tadpoles. JC H3 Art student as well as doodler her entire life 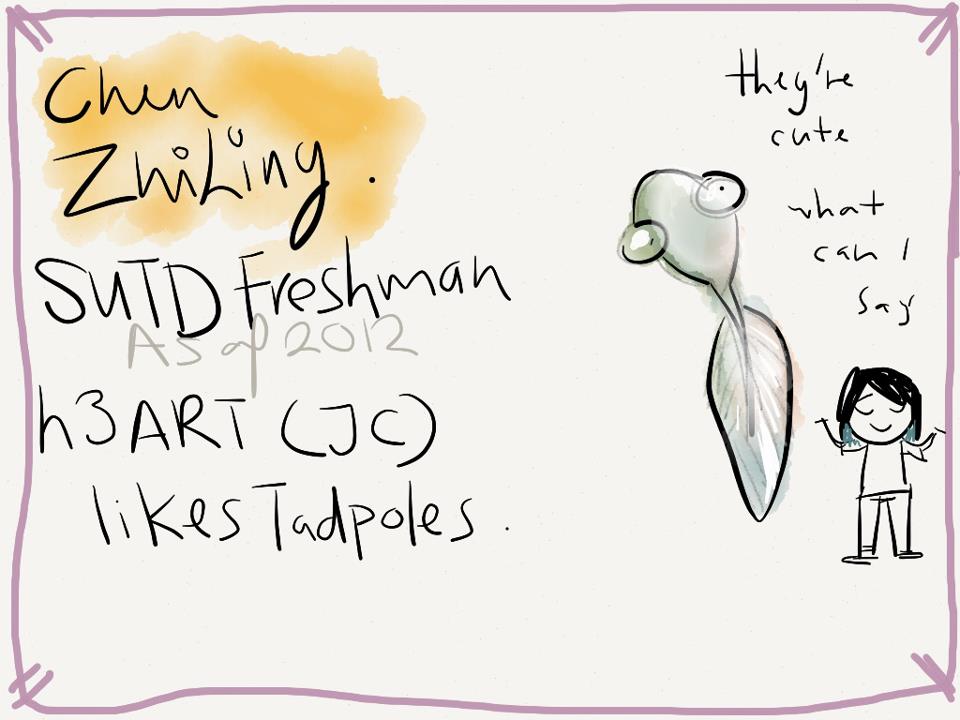 Also a penchant for stating the obvious.

In her words, the only cats worth liking are cats that drool. Otherwise, tadpoles are her choice of animals. Life goal: to invent a way to inject tadpoles with chemicals that make them stay tadpoles so they don’t turn into frogs. It’s like the princess and the frog, but a supremely warped version. 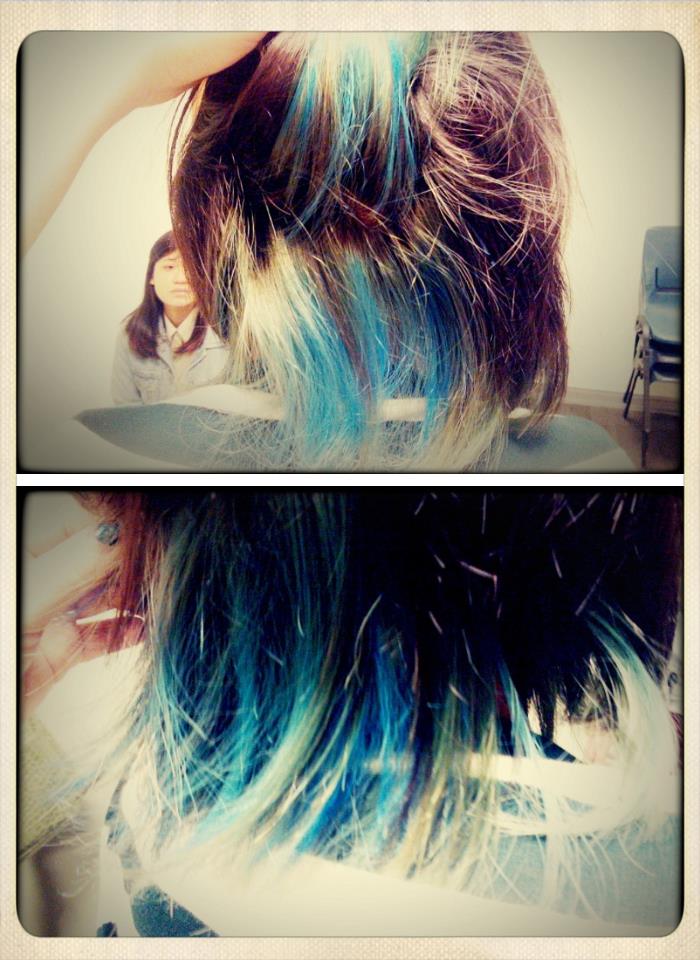 Observe her hair, which is carefully dyed in varying tones of teal, blue and seaweed green to resemble an underwater aquarium which “any tadpole would be happy to live in”.

Grammer Nazi-ing her is useless.

If you point out a grammatical or spelling error in her words, this is how it would go down:

Altogether a relatively interesting individual, although sustained conversation is often liked to taking a trip down wonderland with your brain stuffed with loopy land drugs.

She also draws commercially, you can view her previous (like, five years ago) artwork here and mail her with enquiries regarding commissioning art at zhiling_chen@hotmail.com!

ps. I’m thinking of making this feature thing (under the category ft.) a regular gig, where i post up artwork or literary work or anything, really, by talented individuals or anyone who wants their stuff to be seen. What do you think? (Also, email me if you want me to post up work of yours. I reserve the right to say no if it is explicit or whatnot ok.)