Currently listening to:If it kills me by Jason Mraz
Status:pink.


So simple yet effective, the kind of stuff we only dream about achieving. Gotta love ikea, seriously.

Other IKEA ads I’ve loved over the years:

Kind of makes me want to work on an ikea marketing campaign, feels as though nothing I’ve achieved in my term in media has remotely lived up to this standard. On a separate note, to all fresh grads interested in a job in media, my ex company is hiring a digital media executive- email me for more details! 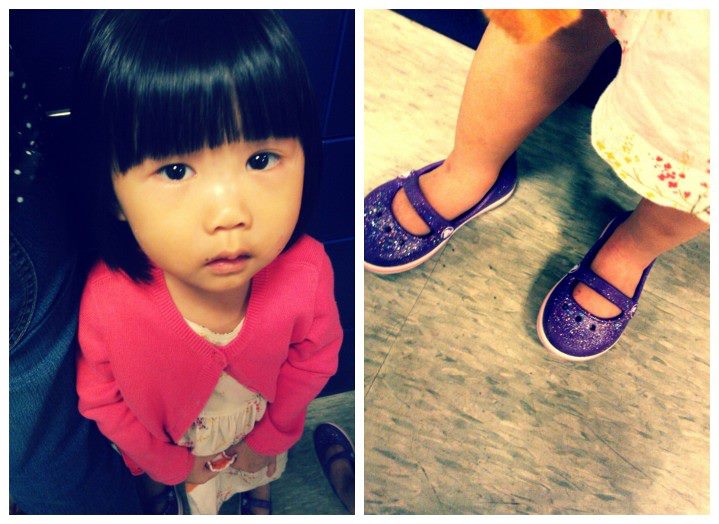 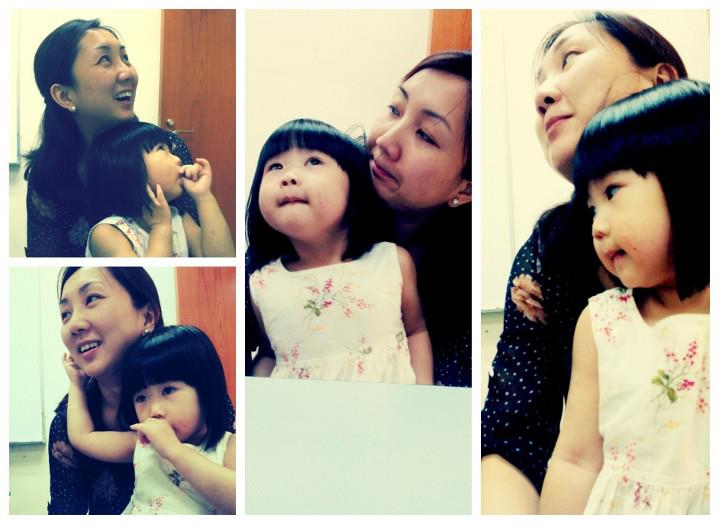 A bunch of pics i took of Odelia while trying to convince Hui Ping (her mom) to buy this phone. Check out her SHOES. Glitter and purple and they make me feel very inadequate in my own comparatively tame black suedes. They also have a hello kitty emblem on the side, what, UP. I have been ousted by a three year old kid in terms of STATEMENT MAKING SHOES and what not. Major love those pumped up kicks.

3. Dad’s, Sing Like You Mean It Because Your Kids Are Watching

A piece featured in my church’s bulletin this morning which i particularly liked:

My father was a wonderfully eccentric man. He was a quick witted recluse and a virtual Picasso of mechanicalia. He worked third shift (11:00PM to 7:00AM) for 37 years (without missing a day or ever being late) so as to avoid having his talents “supervised into obscurity.” To most people outside of his family he was hard to understand and blissfully unconcerned with anyone else’s opinion of him. But despite all of that he was very overt about his faith in, and love for, our Savior Jesus Christ.

Though I hold many cherished memories of him, perhaps the most vivid was his excitement over singing certain hymns. By all accounts he possessed at best an “average” voice when it comes to uniqueness and tonal quality. But he sang his favorites with a conviction that was beyond convincing and was by far one of the loudest and most joyful voices in a congregation of approximately 350. I remember looking up at him and “checking him out” while he was singing… “Is he for real?” I would wonder. When he would catch me looking at him he would simply “lock-eyes” with me and sing all the louder while he broadened his grin to match proportion with his pleasure.

He wouldn’t just sing hymns at church either. I can think of many times when the two of us would be welding up a go-kart frame or swapping an engine on a Saturday afternoon and he would spontaneously break into a hymn. In my teens and early twenties I actually found it annoying given the perplexity of some of the situations we would be deep into. But then again I would eventually come around and sing with him anyway. I just never managed to muster the joy he got out of it. I didn’t think about it then but I can see clearly now that he was blessing me with rich God honoring doctrine. That he was lovingly cramming truth into my psyche that would not return void in my soul.

The now heart-softening aspect of these memories is that I am standing here in my church singing these same time impervious truths in front of my children. I catch them looking up at me and I wonder if I am anywhere near as good an example as he was. I get caught up and overwhelmed when I recognize the blessing that God had granted me in an earthly father. How diligent Dad was to bless me in an eternal way without ever making a point to tell me that he was doing it.

Jack McCracken passed away on March 9th of 2010 from pancreatic cancer. The last day I saw him alive was March 8th. We were alone and I was brutally tired from all that had preceded. He could not speak or even open his eyes but the nurses assured me that he could hear so I just prayed for him and encouraged him to trust in Jesus and look for him to come soon. When my nephew arrived I felt comforted that dad would not be alone and I decided to return to my parents’ house and get some rest. I asked my nephew for just a few moments alone with dad and I grasped his hand firmly, kissed his forehead and said: “You did a fantastic job as my father and I am so glad I got to be your son. Thank you for taking me to church. But more importantly thank you for going to church and being joyful there. Thank you for singing like you meant every word… You have no idea how that still affects me… I love you dad.

I stepped back and whistled a “call” he had taught me when I was very young. It would not have been discernible to anyone in a crowd but it meant “I am right behind you” and “I am coming.” I hugged my nephew and thanked him for coming then drove to my parent’s home. Three hours later I was awakened by a phone call from my nephew telling me that “Grampa was gone.” I slumped back into my chair. I wept bitterly. Then I cried out to God for comfort and without much thought I began singing one of Dads favorite hymns…“Jesus paid it all.” As I was singing I began to hear Dad’s voice singing with me… Not as any kind of haunting specter or communion with the dead kind of thing. Much more like a perfect echo… I began to envision his face and felt like I was a little kid again looking up at him. His grin was broadening and his voice was getting louder. I began to thank God over and over for the gift he had given me in my earthly father and the gift of salvation that he had granted to both dad and I. I just laid on the floor and prayed then cried, then sang then prayed some more. I have no idea how long I spent in that state but I can tell you that God granted me peace through it.

Now almost two years later I am still unable to sing a lot of those “old-Baptist” tunes without experiencing the “echo” of my father. I count it a privilege to sing these rich truths in tribute to the one true God; but I also experience the benefit of knowing I am fulfilling the scriptural command to honor my earthly father as well.

I decided to write this all out first as a means of expressing for myself what is sometimes difficult to verbalize. And secondly as a means of encouragement to the fathers in this church. Please sing like you mean it on Sunday morning. I am not asking you to “fake” anything… but rather embrace the very meaning these songs were written for. Seek to express your joy in your Savior Jesus Christ by singing in response to what he has done for you, and in agreement with the truths imbedded in these songs. Neither am I encouraging you to do this specifically for your children’s benefit but first for yourselves with the added comfort of knowing how much it will affect your children. I am simply encouraging you to worship in spirit and in truth. Sing strong because that is what God wants from you. Trust God to bless your children with the echo.

taken from the blazing center, a modern christian blog. firstly i felt that the testimony given was inspiring and i am going to blast down the people sitting in front of me in church into wide awake-ness from now on during congregational singing, and secondly when people ask me why i only study late at night i shall say it is because i do not want my talent to be supervised into obscurity. Loving the writing style- such effectively elegant prose for such a sticky topic.