In the office with @ladyxtel and @askaaronlee 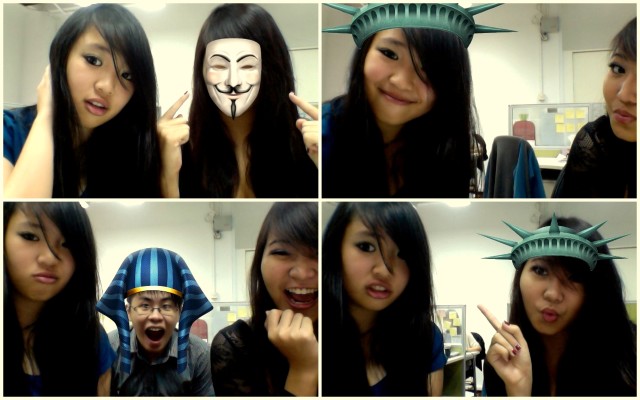 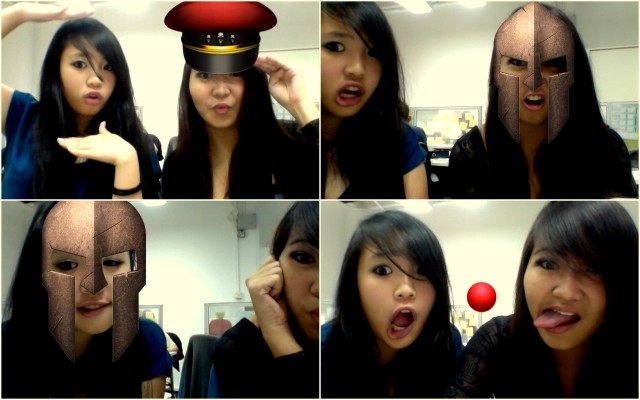 APARTMENT 2B
by Albert Abonado

I think my neighbor is dead, or maybe I don’t know
what to do with a neighbor so quiet compared
to the ones that came before her, like that couple
who found a reason to fight every day, and I laughed the day
I heard the man cry out about the black eye his girlfriend gave him,
and when I saw him the next day down in the basement
doing laundry I wanted to ask: hey man,
what happened to your face? but instead I said:
I think you dropped a sock.
I didn’t have the heart, if that’s what
you want to call it, to point out the thing I already knew, but it doesn’t matter,
they moved a few weeks later, replaced by the lesbian couple
who did nothing but vacuum and have sex, so whenever I sat
in my living room to eat a bagel or read the review of a movie
I’ll probably never see, I had to listen to the whir of their Hoover
or the way they moaned their affirmations to one another.
Those were the times I listened closest
except when my girlfriend came into the room and wanted to know
why I was so concerned about the wall and I would tell her
Something violent happened, but don’t worry, it’s all over now
but she knows me, and what I do late at night when she sleeps
You were listening to the lesbians again, which is the reason why
I had a sheepish grin on my face most of the time until they packed up,
box spring and all, which brings me back to the old woman,
who is sweet the few times I talked to her and shares my taste in sitcoms
from what I hear, although I don’t want to imagine her
having sex with anyone, because she reminds me
of my grandmother, well, before my grandmother
lost her eyesight, and talked about chickens all the time.
I attended her funeral but didn’t cry
because, by then, she was more of an idea than a woman tethered to my life,
and anyway, this isn’t about my grandmother, but the old woman
of whose death I’m almost certain, and the sudden concern
I have for her, and whether or not I’ll smell her dying.

Ladies and Gentlemen i am far gone with far gone in Italics. I know this because:


1. when i write papers or do my research at work, i stream my favorite scenes from Sonny With A Chance ft. Chad Dylan Cooper and leave it running in the background just so i can hear them talk.

2. I can memorize almost all the lines from episode ten and fifteen in season two.

Okay i know everyone must be really, really sick of hearing me moon on and on over CDC but seriously, i’m down with an extreme case of Disney-tritis. My mum asked me yesterday in utmost seriousness who Sonny and Chad were, she thought we were actual friends from the way i gushed about them.

ISNT THE INTERVIEW JUST ADORABLE.
(I am probably biased though….)

Answering a few questions i’ve been getting of late,

1. yes i do love disney shows, except pipi and lala or ubin and upa or whatever that is. I loooove Zack and Cody, all the old school animated shows, recently finished Sonny with a chance season 2 and i also sometimes watch Hanah Montanna when my sisters are watching it on TV in the living room.

2. In response to the why go alone to NY question which God knows ive been getting lots of, firstly i really do think this is the best time of your life to do spontaneous things, we’re young, we’re teenagers with stupid ideals and get overexcited over everything, when better to throw it all together and visit a new country? After university, everyone will/might/i dont know/probably will be searching in a mad rush for jobs and then when you get older you’re like all married and you need to think of housing loans and costs and it just isnt the same anymore. Not that it isnt good, just, you know, different.

Secondly, i’ve always wanted to go to New York – i blame Mary Kate and Ashley Olsen and their New York Minute movie which left me with the idea that if i run off to new york somehow i will run into a hot guy on a bike and get a makeover in a hairdressing shop filled with Oprah-Winfrey-esque people and end up on a university stage talking about Avril Lavigne……. yeah

Thirdly, i recognize that i am extremely, extremely fortunate to be working as a writer at such a young age, which made it barely financially feasible to pull this off without taxing too much on my parents (although they did, thankfully, help me with some of the costs involved) and believe me when i say this trip is bleeding my bank account dry of all those months of writing my ass off..

Fourthly, the timing is good. The trip would be completely impossible without my sweetheart Georges whose Manhatten apartment im crashing- do you have any idea how expensive hotel fares are??? So, thank you George! Love you ^^

(GEORGE IS A GIRL. PEOPLE NEED TO STOP ASKING ME IF IM RUNNING OFF TO STAY WITH A GUY IN NEW YORK. GUUUUUUUUUUYS!!! SERIOUSLY! IM A PASTOR’S DAUGHTER!!!!!!! ok so was katy perry but that’s not the point.)

I hope that answers all your questions! (Honestly got slightly tired of repeating myself in emails/FS questions haha sorry)

Also, that whole disney crazed phase im going through (always have loved disney, but recently its been a little more.. uh.. extreme..) has got me all ooh follow your dreams book the first flight out of here ohyeahhhh so…